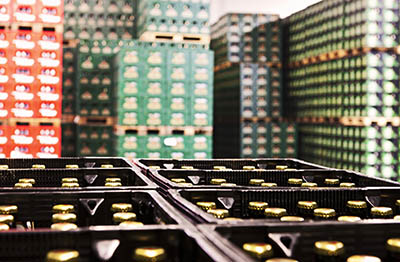 The United States Court of Appeals for the Ninth Circuit (Ninth Circuit) issued a ruling last month that requires arbitrators to disclose whether they have an ownership interest in their alternative dispute provider organization.

The decision is the first to make clear that JAMS, the for-profit organization involved in the case, along with other for-profit arbitration services, will be required to disclose which of their neutrals have ownership interest in their companies to avoid the appearance that an arbitrator may be partial to a party.

The panel ruled that Olympic Eagle could not make an informed selection of an arbitrator because he did not disclose his ownership stake in JAMS before conducting an arbitration involving its substantial, ongoing client Monster Energy.

“The Ninth Circuit ruling reaffirms the expectation of fairness that is fundament to the arbitration process. A fair hearing in front of an impartial decision-maker is important for parties to have confidence in the legal system,” said Shawn Bai, Chief Financial Officer at Olympic Eagle.

The decision stems from a 2006 dispute over an agreement between Olympic Eagle, and Monster Energy, to sell the company’s drinks for 20 years in an exclusive territory in Washington state. When Monster terminated the 20-year agreement 12 years early, as part of its $2.15 billion equity transaction with Coca-Cola Co., Olympic Eagle sought relief under the Washington Franchise Investment Protection Act, which prohibits termination prior to the end of the term without cause.

In the appeal, the Ninth Circuit found that while the arbitrator gave notice that like all JAMS arbitrators, he had a "general economic interest" in the "overall financial success" of JAMS, he “likened his interest” to that of every other JAMS neutral.  Olympic Eagle learned after the award was issued that the arbitrator and one-third of all JAMS neutrals are owners, and two-thirds are not.

The Ninth Circuit found that the arbitrator’s ownership interest in JAMS’ relationship with Monster Energy needed to be disclosed because he “has a right to profits from all its arbitrations, not just those that he personally conducts.” It noted that over a five year period, JAMS administered 97 arbitrations for Monster: an average rate of more than one arbitration per month.”

The Ninth Circuit found that the “crucial fact—the Arbitrator’s ownership interest—was not unearthed through public sources” and “JAMS repeatedly stymied Olympic Eagle’s efforts to obtain information about JAMS ownership structure and the Arbitrator’s interest” after the arbitration award was entered.

The Ninth Circuit agreed that the arbitrator’s undisclosed interests created the “appearance of partiality,” and that it is “simplicity itself, and no real burden, for an arbitrator to disclose his or her ownership interest in the arbitration company for which he or she works, as well as the organization’s prior dealings with the parties to the arbitration.”