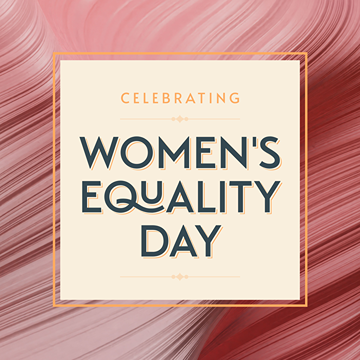 In 1973, U.S. Congress designated August 26th as Women’s Equality Day to commemorate the 1920 certification of the 19th Amendment to the Constitution, which granted women the right to vote. This was the culmination of a massive, peaceful civil rights movement by women that had its beginnings more than a century earlier in 1848 at the world’s first women’s rights convention in Seneca Falls, New York. The observance of Women’s Equality Day not only commemorates the passage of the 19th Amendment but also signifies women’s continuing efforts toward equality for all.

At Foster Garvey, we celebrate Women’s Equality Day by recognizing the great strides that women have made throughout history and the continued progress taking place every day. Women’s Equality Day also serves as a reminder of the value of leaning into our differences and welcoming varied perspectives to promote a spirit of belonging. Three women leaders at Foster Garvey – Diana Shukis, Emily Gant and Hillary Hughes – each shared their personal experiences and observations navigating a career as a woman attorney. They identify where positive change is happening, where significant work still remains and some of the specific ways they help champion opportunities for a more equitable environment.