In connection with the case Fourth Estate Public Benefit Corp. v. Wall-Street.com LLC pending before the United States Supreme Court, the American Bar Association (ABA) has filed an amicus curiae brief on September 4, 2018 in support of the “application” approach to the copyright matter at issue, arguing that the Supreme Court should clarify that litigants should be allowed to file suit in U.S. federal court even if their copyright application is on file but still pending with the U.S. Copyright Office. The ABA takes the position in its brief that the "application" approach (currently followed by 5th and 9th Circuits) is more consistent with the text and purposes of the Copyright Act, and that to adopt instead the contrary "registration" approach (currently followed by 10th and 11th Circuits) would put U.S. authors at a disadvantage vis a vis foreign authors. 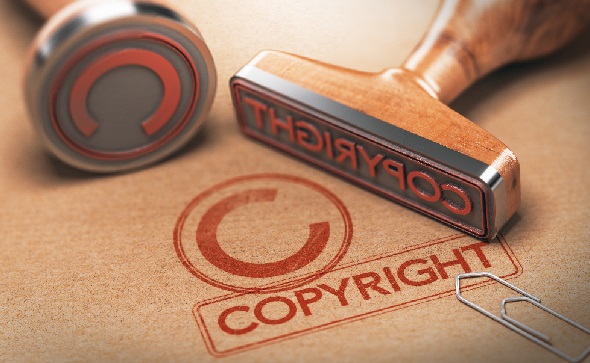 Under the Berne Convention, to which the U.S. is a signatory as of 1988, copyright arises with the creation of a work and does not depend upon any formality such as a system of public registration. The Berne Convention intended to lessen formalities under copyright law and grant greater protections via copyright. The ABA brief argues that in light of this, if the U.S. takes the position that not just creation and application for formal registration of copyrightable works, but also receipt of a registration certificate from the U.S. Copyright Office is required before a copyright holder can enforce rights via the U.S. court system, it would be inconsistent with the Berne Convention goals. It also would be inconsistent with other portions of the Copyright Act, which note that formal registration is optional, and which clearly state that if formal registration is received, the effective date of such is the date of application. Further, the ABA asks the Supreme Court to acknowledge that even if registration is refused by the Copyright Office, U.S. courts are not bound by the Copyright Office's decision, as copyrightability is reviewed de novo in copyright litigation (Darden v. Peters, 402 F. Supp. 2d 638, 641 (E.D.N.C. 2005), aff’d, 488 F.3d 277 (4th Cir. 2007); see also Bartok v. Boosey & Hawkes, Inc., 523 F.2d 941, 946 (2d Cir. 1975)), and thus waiting for the Copyright Office's determination serves no real purpose.

The ABA brief also points out that if the Supreme Court favors the "registration" approach, U.S. authors will have an added requirement that authors of foreign works would not have. This added burden of obtaining registration prior to being able to litigate or enforce copyright rights through the U.S. court system would unfairly put U.S. authors at a disadvantage, since registration through the U.S. Copyright Office can take several months if not more than a year on average to process. On the other hand, the "application" approach would reduce the inequity and permit more ready access to U.S. courts for copyright holders to protect their valuable intellectual property rights.

The ABA was founded in 1878 and is a voluntary group of lawyers and law students across the United States. In addition to setting academic standards for law schools and the formulation of model ethical codes related to the legal profession, the ABA Section of Intellectual Property Law, which was established in 1894 (three years before the U.S. Copyright Office was created), is known to be the world’s oldest and largest organization of intellectual property professionals.

Four other amicus briefs were submitted on September 4 in support of Petitioner, Fourth Estate, as filed by The Copyright Alliance, the National Music Publishers’ Association, et al., the Authors Guild and Other Artists’ Rights Organizations, and the International Trademark Association. Each of these support the “application” approach for similar reasons. The brief by the National Music Publishers’ Association, et al. asserts that the Copyright Act is intended to ensure that copyright owners can stop infringement of their works without delay, and that pointing to the Copyright Office’s special/expedited handling procedure is no answer given that the availability of the procedure is discretionary, costs hundreds of dollars (currently, $800), and there is no guaranteed turnaround time. The Authors Guild brief also adds that requiring registration when there are tolling statutes of limitation puts potential litigants in a difficult position given the known lengthy examination periods at the Copyright Office, and creates a risk that U.S. authors could lose the right to enforce copyright rights completely. Not everyone feels though that the “application” approach is supported by the statutory language, as the U.S. Solicitor General’s Office noted in its own amicus brief submitted earlier on May 16, 2018.

After the permitted time period for amicus curiae briefs for cases before the Supreme Court, the next phase is oral arguments, scheduled between October and the following April. A decision from the Supreme Court in this case is expected in the summer of 2019.