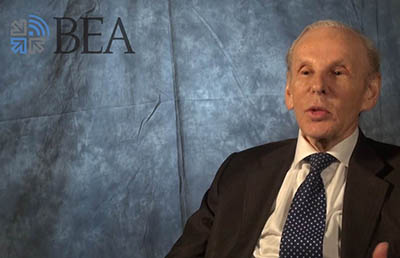 Based in GSB's Washington, D.C. office, Erwin focuses his practice in media property transactions. He has been involved in transactions valued at $21 billion in aggregate. Legal Times has described him as “a dean of the Washington communications bar."

The BEA Thought Leadership Series, also known as BEATLS, introduces faculty and students to influential and/or historical figures in the media industry. The interviews aim to explore each professional’s background, career path, and day to day responsibilities as well as highlight industry trends.