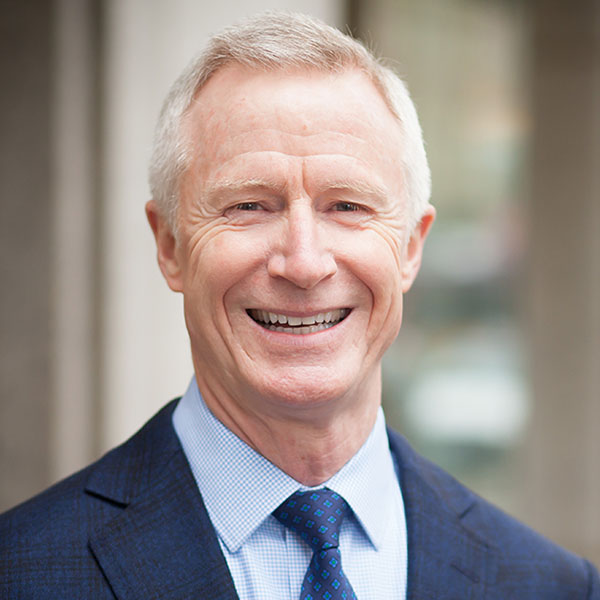 Gregg Rodgers, an esteemed attorney with Foster Garvey legacy firm Garvey Schubert Barer and a long-time board member of the Washington State China Relations Council (WSCRC), was presented with the 2021 Sidney Rittenberg Award for Lifetime Achievement for his extensive involvement in enhancing relations between Washington state and China. Gregg retired from Garvey Schubert Barer in 2017.

The award was presented during the WSCRC’s Annual Gala, which was held virtually on February 2, 2021, with more than 200 guests in attendance. Since 2014, the Sidney Rittenberg Award has been given out each year to a distinguished leader who has made significant contributions to the improvement of U.S.-China relations and has demonstrated a commitment to strengthening connections between both nations.

“Gregg has long been a role model to many of us for his remarkable ability to bridge diverse perspectives and find common ground among groups and individuals,” said Foster Garvey Co-Chair Diana Shukis. “We are incredibly proud to see him receive this honor.”

During his career, Gregg devoted countless volunteer hours to the WSCRC and worked tirelessly to improve U.S. and China relations through his efforts. Gregg served on the WSCRC Board of Directors between 2005 and 2020, and he served as its Chairman from 2010 to 2013.

From 1997 until his retirement in 2017, Gregg was an attorney with Garvey Schubert Barer where he served as Chair of the firm’s Immigration practice. His active involvement in immigration matters allowed him to regularly interface with a number of Chinese clients, including China Ocean Shipping (Group) Company (COSCO), and other China-based entities. Additionally, Gregg previously served as Assistant Attorney General in the Washington State Office of the Attorney General from 1983 to 1986.

“I would like to thank Garvey Schubert Barer, now Foster Garvey, for allowing me the valuable time to carry on the commitment to the organization,” said Gregg upon receiving the award. “Having an organization such as WSCRC is fundamental in coalescing the interests of our governments, our educational systems and the arts so we see each other as individuals.”

Founded in 1979, the WSCRC is the oldest nongovernmental organization advocating at the state level for increased trade connections with the China. Its membership comprises more than 100 companies, financial institutions, ports, municipal governments, institutions of higher education and cultural organizations.