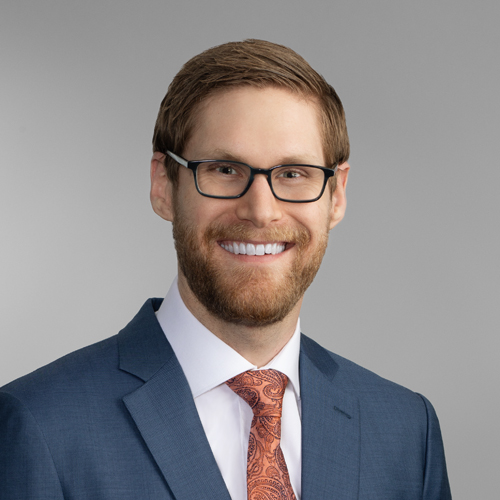 , 2020, Seattle, WA - Foster Garvey is pleased to welcome Dan Youngblut, who has joined the firm’s Creditors’ Rights & Bankruptcy practice in Seattle. Dan will add depth and substantial experience to the firm’s existing practice. Dan will focus on representing creditors, trustees and other constituencies in bankruptcy proceedings, receiverships and myriad distressed scenarios.

Prior to joining Foster Garvey, Dan worked at Paul, Weiss, Rifkind, Wharton & Garrison LLP in New York City, where he represented companies and creditors to companies from various sectors of the economy, including energy, automotive, entertainment and finance. In addition to core bankruptcy matters, Dan also has substantial experience with out-of-court restructurings, loan workouts, litigation arising from bankruptcy filings, settlement negotiations and mediations, review and analysis of debt documents, secured transactions, forbearance agreements, and claims trading. In addition to Washington state, he is also admitted to practice in New York state and the U.S. District Courts for the Southern of New York and the Western District of Washington.

Foster Garvey PC was established through the combination of two storied Pacific Northwest-based law firms, Foster Pepper PLLC and Garvey Schubert Barer, PC, in 2019. Foster Garvey is now one of the largest firms in the region with six offices in Seattle, Portland, Washington, D.C., New York, Spokane and Beijing, offering an extended national and international reach to serve several of the most influential and innovative companies, governments and individuals in the country across the full-spectrum of legal services. The firm's attorneys are consistently recognized for their deep industry knowledge and superior client service by prominent legal industry publications including Best Lawyers in America©, Chambers USA and U.S. News-Best Lawyers “Best Law Firms.” In addition to providing efficient and effective counsel, Foster Garvey will continue to provide a strong commitment to community service, pro bono work, diversity and inclusion efforts, and a collegial and equitable work environment.