A Family Affair: Mamnoon Brings Something for Everybody in Seattle

Wassef Haroun and his wife, Racha, opened Mamnoon in Seattle’s Capitol Hill neighborhood in 2012, determined to bring a Middle Eastern menu and sense of hospitality to a city not widely known for its mana’eesh, a Lebanese flatbread often topped with cheese and spices, or its za’atar, an herb mixture based on thyme and sumac.

Nonetheless, Wassef and Racha’s culinary experiment in the Pacific Northwest has been a great success. Within a year Mamnoon was named best new restaurant by both Seattle Met and Seattle Magazine.

Customers from around the world, all walks of life and all lifestyles are now a regular sight at Mamnoon’s dining room and take-away window--not to mention the local excitement around new ventures the couple has opened in 2016: Mamnoon Street, Anar and only-in-Seattle MBar.

The Birth of a Restaurant Concept Rooted in Rich Culinary Traditions

The Haroun’s success spring from their roots; both hail from Syria and have family ties throughout the region—Lebanon, Iran and elsewhere. They grew up surrounded by a rich culture that emphasized a welcoming hospitality, a tremendous food experience and appreciation of good friends. 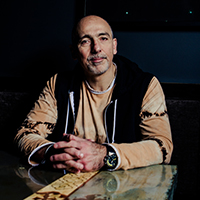 The Harouns first moved to Seattle in 1989 when Wassef, a self-professed geek by trade, was hired by Microsoft to develop software platforms that would work with Arabic languages. Years later Wassef became a venture capitalist, investing in high-tech start-ups and working in Paris and Dubai. It was during his time as a VC that Wassef first began working with Garvey Schubert Barer to navigate the intellectual property issues around some of the startups he was advising.

After their third child, the family decided to return to Seattle, and they soon settled on opening a restaurant that would allow them to share some of their cultural heritage and food traditions with the city.

They decided their focus would be Lebanese street foods, but they also wanted to give the classic recipes a little push, a few “adjustments” that would not only to make them unique but also to give a more diverse appeal that could expose as many people as possible to the intoxicating flavors and smells of their upbringing.

The goal of the menu and physical experience at Mamnoon is to provide something for everybody in Seattle, from those looking to buy a quick and inexpensive lunch, to those that might want to sit down for a special evening meal with family, co-workers or business partners.

Sharing Regional Delicacies with the Masses

When Mamnoon opened in 2012, the main feature of the Capitol Hill location’s storefront was a take-out window on the street. From here the Mamnoon crew serve mana’eesh and other dishes to busy local and tourists moving between Seattle landmarks. 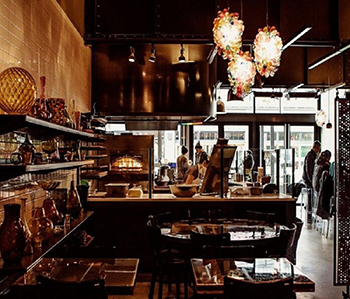 Inside, Mamnoon customers discover several more layers to the experience that Wassef and Racha are offering. In front is a raised communal table that encourages conversation and sharing. In the back are the more familiar tables, booths and a lounge for those interested in a more formal, or more private, dining experience.

“Part of what we’re doing is a cultural mission, not just a commercial endeavor. Good food isn’t exclusive to expensive food. We wanted to offer an entire range of experiences.”

A Cultural Hub Providing Opportunities for Giving Back

The cultural exchange at Mamnoon isn’t a one-way street. The restaurant is also the site of monthly gatherings that offer Seattleites an opportunity to learn about Middle Eastern culture, music and history. Wassef and Racha also coordinate several campaigns that support those in need in their homeland, such as thousands of dollars in donations (funded in part through sales at the restaurant) to the United Nations Syrian Refugee Agency and other organizations.

The Harouns are betting on the open-minded nature of Seattle, and that the rapid growth of the region is making it an urban center unrivaled in the world for people from all walks of life, all incomes and all lifestyles.

Wassef notes that Seattle is home to some of the nation’s most innovative social and economic trends, and that what starts in Seattle is often a template for other cities. Like most cities wrestling with the changes that come with new growth and demographics, restaurateurs and other entrepreneurs are at the forefront of making those changes work.

A Recipe for Success – Passion, Innovation and Gratitude

Mamnoon has been able to handle all of the complex issues that face businesses in Seattle, from those required to get off the ground to those that keep the restaurant running successfully. Issues related to labor and staffing, compensation, the public safety issues that any restaurant must address, real estate negotiations and risk mediation are all par for the course at Mamnoon. 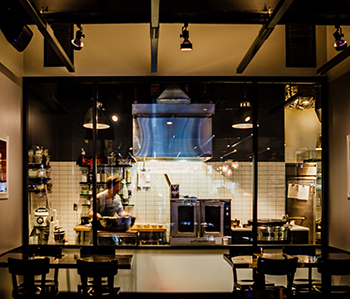 The bottom line for Wassef and Racha probably comes down to whether they have succeeded in seeding Seattle with a little bit of the Middle Eastern hospitality, and palate, they grew up with.

They acknowledge that even in a few years Seattle demographics will be different, and are embracing the change, hoping to be part of it. From a business perspective that means finding success by anticipating what’s next, and sometimes negotiating a rapidly shifting political environment, as they play their small part in building a great city.

Ultimately, they are grateful for the support of the Seattle community for their experiment at Mamnoon. After all, mamnoon means “thankful” in Arabic and Farsi. 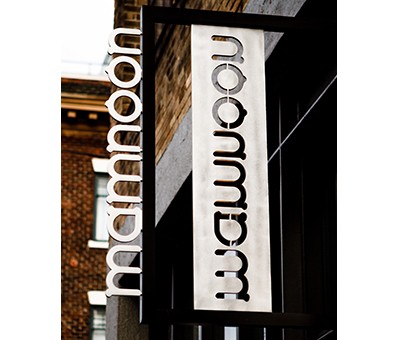