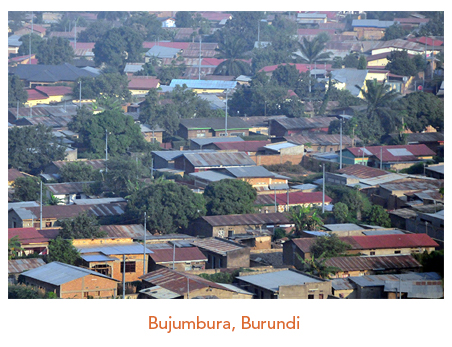 In collaboration with the Immigrant Legal Advocacy Project of Maine (ILAP), former GSB attorney Lowell Turnbull* has represented a number of pro bono asylum seekers, most of whom are from sub-Saharan African countries.  One of Lowell’s clients is a 24-year-old woman from Burundi named Jane** who managed to flee from persecution in her country in search for a better life. (please note: her story involves gender-based violence and may be upsetting for some readers).

Burundi is one of Africa’s smallest countries.  It is also one of the poorest, if measuring wealth by GDP per capita.  Like its neighboring country Rwanda, Burundi was ravaged by the Hutu-Tutsi genocides of the mid-1990s.  Before that, it was ravaged by Belgium’s brutal colonial regime, grimly documented by the book King Leopold’s Ghost.  As Burundi struggles to recover from a century of bloodshed, it remains a lawless and dangerous living environment, especially for certain vulnerable groups.

Jane fled Burundi at the age of 19 after her father had been trying to force her to become the third wife of his boss.  Both men practiced Islam, and such arranged polygamous marriages are permitted under local Islamic customs.  While growing up, Jane had attended a Catholic school and had secretly started practicing Catholicism.  She rejected the arranged marriage and took control of her own destiny.

When Jane refused the marriage, her father beat her and imprisoned her in a bedroom, guarded by a woman whom her father had hired.  Jane eventually escaped and fled to stay with friends and family on her mother’s side while the local police, presumably bribed by either her father or his boss, tried hunting her down.  Jane’s mother, using funds provided by a friend, helped her obtain a U.S. student visa.  When she arrived in the United States in 2014, she immediately sought legal help through ILAP.  Lowell, as a GSB lawyer, accepted her representation and filed her application for asylum.

After nearly five years of wait and worry, Lowell received a letter from the U.S. Citizenship and Immigration Services stating that Jane’s asylum application had been approved.  Lowell commends Jane for her courage of opening up wounds of the past and, while working in tandem with GSB attorneys, meticulously describing her persecution in writing, and in compelling terms, which he feels was instrumental in this achievement. This carried the day despite the fact that Jane had relocated and had failed to retain new counsel to prepare for her asylum interview.  Given the hostile atmosphere of President Trump’s administration toward asylum applicants, and the recent decision by the Attorney General affirming that a country’s failure to protect victims of domestic abuse can no longer establish grounds for asylum, Lowell was somewhat pessimistic about Jane’s chances even in spite of her dramatic circumstances.  This victory comes as a welcome surprise and serves as a beacon of hope.

Since arriving in the United States, Jane has obtained her high school diploma, given birth to two daughters, and married a U.S. citizen.  Her spouse is female.  If Jane were deported to Burundi, her family could not even safely visit her because Burundi criminalizes same-sex relations.  Lowell’s efforts, with GSB’s support and dedication, have kept this family together and may well have saved this young woman’s life.

*Lowell Turnbull is a former principal in GSB’s Washington, D.C. office who continues to serve of counsel to the firm.

**Client’s name has been changed to protect confidentiality.