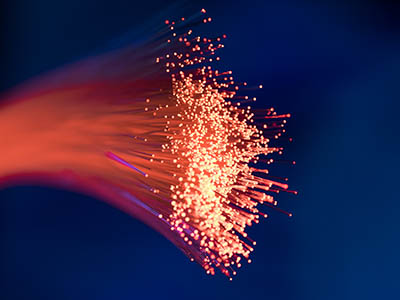 In October 2019, residents and businesses in Anacortes, Washington, were able to access the Internet in a whole new way. Instead of using Telecom DSL service or cable Internet service, data will now come through water lines. Fifteen miles of fiber optic cables are fed into a tube that is then run through the City’s water lines. The current lines cross both the Skagit River and Swinomish Slough and allows for installation without digging up streets. The lines are not affected by storms because they are underground.

The new system, already being used in parts of Europe, has speeds that are six times faster than the old system of delivering high-speed Internet, helping better serve the sprawling community. Over the next year, 1,000 buildings in Anacortes will be connected, with all 7,000 buildings in the City connected within four years. Following those connections, City officials will consider expansion of the system across the Deception Pass Bridge and into Oak Harbor.

The lines run between the Anacortes Wastewater Treatment Plant and the City’s Water Treatment Plant near Mount Vernon, Washington, as well as pump stations and other facilities. Water never touches the fiber optic cables and they have no impact on water quality. The plan was approved by the Department of Health.

The City was looking at options to improve the access to and speed of Internet service to its businesses and residents. Users were previously reliant on Telecom DSL service or cable Internet service. Instead, fiber optics permit communication and transmission over longer distances at a higher bandwidth, allowing data users to get information faster and at a lower cost.

The City-run service is offered without long-term commitments, and prices have been set to compete with private retail service providers. The City Council approved approximately $3 million from Anacortes’ general fund reserve to cover startup costs for the project.

Foster Garvey was pleased to represent the City of Anacortes in developing and implementing this project.