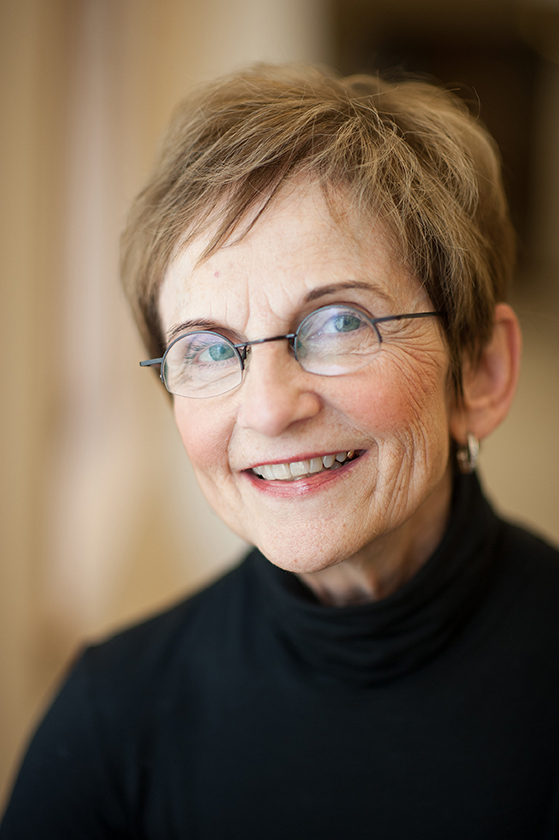 The Dallaire Public Service Award recognizes GSB staff members and attorneys who have made extraordinary contributions in community or pro bono legal service.  Awardees represent the best examples of how a legal career can be leveraged to help the poor or disadvantaged communities. The Dallaire Award was created in 2003 to honor Greg Dallaire, a retired managing director of the firm who believed that a commitment to public service would always be an important part of GSB’s character.

“Judge Bridge’s well-known and exemplary service to children in need, women and LGBTQ communities easily stands on equal footing with her outstanding legal career,” said Greg Duff, chair of GSB. “Her dedication to breaking down barriers, helping those that need help the most, and her undying determination reflect the highest standards in community service and law that the Dallaire Award was created to recognize.”

Judge Bridge was presented the award in recognition of her decades of unfailing advocacy on behalf of children, women and the LGBTQ community.  In 1976, she became the first woman to be an associate at GSB, and in 1982 she became the first woman at the firm to become partner. She used the privilege of her position to champion for a fairer and more representative justice system in which historically marginalized groups could be heard.

During her years of private practice, Bridge was part of the team at GSB that represented the Association of Flight Attendants in collective bargaining against Northwest Airlines and its deeply discriminatory hiring practices.  She spearheaded plaintiff-side sex discrimination cases, and served as a lobbyist for the Northwest Women’s Law Center (now known as Legal Voice). As a lobbyist for the Washington Privacy Lobby, she was a powerful advocate for LGBTQ rights many years before those letters became a recognized acronym.

In 1989, Bridge left GSB to take the bench, serving a 10-year appointment on the King County Superior Court before becoming a justice of the Washington State Supreme Court, where she stayed another eight years.  On and off the bench, Bridge continued to fight for the helpless, focusing on the children she saw falling through the cracks of the juvenile justice system.

Bridge served for three years as Chief Juvenile Court Judge of King County.  During her term, she implemented programs to make these courts more humane and hospitable for the children under the Court’s protection.  To this day, the free Childcare Center at the King County Superior Courthouse in Kent – the first of its kind in the Pacific Northwest – bears the names of Bridge and her husband.

Since stepping down from the bench, Bridge has devoted herself to children’s welfare on a full-time basis.  She is the founder, president and CEO of the Center for Children and Youth Justice (CCYJ), an organization that continues her mission to reform Washington State’s juvenile justice and child protection programs.  The CCYJ unites lawyers and social workers in programs that protect foster youth, homeless youth, LGBTQ youth, and youth at risk of gang involvement.  Bridge and the CCYJ have developed a long and respected track record of helping these vulnerable groups overcome the structural and legal barriers that prevent them from maintaining stable housing, good employment and necessary education.

Bridge continues her role as frontrunner with today’s announcement, as she is the first of GSB’s alumni to receive the Dallaire Award, which did not exist when she was still with the firm.

Since its founding in 1966, Garvey Schubert Barer has provided results-oriented legal counsel to help clients – from established market leaders, to newly launched enterprises and governmental bodies – solve problems, create new opportunities, and mitigate risk. The firm takes a holistic approach to managing clients’ needs, with attorneys that are deep in industry experience as well as broad in current and emerging issues. GSB has offices in Seattle, Portland, Washington, D.C., New York and Beijing. More information is available on the web at www.gsblaw.com.