New FAA Drone Regulations Take Effect August 29, 2016: The New Rules and What They Could Mean for Industry

After being finalized earlier this summer, the Federal Aviation Administration’s new drone regulations go into effect on August 29, 2016. While the economic and other implications of the new rules remain to be seen, there is no doubt the drone industry is booming. PwC, a global consultancy, predicts drone-powered solutions will constitute a $127-billion global market by 2020.

The new rules, designated as Part 107 of the Federal Aviation Regulations, apply to commercial operations of small Unmanned Aircraft Systems (UAS)1 weighing less than 55 lbs. and more than 0.55 lbs. The rules set baseline limitations, from which waivers may be granted if an operator can prove that its proposed operations are safe. The rules do not apply to recreational or hobby flights of drones, which are covered under separate Model Aircraft guidelines (Section 336 of the FAA Modernization and Reform Act of 2012).

Through the FAA’s online portal, operators can apply for a waiver from some of the regulations for certain operations such as flights beyond line-of-sight, above populated areas, at night, and under cover. A business, for example, could potentially obtain a waiver to fly beyond line-of-sight to perform product delivery. However, a number of limitations are not eligible for waiver under Part 107, including the 55-lb., 100-mph, and 400-foot-height limitations.

According to an article in Fortune, some in the industry consider the FAA’s new rules “a big step in opening the door to widespread use of drones by businesses,”2 and others are seeking more permissive laws abroad.3 Generally, however, the rules are viewed as a balanced approach, balancing the push for innovation with the need for safety. The rules are also considered a first step, as the FAA is working on additional rules that will expand the range of operations. The new rules are thus a starting point, not the end point.

There are currently drones available larger than the 55-lb. weight limit, offering faster speeds and higher altitudes than the Part 107 regulations permit. Although these larger drones are not covered by Part 107, operators still have options available. For example, they can register the drone under 14 C.F.R. Part 47, obtain a Section 333 Certificate of Authorization (COA) from the FAA, partner with a university holding a “blanket” COA, or go abroad to countries with more permissive rules (e.g., the United Kingdom, Canada, Poland, or the Netherlands). Ultimately, however, additional regulations from the FAA might make larger drone use more readily accessible.

The FAA’s focus is to ensure safety – both in flight and of people and property on the ground. However, other issues are left to state and local governments, including property rights, trespass law, privacy law, tort liability, and zoning and land use, among others. Specific examples include requiring a warrant for UAS surveillance, prohibiting voyeurism through UAS, and prohibiting use of UAS in hunting or fishing. Some municipalities are also exercising their police powers by regulating local events, as the City of Cleveland did for the 2016 Republican National Convention by creating a drone-free event zone.

The boundaries of property rights are particularly unclear. There appears to be tension between the rights of property owners to exclude drones from the vertical reaches of their property and the rights of operators to conduct harmless overflights. Case law has traditionally held that property owners generally have rights to the immediate reaches above their property and to that space which they can occupy and use.4 This is typically no higher than 500 feet, where the “navigable airspace” began. The introduction of drone technology is now pushing the navigable airspace and minimum safe altitude for flight closer to the ground. Pending cases such as Boggs v. Merideth in the U.S. District Court for the Western District of Kentucky may help better define the line between navigable airspace and property rights.

Simultaneously, state legislatures and regulators are stepping in to provide clarity. According to a Fact Sheet issued by the FAA Office of the Chief Counsel, approximately 45 states considered restrictions on UAS in 2015, and the states of Oregon, Texas, Missouri, and others have passed some form of regulation. Washington state has considered more than 10 drone bills in the past three years, but none have become law thus far.

Drones are expected to impact dozens of industries and bring about a multitude of applications. In predicting a $127-billion global market by 2020, PwC has identified key categories for application of drone-powered solutions, including: 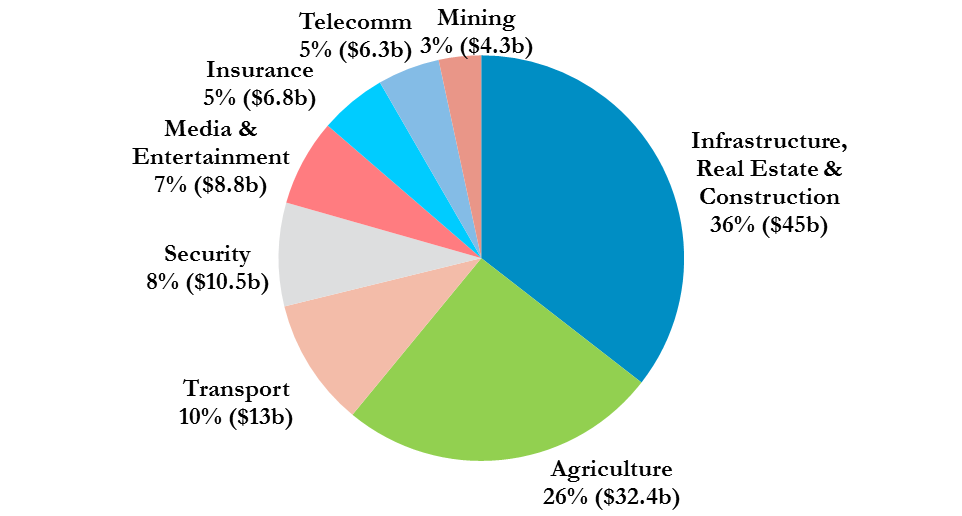 Agriculture: Perform surveillance of large farms using both imaging and soil-nutrient sensors, where data can then be used to troubleshoot problem areas and improve yields. Beyond sensing, drones can also be used for high-precision spraying.

Transport: Transport goods, food, medicine, equipment, and materials. “Last mile” delivery is of particular relevance to companies like Amazon, which aims to deliver products to consumers within 30 minutes using drones.

Security: Monitor wide swaths of territory such as borders, ports, and large events, as well as enabling fast reactions to crime, natural disasters, and other crises.

Media & Entertainment: Provide exceptional angles in films and opportunities for professional photographers and advertisers, and news networks can utilize UAS for news coverage.

Insurance: Before and after incident imaging of homes, buildings, infrastructure, investments, or equipment, and allow insurance companies to speed up claim processing. Drones can also improve analysis of risks related to erosion and geological changes.

Mining: Not only can drones monitor open-surface mines and perform exploration missions, they can also enter underground mines loaded with 3D maps and sensors to perform geological analyses, detect hazards, and assist in rescue operations.

Foster Pepper attorneys will continue to monitor developments in this rapidly evolving area of drone law. For more information, please contact Adrian Winder at (206) 447-8972 or adrian.winder@foster.com.