By Joshua Bloomgarden on 11.18.21 Posted in Sports & Entertainment Spotlight
PDF 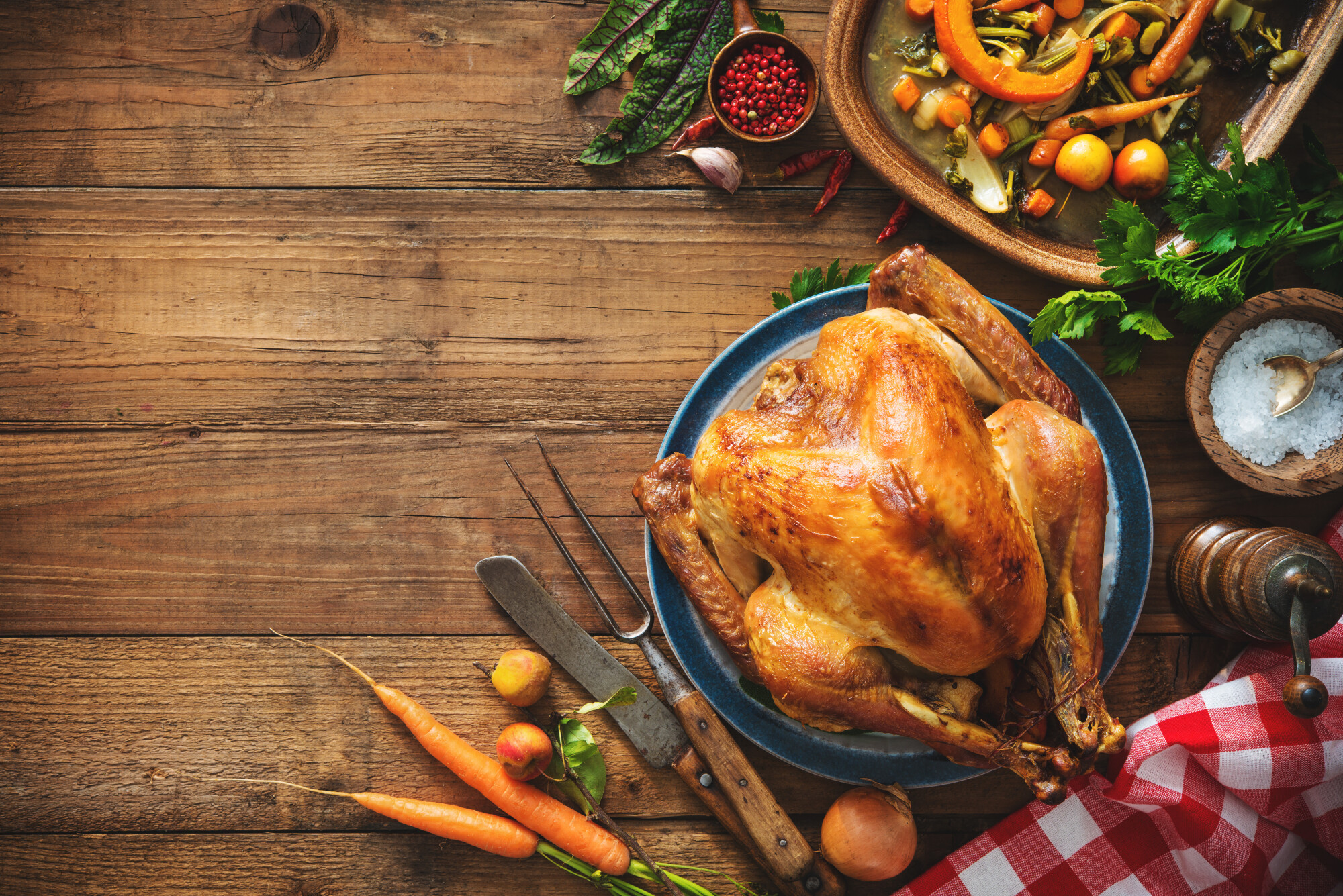 Top College Athletes Strategize How to Turn Their 'Brand' Into Financial Gains With New Sponsorship Deals
November 16, 2021 via CNBC - Business News
Aliyah Boston, a 20-year-old star who's top-ranked of the University of South Carolina women’s basketball team, signed a deal with fast-food chain Bojangles — and got paid.

Astroworld Fallout: Nike Postpones Travis Scott Sneaker Launch
November 16, 2021 via RIA Novosti
Nike has postponed the release of sneakers created through a collaboration with rapper Travis Scott, marking the latest development in the aftermath of the deadly Astroworld music festival that the artist headlines.

Universities Want to Oversee How KY Student Athletes Profit Off Their Fame
November 15, 2021 via News Break - Top Stories
A proposal to allow Kentucky college athletes to make money from endorsements, autographs, advertisements and more will also give universities broad oversight of those ventures.

Starbucks Customers Can Now Order Taylor Swift’s Favorite Coffee Drink
November 12, 2021 via Nation's Restaurant News
“We are never, ever, ever getting a regular caramel latte again.” Starbucks announced a partnership Friday with Taylor Swift in coordination with both Starbucks Red Cup season and the pop superstar’s release of her own version of her 2012 album, “Red.”

Blackpink's Lisa Launches Makeup Collection With MAC Cosmetics
November 12, 2021 via Asia Newsday
Lisa from Blackpink is on a roll. Not content with a hit solo album, endorsements for various brands in several countries and 66 million Instagram followers, the fashionista now has a makeup collection to call her own.

Dogecoin Is Getting a Credibility Boost From Celebrity Endorsements
November 11, 2021 via InvestorPlace - Stock Market News
DOGE crypto is having a "halo" effect from key business celebrities who propose using it as a means of payment in their business.

Dior's Entire Next Men's Collection Is a Travis Scott Collab – Now It's a Business Nightmare
November 11, 2021 via News Break - Top Stories
Fashion giant Dior decided to make its entire upcoming spring/summer menswear collection a collaboration with Travis Scott, co-branded with his Cactus Jack label, the company thought it was entering into an invaluable partnership with a youth-culture titan.

After Overturning the Recent NCAA Ruling, Rutgers Basketball Star Geo Baker Has Signed a Deal With Alva Fitness
November 11, 2021 via Atlanta New Online
Fifth year basketball star, Geo Baker isn't just the senior guard of the Scarlet Knights today. Rather, he is being coined as a Collegiate Culture Changer who played a key role in this year's historic decision by the NCAA and NIL to reverse to reverse their rules, which prohibited collegiate athletes to earn income through sponsorships and endorsements.

U.S. Soccer’s New Nike Deal Is Its Biggest Ever Partnership
November 10, 2021 via Sportico – Business (subscription may be required)
U.S. Soccer has extended its apparel partnership with Nike, a 10-year deal that is the largest — and longest — commercial partnership in the governing body’s history.

Made in Chelsea Star and YouTube Personality Secure £1.4 Million Seed Round to Expand Plant-Based Food Brand
November 16, 2021 via Business Leader
Made in Chelsea’s Verity Bowditch and former YouTube personality Mikey Pearce have raised £1.4 million in a seed round, to expand their new disruptive plant-based food brand, Clean Kitchen Club.

Cleveland Guardians Settle Lawsuit With Local Roller Derby Team Over Rights to Name
November 16, 2021 via ESPN
Cleveland will have two teams called the Guardians. The Major League Baseball franchise and a local roller derby club have reached a resolution in a lawsuit filed over the use of the name Guardians, allowing both to continue using it.

Buying Packers ‘Stock’ is the Best Scam in Sports
November 16, 2021 via SB Nation
On Tuesday, the Packers opened up shares of their “common stock” for the first time in 10 years. It gives anyone the chance to say they’re part owner of an NFL team for the low, low price of $300.

Learfield Pivots to Pair Brands With School Logos and Athletes
November 16, 2021 via Sportico – Business (subscription may be required)
For the first four months of the college NIL era, Learfield has stayed largely on the sidelines. Now the college multimedia rights giant is wading deeper into the budding industry.

Rams? Bucs? Cowboys? Which NFL Team Has the Most Star Power? Here's Our Rankings
November 12, 2021 via Los Angeles Times- Sports News
The Rams are finally a celebrity team. As with the Lakers and Dodgers, and to some extent the Clippers, the Rams now have a roster that features guys whose fame extends beyond their on-field accomplishments.

UFC: the Story of a Passion Turned Into a Successful Business
November 12, 2021 via Entrepreneur Latest Articles
Today, November 12, is the 28th anniversary of the most famous league in mixed martial arts: the Ultimate Fighting Championship.

MLS Takes on NFL Thanksgiving in Quest for TV Deal as EPL Looms
November 16, 2021 via Sportico – Business (subscription may be required)
As preparations get underway for this weekend’s launch of the 2021 MLS Cup Playoffs, the stateside soccer league looks to keep its regular-season ratings momentum going throughout the 13-match tournament. The postseason numbers are of particular interest this fall, as MLS prepares to lock in the most lucrative media rights contract in its 26-year history.

Blackstone Says More Sports and Media Deals Are Coming
November 10, 2021 via Bloomberg Quint – Stories
Blackstone Group Inc. says the recent surge of investor interest in sports and media businesses is only the beginning.

Spotify's Next Chapter Will Bring Audiobooks to the Streaming Service
November 12, 2021 via TechRadar News
Spotify's catalogue is set to expand, as the company has announced that it plans to acquire audiobook platform Findaway.

Jay-Z and Fragrance Firm's Lawsuits Thrown Out by Supreme Court
November 11, 2021 via Griffin Daily News
Jay-Z and fragrance firm Parlux's respective lawsuits against each other have been thrown out by the Supreme Court.

Miramax Sues Quentin Tarantino Over ‘Pulp Fiction' NFT Project
November 16, 2021 via Hollywood Reporter
The director announced the project, which will include scenes from a script that were cut from the final movie, earlier this month. The film studio Miramax is suing director Quentin Tarantino over plans to release NFTs based on his 1994 film Pulp Fiction.

Crypto Blockchain Industries (CBI): First sale of NFTs for United at Home, the Charitable Initiative Cofounded by David Guetta
November 16, 2021 via GlobeNewswire – Financials
CRYPTO BLOCKCHAIN INDUSTRIES is announcing an exclusive NFT drop to support the charitable initiative, United at Home, cofounded by David Guetta, the world-renowned French music producer and DJ, as well as the creation of Beat Alphaverse, a virtual music world linked to Alphaverse, and a new investment in a talent representation agency, Blockchain Artists Agency, operating in the blockchain sector.

Are Sports Digital Collectibles a Winning Investment?
November 12, 2021 via Moneywatch CBS
Gone are the days when a sports buff walks into a store, buys a pack of Topps trading cards and stumbles upon a one-of-a-kind baseball collectible. Today's card collectors have shifted their attention — and dollars — to sports NFTs.

A First of its Kind Music Rights NFT SaaS Platform - Metaverse on The Blockchain
November 12, 2021 via Business - EIN Presswire (via Saint Marys Daily Press)
A United States-based music Blockchain tech company is trying to change how the music industry transacts and provides transparency by introducing a new music Blockchain SaaS (Software as a Service) ecosystem--powered by Blockchain Smart Contracts/NFTs, AI/Machine Learning, and a Metaverse.

For Universal's NFT Band, Music Is Second to Brand Identity
November 11, 2021 via CoinDesk – News
Kingship is a little like Gorillaz, but without the musicians. On Thursday, November 11, Universal Music Group (UMG) announced it had signed Kingship – not a musician, but a collection of four anthropomorphic NFTs.