Maryland Takes a Beat on Its New Digital Advertising Tax 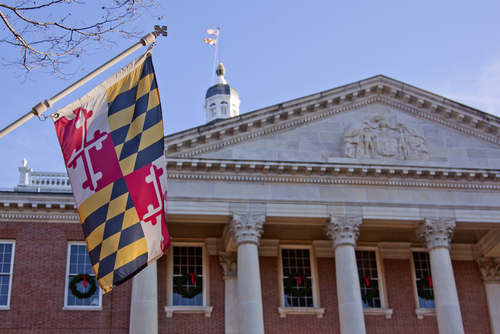 Last week, we reported on Maryland’s new gross receipts tax on revenues derived from digital advertising services (the “Tax”), the first of its kind in the nation.  Affected taxpayers and tax practitioners alike can breathe a sigh of relief—the Tax will not apply to tax years beginning before 2022.  Additionally, the broadcast news industry secured a significant victory by obtaining an exclusion from the Tax.

The Tax was originally passed in 2020, but was vetoed by Maryland Governor Larry Hogan after the end of the legislature’s 2020 legislative session.  After laying dormant for the better part of a year, the legislature overrode the Governor's veto earlier this year.  As enacted, the Tax applied to tax years beginning after 2020.  As we noted in our prior blog post, many issues, such as the promulgation of rules regarding apportionment methodology, still need to be addressed.  The Tax is already the subject of at least one court challenge.  That lawsuit is ongoing.

SB 787 amends the Tax in at least three significant ways:

The broadcast and news industries secured an important exclusion from the Tax.  At least for those taxpayers, there will be one less tax to worry about.

The changed effective date for the Tax under SB 787 will undoubtedly result in numerous sighs of relief by affected taxpayers and practitioners.  It will also make administration of the Tax a bit more palatable by giving the Maryland Comptroller time to issue regulations and guidance on matters such as apportionment (as directed under the original legislation).  It should also give taxpayers time to allow the litigation challenging the Tax to take its course.

We will continue to provide updates as the evolution of the Tax develops.