The Wait Is Over – The New Overtime Rules Are Here: The Reconfiguration of Your Compensation System Is Just Beginning
By Foster Garvey on 5.19.16 Posted in Employment Law
PDF 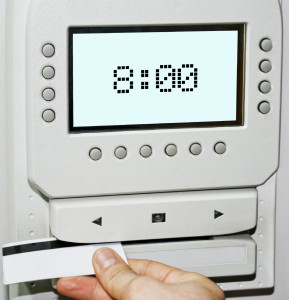 The good news is the long awaited rule on overtime has arrived – finally. The proposed rule goes into effect on December 1, 2016. The quick summary is the changes aren’t quite as bad as everyone feared. The long summary is below. We have broken out the rules into specific talking points to try and make them easier to digest. This does not erase the entire prospect of heartburn, however. The Department of Labor has also developed a page of Questions and Answers on the new rule, which includes a comparison between the old rule and the new rule.

Remember, in order to have a position classified as exempt from overtime under the Fair Labor Standards Act (FLSA) the employer needs to meet three tests:

So, with that framework, here are the talking points of the new rule.

The Numbers: In order to meet the threshold for the salary level test, the employee will need to make a guaranteed minimum of $47,476 per year, or $913 per week. This is a substantial increase from the current level of $23,660 per year, or $455 per week. Rather than waiting for another rule to make future changes, the amount of the threshold will be automatically adjusted every three years. It will be based on the 40th percentile of full-time salaried workers in the lowest income region of the country (currently the South). Therefore, based on projections of wage growth the threshold is expected to rise to more than $51,000 per year when the first update rolls around on January 1, 2020.

Bonuses, Incentive Payments and Commissions: The amount received for bonuses, incentive payments and commissions will be allowed to count towards the salary threshold, provided they are paid at least quarterly. This is new. Bonuses, incentive payments and commissions have not previously been able to be considered, since they were not deemed a part of a predetermined and fixed salary. However, under the new rules the bonus must be non-discretionary. A discretionary bonus may not be counted against the salary level test. For example, if by the last pay period of the quarter the sum of the employee’s weekly salary plus nondiscretionary bonus, incentive, and commission payments received does not equal or exceed $11,869 (13 x $913), the employer may make one final payment that brings the employee’s compensation to the required level no later than the next pay period after the end of the quarter. Any such final payment made after the end of the 13-week period may count only toward the prior quarter’s salary amount and not toward the salary amount in the quarter it was paid. No such quarterly “make-up” payment can be made to a highly compensated employee in order to ensure their compliance with the salary level.

Highly Compensated Employees: The threshold for “highly compensated employees” under the FLSA also increased. Remember, this is the threshold that substantially reduces the need for a detailed “duties test” analysis since the presumption is if the employee is making this level of income, they are most likely performing the type of duties that would exempt them from overtime requirements. This threshold increased to $134,004 from the previous level of $100,000. The total annual compensation for a highly compensated employee must include a weekly amount equal to the salary threshold test, or $913 per week. A make-up payment may be made – but only on an annual basis, not on a quarterly basis. For example, if the current annual salary level for a highly compensated employee is $134,004, an employee may earn $100,000 in base salary, and the employer may anticipate based upon past sales that the employee also will earn $35,000 in commissions. However, due to poor sales in the final quarter of the year, the employee actually only earns $10,000 in commissions. In this situation, the employer may within one month after the end of the year make a payment of at least $24,004 to the employee. Any such final payment made after the end of the 52-week period may count only toward the prior year’s total annual compensation and not toward the total annual compensation in the year it was paid.

Duties Test: Due to the length of time for publication, there was growing concern there would also be an overhaul of the duties test associated with the various exemptions (administrative, professional, executive and outside sales). On the bright side, the new rules contain no changes to the duties tests. “Primary duty” will continue to mean the principal, main, major or most important duty that the employee performs. Determination of an employee’s primary duty must be based on all of the facts in a particular case, with the major emphasis on the character of the employee’s job as a whole.

Is This Final? The form of the rule is final and, without intervention from Congress or the Courts, will go into effect on December 1, 2016. There is a measure pending in the House and Senate that would nullify the rule. H.R. 4773, the Protecting Workplace Advancement and Opportunity Act, was introduced on March 17, 2016, and is currently before the House Committee on Education and the Workforce. Despite this pending measure, a prudent best practice would be to start digesting the impact on your compensation system now, so that you are ready to go on December 1, 2016.

If you have any questions on the impact of the new rules, or how to classify your employees correctly, please contact Diana Shukis, or any of Garvey Schubert Barer’s Labor, Employment & Immigration team members.