By Ruth Walters on 1.22.15 Posted in Brands and Trademarks
PDF

Ruth Walters, member of our Hospitality, Travel & Tourism practice, focuses on hospitality operations, general intellectual property and technology transactions. In today’s post, she describes how trademark infringement suits can be tricky at best and the various factors to consider before filing suit. Thank you for today’s post, Ruth! – Greg 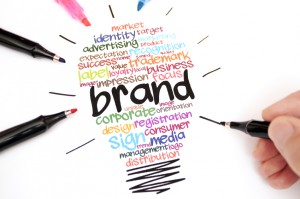 Lagunitas Brewing Company filed a federal trademark infringement lawsuit against rival Sierra Nevada Brewing Company. A mere day or so later, Lagunitas dropped it. In addition to providing some writers the opportunity to make awesome (see above), or groan-worthy puns, the situation is an interesting example of how legal justification and the money to sue are not the only ingredients to consider when policing a brand.

In its complaint, Lagunitas alleged that the label for Sierra Nevada’s new Hop Hunter IPA infringed a family of trademarks owned by Lagunitas representing its own IPA labels. In particular, Lagunitas alleged that the large block letter style in the center of the label used by Sierra Nevada plus the prominence of the term IPA was likely to create consumer confusion as to the affiliation of Sierra Nevada with Lagunitas with regard to this particular beer. Pictures of the labels can be found here or here, for example. It’s possible Lagunitas would have won the suit, but as soon as the public got wind of what was brewing, trouble began fermenting and Lagunita’s founder tweeted that he was dropping it.

This subreddit post and comments provide some interesting discussion of past, similar lawsuits and the tone is generally negative or mocking (and also contains some NSFW words). While the craft brew industry has been exploding since the 70s, it seems from the backlash against Lagunitas that at least some of its members and consumers believe the industry should behave like a small artisan’s guild where mutual adoration of the product and commitment to the craft make legal disputes like this as unseemly as bar brawls.

The reality, of course, is that craft breweries are facing increasing competition in the marketplace and must fight ever harder to distinguish themselves from their competitors. This means working harder and harder to choose distinct brands and to protect them. Every trademark attorney, including this one, hammers into the heads of his or her clients that a failure to police trademarks can result in a loss of rights, so it is always important to watch the marketplace (and trademark registries) for potential infringers.

And yet, deciding whether to proceed with a demand letter or lawsuit is always risky and not just because litigation costs money and is uncertain. Non-legal considerations, like customers’ perception of the brand and its market position, public relations issues and other very fuzzy (fizzy?) factors might influence a trademark (or copyright) owner to let matters lie or even help them come up with more creative solutions to the issue. Like Linden Lab did back in 2007 when Darren Barefoot made a parody of their MMORPG Second Life. A legal parody using other’s trademarks and copyrighted material is difficult to achieve; this all could have gone a very different way.

None of this is to say that Lagunitas’ suit was frivolous and merely intended to intimidate Sierra Nevada or the rest of the industry, or to do else that might be called “brand name bullying,” nor that what is perceived as bullying is, in fact, bullying and not protection of one’s property. It is simply to point out that the benefit of taking legal action in intellectual property matters, even with perfect justification, may pale in comparison to how taking that action may be perceived by the folks on whom the business’ existence relies—its customers.

If you have any questions or for more information regarding trademarks, please feel free to contact me or Ruth, directly.