Any uncertainty regarding the FCC’s position on hotels’ interference with Wi-Fi hot spots was answered yesterday. In its January 27, 2015 Enforcement Advisory, the FCC spoke directly to the “disturbing trend” of hotels and other commercial establishments that block personal Wi-Fi hot spots. This post brings us the latest development in Wi-Fi blocking practices. - Greg 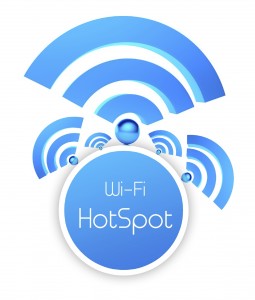 Yesterday’s Advisory stated that any “willful or malicious” interference with guests’ personal hot spots is a violation of Section 333 of the Communications Act, which prohibits any person from interfering with any radio communications equipment licensed or authorized by the Act.

The FCC’s Advisory expanded upon a recent Consent Decree between the FCC and Marriott International, Inc. which resulted from a complaint to the FCC filed by a Marriott customer. In the Consent Decree, the FCC concluded that Marriott had deliberately blocked its guest hot spots in order to require guests to pay for the hotel’s Wi-Fi.  Marriott entered into a three-year compliance program and agreed to pay $600,000 to settle the case. A discussion of the Marriott Consent Decree can be found in our blog’s archives here.

Yesterday’s FCC Advisory is based upon similar complaints received in response to the Marriott settlement. The Advisory commits the FCC to investigate such complaints “aggressively” and to take appropriate action, including “substantial monetary penalties,” against any violators. The Advisory also encouraged consumers to file Wi-Fi blocking complaints with the FCC.

In a separate statement, FCC Chairman Tom Wheeler directly targeted both Marriott and the hotel industry by declaring that “consumers must get what they pay for... [and] Marriott’s request seeking the FCC’s blessing to block guests’ use of non-Marriott networks is contrary to this basic principle.” The FCC Chairman was referring to a still-pending August 25, 2014 Petition for Declaratory Ruling filed by the American Hotel & Lodging Association, Marriott International, Inc. and Ryman Hospitality Properties. The Petition requested that the FCC “declare that the operation of… authorized equipment by a Wi-Fi operator in managing its network on its premises does not violate [Section 333], even though it may result in ‘interference with or cause interference to’” a guest’s hot spot.

If you have any questions or for more information, please feel free to contact Greg Duff.