By Michael Brunet on 8.11.16 Posted in Employment Law, Hotels 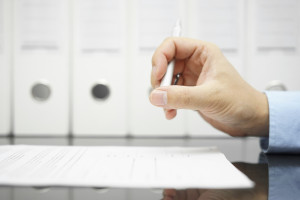 By Michael Brunet on 2.25.16 Posted in Employment Law, Food and Beverage, Hotel Restaurant 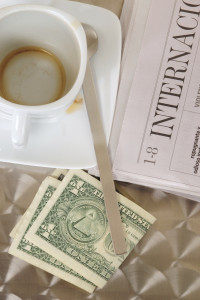 In the latest of a series of twists and turns regarding the legality of certain tip pools in Western states, on February 23, 2016, a divided three judge panel of the Ninth Circuit Court of Appeals validated regulations by the Department of Labor (“DOL”) that significantly limit employers’ ability to have tip pools that include more than “customarily and regularly tipped” employees. This development means that employers operating in states or territories in the Ninth Circuit (covering Washington, Oregon, Alaska, Idaho, Montana, Nevada, California, Arizona, Hawaii, Guam, and the Northern Mariana Islands) cannot include in their tip pools “back of the house” employees (such as cooks or dishwashers) or other employees who are not customarily tipped. We examine the impact of and history behind this decision below.

By Michael Brunet on 1.22.13 Posted in Employment Law

If you are a regular reader of Duff on Hospitality, you are well aware of the recent battle between the U.S. Department of Justice (DOJ), which enforces the Americans With Disabilities Act (ADA), and hospitality owners and trade associations over swimming pool accessibility regulations (see previous posts here and here). With DOJ’s twice-extended deadline for compliance right around the corner on January 31, 2013, and industry-backed legislation dead in Congress committees, pool owners need to focus on compliance with DOJ’s requirements immediately, if they have not already. Mike Brunet, a partner in our Seattle office's labor and employment group and member of our Hospitality Practice Team, has prepared this post to help readers understand the requirements and nuances of the new law. Please feel free to contact Mike Brunet directly if you have any questions.

What are the DOJ requirements?

By Michael Brunet on 7.18.12 Posted in Employment Law

As detailed in a prior 2012 post, the first significant revisions to public accommodations regulations in almost 20 years became effective March 15, 2012. These revisions are far-ranging, potentially requiring changes to existing and planned features in any place of public accommodation, including hospitality properties and restaurants.

April-May, 2012:  The battle over swimming pool accessibility heats up.

Also discussed in two posts previously this year (here and here), was a battle between the U.S. Department of Justice (DOJ), which enforces ADA regulations, and hospitality owners and trade associations over swimming pool accessibility. DOJ interpreted the new ADA regulations to require fixed (as opposed to portable) swimming pool lifts that could not be shared between pools, while hoteliers raised safety, financial and availability reasons why the DOJ’s interpretation was incorrect. DOJ extended the date to comply with its interpretation until January 13, 2013, and legislation has been introduced in Congress to clarify what is required to comply with swimming pool access regulations.

By Michael Brunet on 5.31.12 Posted in Employment Law

In Mike Brunet’s April 16, 2012 post, he discussed the history and potential future of the Department of Justice’s (DOJ) controversial requirement that hoteliers install permanent lifts at all swimming pools to comply with the Americans with Disabilities Act (ADA). Today, he writes about a recent extension on the deadline to satisfy DOJ’s mandate.

As of May 16, hotel owners and others operating swimming pools open to the public had a mere five days, until May 21, to install permanent pool lifts at their facilities pursuant to the DOJ’s interpretation of the 2010 Standards to the Americans with Disabilities Act. However, on May 17, the DOJ extended the deadline for compliance with its requirement by over eight months, to January 31, 2013. The fact that DOJ extended the deadline is not a total surprise, as the agency has been accepting comments on a possible six-month extension since March of this year, and interested parties, including hoteliers and trade associations, have been vocal in their support. However, the length of the extension is somewhat of a surprise, especially given DOJ’s hard-line stance on this issue in the past.

Read More ›
Tags: ADA, DOJ, Pool Lift, The Pool SAFE Act
Status of Pool Lifts Up in the Air: An Update on Pool Lifts and the New ADA Regulations

By Michael Brunet on 4.16.12 Posted in Employment Law

In Mike Brunet’s January 2012 post, he shared a PowerPoint presentation concerning the 2010 Standards for Accessible Design, adherence to which became mandatory for places of public accommodation, such as hotels, on March 15, 2012. In this month’s post, Mike focuses on one of the most controversial elements of those 2010 Standards, pool accessibility, and brings you up to date on the current requirements.

The 2010 Standards require that public accommodations provide at least one accessible means of entry to small swimming pools, which must either be a sloped entry or a pool lift. Larger swimming pools must have two accessible means of entry, one of which must be a sloped entry or a pool lift. After analyzing the cost and safety issues associated with methods of accessible entry, most hoteliers decided that a portable pool lift would be the safest and most cost-effective option. However, the 2010 Standards did not specifically address portable pool lifts or when or how those lifts would be put in place.

By Michael Brunet on 1.13.12 Posted in Employment Law

This week’s post comes from Hospitality Team member Mike Brunet (Employment and Litigation), as a follow-up to his January 21, 2011 post on revisions to the public accommodations sections of the Americans with Disabilities Act. Mike recently presented on these revisions to the Seattle Hotel Association, and, in this post, shares his extensive presentation on the ADA revisions, applicable deadlines, and what you should get done before March 15.

In a blog post here almost a year ago, I provided an overview of the first significant revisions to the ADA regulations since 1991. At that time, I focused primarily on the new regulations that became effective in March 2011, related to communications accessibility, service animals, and mobility devices. Hopefully you were able to implement changes to your operations and policies to address those regulations; if not, then this blog post should serve as a reminder to do so as soon as possible.

By Michael Brunet on 8.4.11 Posted in Employment Law, Food and Beverage

As lawyers, we’re responsible not only for knowing the existing law, but also keeping a close eye on proposed legislation. This week, Employment law specialist, Mike Brunet, highlights two proposed bills, one national and one local, that could have a huge impact on the hospitality industry.