What to Do When Private Moments Become Public
By Foster Garvey on 8.25.15 Posted in Entertainment, Sports
PDF 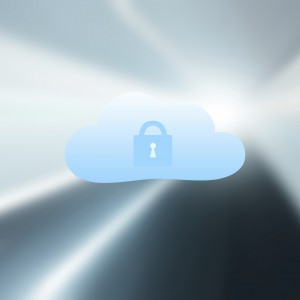 One of the first calls should be to the legal team. Most legitimate news sites will report on the story but will not post the actual images. Unfortunately, once the news is out, people all over the globe begin scouring the internet for them.

Rights to the Copyright

In almost every case, the copyright to an image is owned by the person who took the photo or video or the person who paid to have the photo or video taken (assuming the ownership was documented in the latter situation). In most cases, a website cannot claim fair use as a defense to copyright infringement in the case of publication of nude images. Although a Los Angeles judge decided that the Pamela Anderson and Tommy Lee sex tape was newsworthy, because Pamela had previously stated in an interview that she did not use drugs and could be seen rolling a joint in the video. “Newsworthy” in this case only got Penthouse around Pamela and Tommy’s right to privacy, not the copyright issue.

Everyone has a right of privacy in certain situations. The paparazzi will argue that celebrities have given up this right and woefully for talent representatives, in many cases they are correct. When a celebrity indulges in the Ivy’s tarte tartin and $9 coffee, they must expect their image will be taken. However, as of the date of this publication, celebrities still have a right of privacy to images stored on their phone and/or cloud.

One can argue that the right of privacy is diminished when “private” images have been sent to another person (even to loved ones), but the right of publicity is not. Because celebrities are paid top dollar for use of their images, websites (with some exceptions) cannot use the image without justly compensating the celebrity.

Because leaked nude images often violate an individual’s intellectual property rights, privacy rights and publicity rights, a strongly-worded letter from lawyers can prove successful in having the images removed from not-so-legitimate news sites. However, when the letter doesn’t work, it’s time to call in the real geeks.

Companies spend thousands of dollars each year trying to push desired content up in search results. You can also pay to have unwanted content pushed down in search results. The service is expensive and has to be regularly maintained (as it turns out, search engine companies hire pretty smart people), but it is possible to bury images so far down the search results as to almost make them disappear. I use the word “almost,” because any creep that clicks next until they get to the thirtieth or fortieth page will eventually get to see the images. Suppression of the images can be critical in protecting a celebrity’s endorsement opportunities.

As a side note, sometimes the lawyers will even call their tech people in at the cease and desist letter phase. The really serious techies are often able to forensically trace the history of an image file to determine where the image came from, often helping to identify the source of a leak. They can also identify vulnerabilities in a celebrity’s mobile devices, home routers, etc.

Because the first morality clauses seem to have been written around the same time as the Torah, if the legal team hasn’t negotiated a more practical clause to address the inevitable nip slip or cloud hack, leaked images can land a celebrity in a difficult situation with their sponsors. An ounce of prevention can go a long way. But when the images do hit the fan, in addition to drafting strongly-worded letters protecting the celebrities’ rights, the lawyers should comb through deals to advise the celebrities of their legal rights and the obligations of the celebrity and sponsor. Does a leaked image give the company a right to terminate the agreement? Is the celebrity obligated to provide the company notice of the leak? Is the celebrity ok so long as the images and/or the story of the images are not sustained in the press for an extended period? A minor but positive ramification of the increasing frequency of leaked personal photos could be that the public is getting frustrated with hackers, and sponsors may end up electing not to exercise their potential contractual rights to drop a celebrity.

CALL YOUR MOM, OR DON’T

If the movie Notting Hill is correct, nothing soothes the sting of having leaked images on the Internet like a cup of tea and a day shared with people who won’t judge you. So a visit to mom’s house may be the chicken soup that the celebrity’s soul needs at that moment and no one will fault them for retreating to a quiet place for a while.

In the alternative, the celebrity can be a badass. In last year’s cloud hack in which numerous celebrity images were stolen from private computers and leaked online, some of the female victims (such as Gabrielle Union and Jennifer Lawrence) spoke out and were referenced by commentators when discussing the new frontier of feminism.

There is certainly no right or wrong way to handle the issue from a personal perspective, but the legal team can be a critical piece in gaining some control over an unfortunate situation.

Joi Garner is a Senior Associate with Garvey Schubert Barer, working in its New York office