By Joshua Bloomgarden on 1.27.22 Posted in Sports & Entertainment Spotlight
PDF 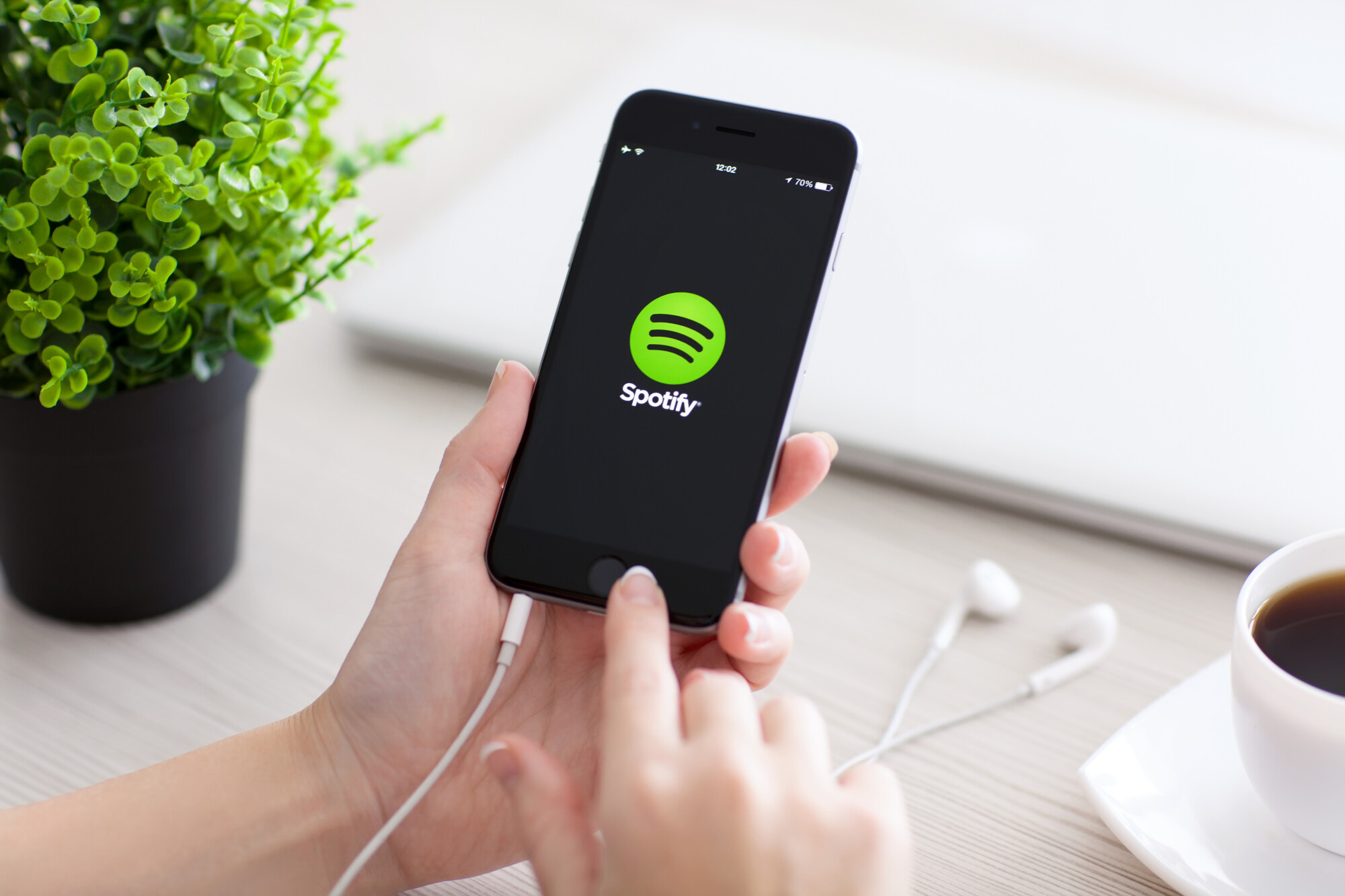 After a compelling weekend of playoff football in the NFL, in which all four of the matchups came down to the final play of each game (serving to drive even more eyeballs to the NFL in what has been a fruitful season for the NFL), it’s only fitting that I write this piece against my weekly submission deadline. Well, if Kansas City Chiefs quarterback Patrick Mahomes can engineer a bananas game-tying drive in thirteen seconds, surely I am up for the task here. Apples to oranges comparison? Yes! But as someone who wasn’t allowed to play contact sports growing up (and with my diminutive frame, I might not be writing today had I been) I’m turning lemons into lemonade (and also plum-surprised at the amount of fruit-related idioms I’m using). Without further ado or meandering thoughts, let’s check out this week’s peachy Spotlight.

Zendaya Stuns in Peep-Hole Top for Lancôme
January 26, 2022 via The Inquisitr
Zendaya is looking drop-dead gorgeous as she poses for a new photo promoting beauty giant Lancôme.

Ohio State Forms Internal Advisory Group to Assist Athletes With NIL Deals
January 24, 2022 via News Break - Top Stories
The formation of the group, known as the NIL Edge Team, was announced Monday, January 24, as part of updated NIL guidelines. The department had not previously been facilitating NIL deals for athletes, working with them on limited areas such as education and personal branding in addition to compliance monitoring.

Houston Dynamo, Fubo Gaming Ink MLS-Record Sports Betting Deal
January 20, 2022 via Sportico – Business (subscription may be required)
Houston Dynamo FC has signed a multi-year deal with Fubo Gaming, a partnership that could be worth $178 million, making it one of the largest commercial deals in MLS club history.

NFL’s Playoffs Fever Spikes as Championship Sunday Ads Hit $2.5 Million
January 25, 2022 via Sportico – Business (subscription may be required)
As much as it seems unlikely that anyone will figure out a way to top Sunday night’s tachycardia-inducing Bills-Chiefs showdown, the enthusiasm generated by the Divisional Round capper is certain to spill over into Championship Sunday.

Step Aside, Brady: Josh Allen and Patrick Mahomes Ignite a Bright Future for The NFL, and Their Bank Accounts
January 24, 2022 via Forbes – Business (subscription may be required)
You could see every ounce of disbelief on Josh Allen’s face. With just 13 seconds left on the game clock, Kansas City Chiefs quarterback Patrick Mahomes snatched away what had seemed like a shocking — and certain — come-from-behind upset for Allen and his Buffalo Bills.

Winter Olympics Sponsors Caught Between Beijing, U.S.
January 23, 2022 via Wall Street Journal – General (subscription may be required)
With less than two weeks to go before the start of the Winter Games in Beijing, several Olympics sponsors are skipping what is usually an Olympics-themed advertising blitz.

Bob Dylan Sells All Recorded Rights to Sony Music
January 24, 2022 via Register Citizen
Bob Dylan has sold the rights to his masters to Sony Music Entertainment, the company announced on Monday, January 24, marking yet another blockbuster deal for artists.

John Legend is the Latest Music Superstar to Sell Entire Music Catalog
January 20, 2022 via The Columbian - News Headlines
John Legend is in very good company with his money moves. The singer, songwriter and producer is the latest star to sell his music catalog.

Estate of Emergency: Jimi Hendrix Estate Preemptively Sues Noel Redding, Mitch Mitchell’s Heirs
January 19, 2022 via Rolling Stone Magazine
Are you experienced in contract law? The folks running the estates of all three deceased members of the Jimi Hendrix Experience hope they are.

Disney+ to Launch in 42 Countries; Channel 4 Orders ‘The Bridge' Series Two; ‘Normal People' Writer to Adapt ‘The Abstainer' for TV; Candour Restructures – Global Briefs
January 26, 2022 via News Break - Top Stories
Disney+ has moved to the next stage of its rapid international rollout and will launch in 42 countries and 11 territories this summer.

ESPN Extends PFL Deal
January 26, 2022 via News Break - Top Stories
The Professional Fighters League (PFL) and ESPN have announced a new, multi-year media rights agreement that will see expanded coverage on ESPN linear networks and ESPN+ in the US.

Why Apple May Finally Be Ready to Carry Live Sports
January 25, 2022 via Sportico – Business (subscription may be required)
Wedbush’s Dan Ives (managing director, equity research) recently wrote in an investor note that Apple is on an “aggressive hunt” for live sports rights.

Issa Rae's Raedio Inks Exclusive Multi-Year Deal With Audible
January 23, 2022 via Fox Rochester
Fresh off of the finale of her hit show "Insecure," which she has been nominated for 12 NCAAP Image Awards, Issa Rae is already on to the next step in her career.

Why NFL’s Television Partners All Saw a Rise in League Games Viewership In 2021
January 21, 2022 via Biz Journal - Accounting News
With the NFL playoffs underway, top executives from the NFL and its television rights holders are celebrating the regular season’s rebound in viewership, calling it a reminder of the league’s resiliency and unique strength compared to other media properties.

NBC Eyes a Half-Billion-Dollar ‘Super Gold Sunday’ Between NFL, Olympics
January 19, 2022 via Sportico – Business (subscription may be required)
NBC has designated Feb. 13 as “Super Gold Sunday,” and with less than a month to go before the NFL title tilt and the Winter Olympics align for the very first time, the ad dollars are piling up like so much alpine powder.

Picasso's Descendants to Sell More Than 1,000 NFTs Linked to Never-Before-Seen Ceramic Work
January 26, 2022 via Washington Post - Top Stories
Descendants of Pablo Picasso are planning to auction off more than 1,000 digital pieces representing a never-before-seen ceramic work by the Spanish artist in what they have described as an attempt to integrate the worlds of fine art and crypto assets.

The Wombats and John Lennon for Sale as the Latest NFT Music Collectibles
January 26, 2022 via Music Week
There has been a steady stream of NFT announcements since Music Week began reporting on the tech trend a year ago. But the latest launch underlines the range of mainstream artists (or at least their heirs) embracing non-fungible tokens.

Why Facebook and Twitter Opened the Door to NFTs
January 25, 2022 via Bloomberg – News (subscription may be required)
Facebook and Instagram are reportedly working on ways to let users display NFTs on their profiles, and on building a marketplace to let users buy and sell these digital art objects and collectibles.

Beatles Memorabilia to Be Sold as NFTs
January 25, 2022 via Bloomberg – News (subscription may be required)
Press Association An assortment of Beatles memorabilia, including outfits worn by John Lennon and hand-written notes by Paul McCartney, will feature in a new digital auction.

NFTs and the Future of Music
January 24, 2022 via Forbes – Business (subscription may be required)
Interest in, and excitement about, NFTs exploded in 2021 and the first few months of 2022. Today, NFTs — digital tokens stored on a blockchain that can record ownership of items—have been developed for a wide swath of items, from digital art to event tickets to real-world luxury goods.

How Nas is Changing the Way We Think About Celebrity NFTs
January 20, 2022 via Co.Exist
The market for non-fungible tokens swelled to $41 billion in 2021. And, broadly speaking, there’s no better way to capture the interest of celebrities than with a lot of easy money.

The Balance Between Art and IP Theft in NFT Culture
January 19, 2022 via CoinDesk – News
From "Squid Game" to Olive Garden, the NFT boom is a series of intellectual property infractions. The most popular show in Netflix history, “Squid Game,” earned an estimated $900 million for the streaming company. And the producers are not stopping there.