By Joshua Bloomgarden on 7.8.21 Posted in Sports & Entertainment Spotlight
PDF 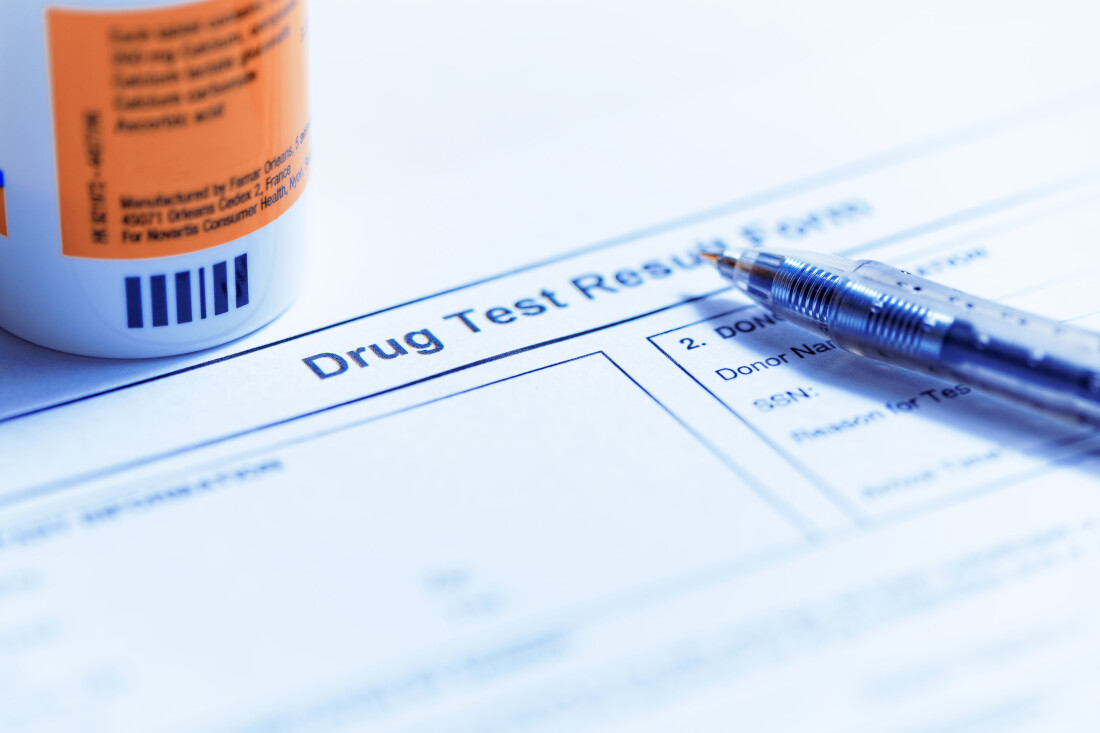 Laws — like people — are imperfect. They can be slow to adapt to evolving societal norms, and worse still, their application can yield unjust outcomes. Indeed, look no further than this past week’s developments involving Olympic-hopeful Track & Field athlete, Sha'Carri Richardson. Almost as quickly as Richardson could sprint, we saw her go from Gold Medal favorite to spectator after a drug test administered (after her first place finish in her U.S. Olympic trials) revealed that she had used marijuana, a substance banned by the U.S. Anti-Doping Agency and still officially illegal at the federal level. Never mind the facts that first, marijuana was legal in Oregon (the state in which she had used the drug) and a substantial plurality of states; second, she had used the drug as a means of coping with the trauma of learning of her biological mother’s abrupt death; and lastly, the drug is not performance-enhancing. To the U.S. Track & Field team, the rules are the rules. Perhaps Richardson’s plight will spur policy change — much like the years of collegiate athletes being declared ineligible for having received compensation, which have led to overdue name, image and likeness (NIL) reforms — but you cannot help but feel for Richardson for all she has lost, personally and financially. I know I will be pulling for her when her chance at Olympic glory hopefully comes back around in 2024 (approximately 150 Spotlights) from now.

With that, here’s what else is making waves this week:

Constellation Buys Stake in Breaking Bad Stars’ Dos Hombres Mezcal
July 6, 2021 via Forbes – Business (subscription may be required)
Bryan Cranston and Aaron Paul of Breaking Bad, the runaway TV hit that aired for five years until 2013, had real chemistry — both on screen and off. The two actors are now partners in Dos Hombres, a new brand of mezcal, a spirit distilled from the agave plant.

'There Is No Room for Fakeness and Lies and Manipulation': Shawn Mendes and Nicholas Reichenbach Reveal What It Takes for a Business Partnership to Succeed
July 1, 2021 via Entrepreneur Magazine
Creating celebrity partnerships is a fine art, and succeeding requires a careful pairing on both the celebrity and the brand. For some brands, perfecting this recipe means reaching out to celebrities and convincing them that your business aligns with their values. Canadian water brand Flow, on the other hand, uses a strategy where the celebrity comes to that conclusion by themselves.

Cristiano Ronaldo Shoots to Top of Instagram Rich List
June 30, 2021 via Financial Gazette (Zimbabwe)
Cristiano Ronaldo has shot to the top of Instagram’s annual rich list of celebrities who can charge the most for a sponsored post, with the footballer able to command as much as $1.6 million (£1.2 million) to endorse a product on social media.

Tech Group in ‘Significant' Development Deal With Asian Partner
July 5, 2021 via Tech Register - Top Stories
Nanoco Group has signed a development agreement for a project with a “very significant” Asian chemical company. The business, a University of Manchester spin-out developing materials used in the manufacture of monitors and TV screens, declined to divulge the value of the deal, but said, if successful, would increase its revenue expectations for fiscal year 2021 by approximately 10 percent, and a similar amount for 2022.

What Company Will Land a Stake in NFL Media Business?
June 30, 2021 via NY Business Journal- News
The National Football League will approach Disney, Fox, NBC and ViacomCBS about taking a stake in the league’s media business, which includes everything from NFL Network and NFL RedZone to digital platforms and rights to events including the draft and combined.

Janine Nabers Strikes Overall Deal With Amazon, Sets Hacking Drama ‘Syd’ At Streamer
June 30, 2021 via Deadline - Hollywood Breaking News
Janine Nabers, who has written on HBO’s Watchmen and Netflix’s Away, has signed an overall deal with Amazon Studios. The playwright and television writer has also set up her first project in development, a tech drama called “Syd.”

Roblox Deal With Sony Will Create (legal) In-game Music Experiences
July 6, 2021 via Yahoo Finance - Top Stories
Roblox is rushing to strike official music deals in the wake of a $200 million lawsuit over alleged copyright violations. TechCrunch reports that Roblox has unveiled a team-up with Sony Music that will bring more of the label's artists to the game platform.

Apple Quickly Settles Copyright Infringement Lawsuit Over ‘Amazing Stories’
July 2, 2021 via Digital Music News
Apple has settled the copyright infringement lawsuit that Oakland-based music-industry professional Darrell Jackson filed against it and other defendants about 14 months ago, over the use of a song entitled “Side Show” in the Apple TV+ anthology series Amazing Stories.

RCN Fails to Show Injury Against Music Record Labels for Emails
July 1, 2021 via Bloomberg Law - News Top Stories (subscription may be required)
Internet service provider RCN Telecom Services LLC lost its bid against a group of major record labels and a copyright enforcement agency after it failed to show an economic injury for being flooded with emails about potential copyright infringement by RCN subscribers.

A Tribe Called Quest Says They Never Authorized an NFT of Their Catalog — Slams Billboard, Royalty Exchange
July 5, 2021 via Digital Music News
A Tribe Called Quest DJ and producer Ali Shaheed Muhammad has pushed back against reports that the hip-hop group auctioned off a 1.5 percent recorded stake in its first five albums as an NFT, taking aim at both Royalty Exchange and Billboard in a fiery message.

Twitter Gave Away 140 Special Non-Fungible Tokens for Free for Some Reason
July 2, 2021 via Financial Express
Days after CEO Jack Dorsey auctioned his first tweet off as a special NFT for a hefty amount, Twitter has given away as many as 140 NFTs for free for some curious reason. The microblogging website did not host any auction and simply chose to give away the NFTs.

Twitter Is Giving Away 140 Free NFTs to Followers — and They’re Not Available Any Other Way
July 1, 2021 via Business Insider - India (businessinsider.in)
Twitter is giving away 140 NFTs for free to its followers in a giveaway campaign launched on June 30. According to Rarible, there are seven unique NFTs in editions of 20 up for grabs which include ‘The Reply Guy’, various renditions of the Twitter logo, ‘Vitamin T’ and others.

Pop Star Katy Perry Is Launching NFTs for Her Fans Through a Blockchain-based Video Streaming Platform
July 1, 2021 via Business Insider- The Money Game (businessinsider.com)
Singer Katy Perry said on Wednesday (June 30) she will offer NFTs with Theta Labs. She will have a minority share in Theta Labs via her talent agency, Creative Artists Agency.

Here Are Some of the Ways NCAA athletes Are Embracing the New World of the 'NIL' Deal
July 4, 2021 via CNN - U.S. News
Suddenly allowed to profit from their name, image and likeness (or NIL), college athletes are unleashing a barrage of endorsement deal announcements. Potentially 460,000 NCAA student-athletes can now sign sponsorship deals.

NCAA Athletes Have a New Tool to Make Cash: ‘As easy as booking a trip on Expedia'
July 2, 2021 via Yahoo Finance - Top Stories
Before July 1, no NCAA athlete could be paid to endorse a product. Now college students' chance at thousands of dollars is just a click away.

These College Athletes Could Make Millions Now That a Recent NCAA Ruling Allows Them to Make Money Off Their Name and Likeness for the First Time
July 2, 2021 via Business Insider- The Money Game
As of July 1, over 400,000 college athletes can monetize their name, image, and likeness. The historic NCAA decision rescinds a rule that barred athletes from accepting sponsorship deals. Boost Mobile, Unilever and PetSmart are entering the "entrepreneurial revolution for college sports."

These Athletes Already Profiting From NCAA Rule Change
July 1, 2021 via New York Post - NYPD Blotter
At midnight, the deals began. By the morning, more were completed, and they continued into the evening. The first day of the name, imagine and likeness era was an eventful one for college athletes, who were finally able to profit after the NCAA.

NCAA Ruling Means EA Sports Can Pay Real Players to Be in College Football Game
July 1, 2021 via Business Google News
For college football fans wondering what the NCAA’s new policy on athlete endorsements means for a video game series, the answer is — well, nothing specific yet.

NIL Tracker: Which College Athletes Are Signing Endorsement Deals?
July 1, 2021 via Sporting News - NCAA Football
The name, image and likeness era is here. For the first time, student-athletes are permitted to profit through NIL endorsement deals. The NCAA is permitting college athletes in states without NIL legislation to engage in NIL deals, too. Which student-athletes are taking advantage of early NIL deals? Sporting News takes a closer look.

The NCAA Has Opened the Door for College Athletes to Be Paid Through Endorsements, and Some Startups Have Already Helped Athletes Land Deals
July 1, 2021 via Business Insider - Australia
A handful of athletes have already signed lucrative endorsement deals on the first day of the policy going into effect.