Sports & Entertainment Spotlight: Microsoft to Buy Activision Blizzard for $68.7 Billion Making it Among the Biggest Deals Ever in the Video Game Industry

By Joshua Bloomgarden on 1.21.22 Posted in Sports & Entertainment Spotlight
PDF 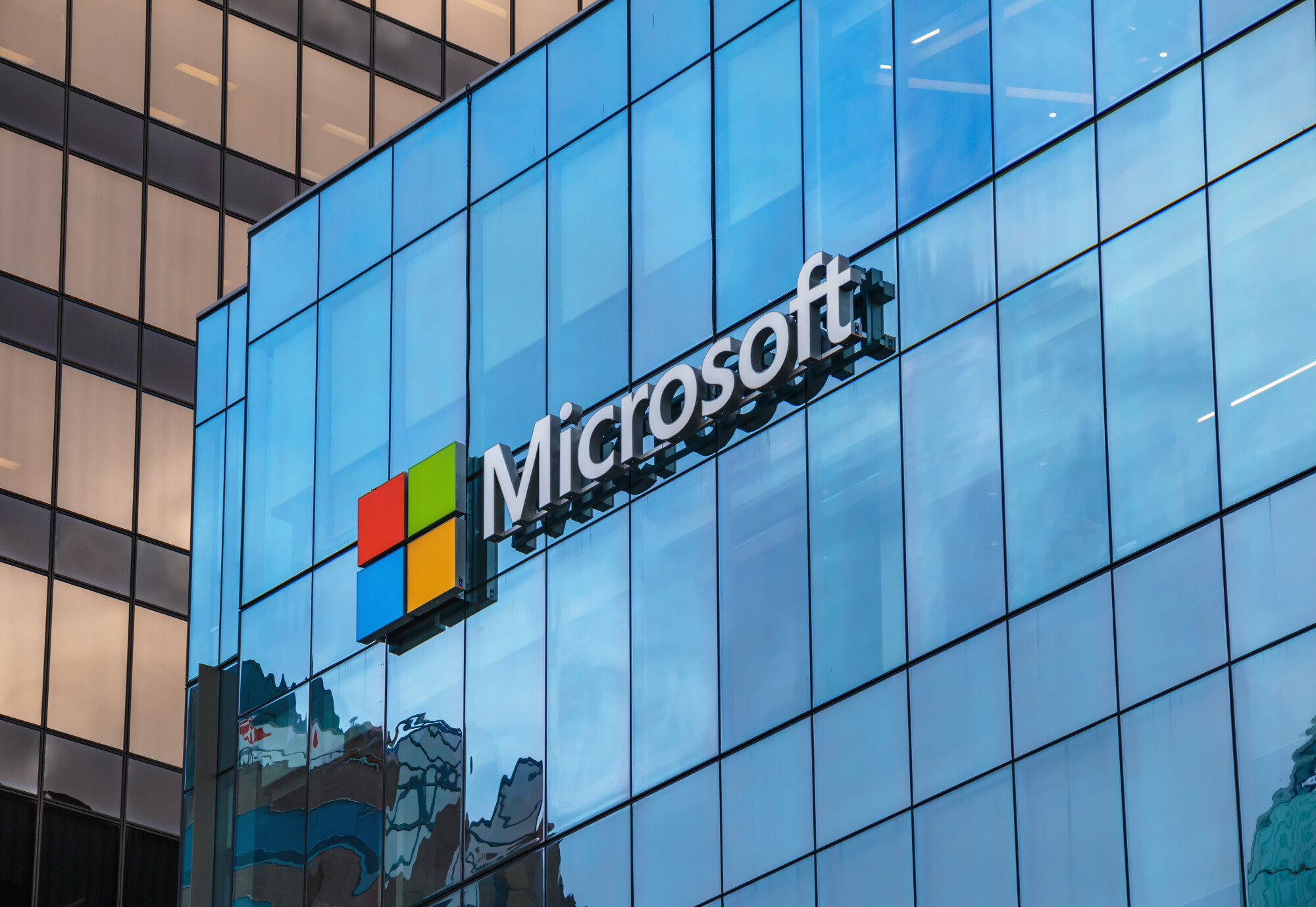 Welcome to a special quarantine edition of the "Spotlight." When I set out to get more “exposure” for the "Spotlight" this year, this was not exactly what I had in mind. But hey – we play the cards that we are dealt. At least I can take solace in the fact that I did as well in the Australian Open Tennis Tournament as did 20-time major champion Novak Djokovic, who was eventually deported from Australia this past week for failing to comply with Australian COVID-19 vaccination requirements for international travelers. Credit to Djokovic, however, for lasting longer on Australian soil than the Dallas Cowboys on their home turf in the playoffs. Kidding aside, I am, like many of us (presumably Djokovic as well) growing weary of the pandemic as we enter its third year. With that in mind, as a sort of temporary escape from the physical world, I bring you this week’s metaverse-centric Spotlight.

Microsoft, College Football Hall of Fame Strike Multi-Year Deal
January 18, 2022 via Sportico – Business (subscription may be required)
The Chick-fil-A College Football Hall of Fame has struck a three-year deal with Microsoft, making the tech giant one of the museum’s top-tier partners and exclusive tech provider for connecting with fans and giving visitors interactive exhibit experiences.

Why CSU basketball's David Roddy is Most Marketable College Athlete in Colorado to Begin NIL Era Rams Forward Joins Weekly Radio Show as Part of Sponsorship Deal With Local Pizza Chain
January 16, 2022 via Denver Post
Tune into local sports talk radio the next time you drive up the Front Range and you might hear a familiar voice over the airwaves. David Roddy is best known for uncommon versatility on the basketball court for Colorado State.

Tiger Woods First SPAC Swings for $150 Million Sports Tech Deal
January 14, 2022 via Sportico – Business (subscription may be required)
Tiger Woods is making a play for a sports technology business, filing to raise $150 million through a special purpose acquisition company, a blank check venture that seeks to bring another company public.

A Shocking Canadian Collab Between Justin Bieber and Tim Hortons Is a Teaching Moment for Brands Needing a Makeover
January 14, 2022 via Inc
Tim Hortons, Canada's largest restaurant chain, most known for its coffee and doughnuts, recently partnered with one of the world's biggest pop stars. As a marketing strategy to expand its reach throughout the U.S., the coffeehouse giant joined forces with Canadian singer, and apparently life-long customer, Justin Bieber.

Lawmakers Move to Repeal State’s 2021 NIL Law
January 13, 2022 via Alabama Daily News
The lawmaker who last year pushed a state law to allow college athletes to be compensated whenever their name, image or likeness is used in promotional material is now trying to undo it.

Florida NIL Rules Draw Lawsuit From High School, College Players
January 13, 2022 via Sportico – Law (subscription may be required)
With college athletes now enjoying opportunities to profit from their name, image and likeness, it was only a matter of time before high school athletes sought the same chance.

Djokovic Deported on Eve of Australian Open, Flies to Dubai
January 16, 2022 via Sportico – Law (subscription may be required)
The No. 1 men’s tennis player and defending Australian Open champion won’t be appearing in this year’s Open, which will begin on Monday, January 24. Novak Djokovic, whose visa to enter Australia was twice canceled over an 11-day stretch, lost his appeal to the Federal Court on Sunday.

Cowboys’ Return to Playoff Picture Enriches Already Loaded NFL Season
January 14, 2022 via Sportico – Business (subscription may be required)
On the heels of the most-watched NFL season in six years, the smart money says the ratings momentum will continue throughout a playoffs slate crammed with the league’s biggest TV draws.

Sinclair’s NBA Rights Deal May Forestall $600 Million Loan Call
January 13, 2022 via Sportico – Business (subscription may be required)
A month after locking in streaming rights for NHL games, Sinclair has closed a similar deal with the NBA that will further bolster its nascent direct-to-consumer service, while also securing $600 million in debt financing.

Country Music Community Raises Over $80,000 for Legendary Songwriter Facing Homelessness
January 18, 2022 via News Break - Top Stories
You may not recognize the name Hugh Prestwood. But you've definitely heard his songs. A member of the Nashville Songwriters' Hall of Fame, Prestwood's first hit came in 1978 with “Hard Time For Lovers” by Judy Collins.

Prince's Estate Valued at $156 Million as Legal Battle Nears End
January 15, 2022 via Greenwich Time
The six-year battle over Prince's estate may finally be reaching its end following an agreement between parties that the late singer's estate is worth $156 million.

Sinclair Streaming Service Fee May Be Triple That of ESPN+
January 18, 2022 via Sportico – Business (subscription may be required)
After locking in the local streaming rights for live NHL and NBA games, Sinclair’s Diamond Sports Group now appears to have the requisite must-see sports content to populate its upcoming direct-to-consumer service.

Microsoft to Buy Activision Blizzard in Mega-Deal Worth $68.7 Billion
January 18, 2022 via Sportico – Business (subscription may be required)
Microsoft announced a deal to buy video-game player Activision Blizzard for $68.7 billion in cash. If it goes through, it would be Microsoft’s biggest-ever acquisition — and by far the biggest deal ever in the video game biz.

WWE Sued for Interfering With Rival’s Wrestler and TV Contracts
January 12, 2022 via Above the Law - News
Major League Wrestling (MLW) has sued World Wrestling Entertainment, Inc. (WWE) for interfering with its access to media markets and wrestling talent. The complaint was filed in the U.S. District Court for the Northern District of California on January 11.

Musicians Are Shaking up the Industry With Sales of NFT Royalties
January 18, 2022 via Innovation and Tech Today
Musicians are finding ways to uncover hidden value in the NFT space. This is a huge win for both the artists and fanbase, with recent examples set by A Tribe called Quest’s and their sale of 5% of royalties from their complete album catalog to fans.

Why Community Is the Secret to NFT Success
January 17, 2022 via Rolling Stone Magazine
Art Basel Miami Beach took place the first week in December 2021, along with it were many parallel art conferences. One of the biggest points of focus was the discussion of NFTs.

Hermes Sues Metabirkins NFT Project Over Trademarks. May Not Be Slam Dunk
January 17, 2022 via Ledger Insights
Hermes, the luxury company with a market capitalization of €142 billion ($162 billion), has sued NFT creator Mason Rothschild, who designed the MetaBirkins NFTs.

Super Bowl Ticket NFTs Offered as NFL Tests Digital Collectibles
January 17, 2022 via Sportico – Business (subscription may be required)
Following a regular season debut, the NFL recently announced plans to expand its NFT ambitions during the playoffs, including the Super Bowl.

3LAU-Backed Platform Royal Crashes During First Music NFT Drop, Mint Delayed
January 13, 2022 via The Block
Royal, an NFT platform from the American music producer 3LAU (pronounced “Blau”), crashed after its first mint drop. The mint was supposed to start on January 11 at 1:00 p.m ET and include music NFTs from the Grammy award-winning rap star Nas.