By Joshua Bloomgarden on 1.7.22 Posted in Sports & Entertainment Spotlight
PDF 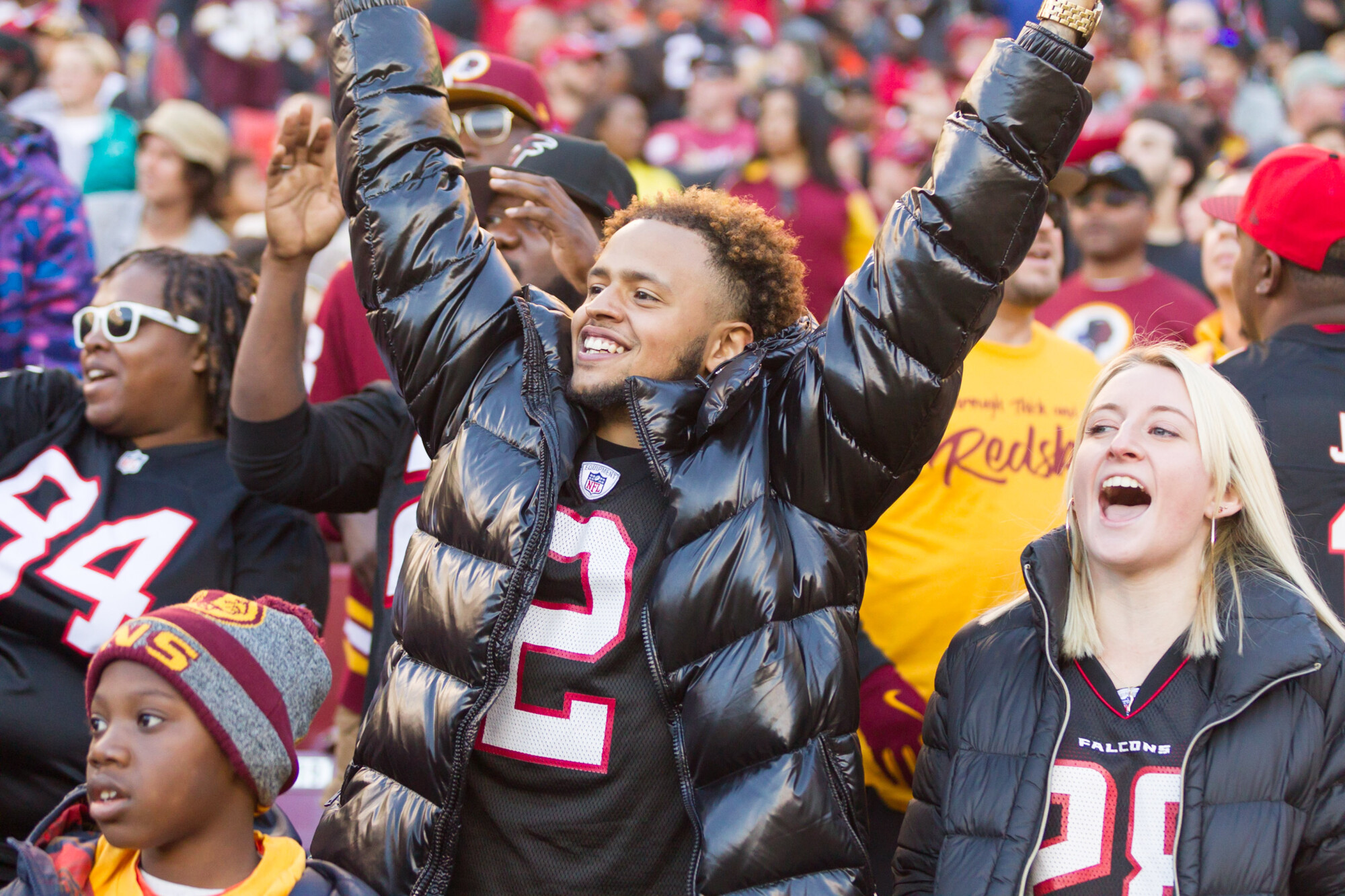 Welcome back to the “Sports & Entertainment Spotlight,” where all are permitted entry – even Novak Djokovic. First and foremost, allow me to be among the last to wish you a Happy New Year 2022! Seriously folks, like birthdays, you can’t go wishing people a happy New Year more than one week after the fact — it’s just bad form. At any rate, less than one week into the year and there are already stories a-plenty. Former Tampa Bay Buccaneers Wide Receiver Antonio Brown had his contract terminated for taking off  both his uniform and from MetLife Stadium in the middle of a game. Several fans suffered non-life threatening injuries falling from the stands after a railing collapsed at the Washington Football Team’s (WFT) FedEx Field, leading the appropriately-named Philadelphia Eagles Quarterback Jalen Hurts calling for the National Football League (NFL) to act to prevent such a near-tragic event — that almost injured Hurts himself — from happening again. The Grammy Awards have been postponed due to the ubiquitous Omicron variant (luckily still not quite as infectious as Adele’s singing voice).  And the aforementioned Men’s Tennis star Novak Djokovic gets denied from entering the Australian border to compete in the Australian Open for failing to substantiate an exemption from COVID-19 vaccination (like tennis scoring itself, Djokovic and Australia’s mutual love is zero).

Katy Perry Launches Line of Alcohol-Free Aperitifs
January 4, 2022 via Drinks Business, The (UK)
Pop singer Katy Perry has announced the launch of her own line of alcohol-free aperitifs, leaning in to the no-and lo drinks craze that tends to surge during the early months of the year.

Fiverr Pairs Nflers With College Athletes in New NIL Program
December 29, 2021 via Sports Business Journal
Fiverr is "looking to help college football players grow their personal brands" in the wake of changes to NIL rules, as the online freelance marketplace introduced a new mentorship program that "pairs college athletes with players of the same alma mater to help them learn how to make money through endorsements, sponsorships and appearance fees," according to Asa Hiken of Ad Age.

The Top SportsBiz Observations From 2021: Part Three
December 29, 2021 via Forbes - Business (subscription may be required)
Welcome back to the exclusive Forbes SportsMoney countdown of the Top SportsBiz Observations from 2021. In Part One, I shared how this year was a turning point for women’s sports. In Part Two, I revealed how co-watching is becoming to live sports what ecommerce is for shopping.

A Look Back at 2021's Best Celebrity Partnership Meals
December 29, 2021 via Adweek Online
If you’re a fast-food brand, there is no end to how you can surprise and delight customers: entice restaurant patrons with toys and collectibles (but you’d better make them sustainable); introduce a new menu item (better make it plant-based); or appeal to consumers’ worship of celebrities.

Planet Fitness Helps Dennis Rodman, William Shatner and More ‘Feel Fitacular’ in New Ad
January 4, 2022 via AdWeek
Launched just ahead of the new year, Planet Fitness is leaning into the upside of working out — and a pack of celebrities — with its “Feel Fitacular” campaign. Created in partnership with Publicis New York and Le Truc, the platform is utilizing humor to help hesitant consumers overcome “gymtimidation” and make goals around physical and mental health.

Atomic Kitten and Drake Are Among the Celebrities That Backed Growing Industries In 2021
January 5, 2022 via CelebMix
For years, we have seen investment from the rich and famous in several startups and industries. Often regarded as angel investors, these individuals target hip, emerging industries.

NFL's 2nd Season of COVID Just as Trying as 1st, Maybe More
January 4, 2022 via Fox News - Latest News
The NFL worked around COVID-19 with pauses and postponements during a 2020 season that figured to be the worst in dealing with the virus.

Washington Football Team Is Finally Unveiling a New Name on Feb. 2
January 4, 2022 via Bloomberg - News (subscription may be required)
It took a year-and-a-half but the Washington Football Team will finally announce a new name next month after abandoning its old branding, an offensive slur toward Native Americans, in July 2020.

Jalen Hurts Writes to WFT, NFL Asking About ‘Follow-Up Action’ to Railing Collapse
January 4, 2022 via The Washington Post (subscription may be required)
Philadelphia Eagles quarterback Jalen Hurts issued a letter to the Washington Football Team and the NFL on Tuesday inquiring about their “follow-up action” after a railing at FedEx Field collapsed Sunday (January 2) in the tunnel leading from the field to the locker room, sending fans tumbling and narrowly missing him.

Antonio Brown's Mid-Game Meltdown Cost Him Much More Than His Spot With the Buccaneers
January 3, 2022 via CBS Sports
The Tampa Bay Buccaneers' Week 17 victory over the New York Jets featured one of the more bizarre tantrums and spectacular mid-game exits in recent NFL memory. After reportedly refusing to re-enter the game when asked to by coach Bruce Arians, wide receiver Antonio Brown took off his jersey and shoulder pads before chucking his shirt into the grandstands, streaking through the end zone topless and exiting the field through the tunnel.

The Grammys Are Postponed and Sundance Is Moved Online Because of Omicron Surge
January 5, 2022 via NPR
It's official. The 64th annual Grammy Awards are postponed, and the Sundance Film Festival has been moved online. A joint statement on Wednesday (January 5) by the Recording Academy and CBS blamed the Grammy rescheduling on the omicron variant.

2021 U.S. Music Revenue, Driven by Streaming, on Pace to Set New Record (RAIN Projection)
January 3, 2022 via RAIN News
The U.S. recorded music industry will exceed a 48-year revenue record set in 1999, according to RAIN’s examination of reports from the RIAA (Recording Industry Association of America).

Read the 46-Page Pitch Deck That Music Data Startup Chartmetric Used to Raise $2 Million
January 3, 2022 via Markets Insider - News Ticker
Chartmetric is a data and analytics tool built for the music industry and creators. The platform is used by more than 2,000 customers, including the three major record labels. Read the pitch deck that helped the company raise $2 million seed funding.

3 Big Record Labels, Other Music Creators Band Together to Claim Royalties From Public Playing of Their Songs
January 3, 2022 via Inquirer
Aiming to ensure that music creators rightfully receive their due royalties from the public playing of their songs, the Philippines Recorded Music Rights Inc. — a newly accredited collective management organization — has started negotiating and issuing licenses to companies and music users that play music to enhance their businesses.

Sony Music Group Chairman and UK Native Rob Stringer Receives CBE Honor From the Queen
December 31, 2021 via Greenwich Time
Shirley Halperin provided by Rob Stringer , the UK-born and -raised chairman of Sony Music Group, has been honored by the Queen of England with a CBE ranking (for Commander of the Order of the British Empire) for his service to the music industry and philanthropic endeavors.

T-Pain Sends Internet Into a Frenzy with Post About How Many Song Streams it Takes an Artist to Earn $1
December 31, 2021 via Atlanta Black Star
T-Pain has blown fans’ minds after sharing statistics for the number of streams from various platforms that it takes for an artist to earn $1.

Disctopia Actually Pays Artists for Their Work, and a One-Year Subscription is Only $40
December 31, 2021 via Venturebeat
Did you know that while you’re pumping away to your favorite song on your trusty Peloton bike, the company is paying the artist of that song just 3 cents? And if that sounds like literal chump change, then think about this — that 3 cents is actually on the high end.

Beatles for Sale – What Would Lennon-McCartney Songs Fetch Today?
December 30, 2021 via Forbes (subscription may be required)
Dick James, the Beatles’ original music publisher, gets an icy reception in a scene in Peter Jackson’s Get Back documentary. In that scene (Part 1, around 27:00), you sense a scent of resentment, chilling the humor, killing the vibe.

ESPN+ to Offer Four Streaming Feeds in New PGA Tour Deal
January 4, 2022 via U.S. News & World Report
A new year means the start of the PGA Tour's new media rights deal. “What fans are going to see is more than triple, almost quadruple the hours of coverage to choose from based on four new feeds,” said Chris Wandell, vice president of media business development at the PGA Tour.

Bobby Bones Not Returning To 'American Idol' Due to Unspecified 'New Network' Deal
January 3, 2022 via All Access
After four seasons as a "mentor" on ABC's "American Idol," national television and radio personality Bobby Bones has revealed that he will not be returning to the show for its upcoming 20th season.

Kardashian Fans Joke Kourtney Is ‘Already Over the New Hulu Show’ as She Doesn’t Appear Smiling in Promo Video
January 1, 2022 via The Sun (UK)
EVERYONE is excited for the Kardashian's new Hulu show, however, everyone except Kourtney, according to fans. The first teaser for the upcoming show dropped on New Year's Eve, and fans couldn't help but notice Kourtney's dour expression throughout.

ESPN Leans on NBA for Instagram, Sees Potential for Twitter Spaces
December 29, 2021 via Sports Business Journal
Instagram is still where the lion's share of social media engagement remains for, and it is a platform where the performs particularly well. NBA-related content accounted for seven of ESPN's top 10 posts on Instagram in ‘21.

Melania Trump to Auction Second NFT, Signed White Hat from State Visit
January 4, 2022 via Breitbart News
Melania Trump is previewing the second of her NFT auctions, along with the auction of an original watercolor painting, and the Hervé Pierre hat worn and signed by the former First Lady during the first formal State visit of French President Emmanual Macron in 2018.

Bojangles Dips its Tenders Into Tech With a Series of Digital Assets Created by Local Artists
January 4, 2022 via Biz Journal
Bojangles is now serving up one of its most popular menu items on the blockchain. The Charlotte-based fast-food chicken chain recently partnered with online media company VaynerNFT to release a series of one-of-a-kind NFT artwork. The "Chickenverse" NFTs were created by seven North Carolina-based artists.

Littlstar Is Now RAD With NFTs for Entertainment Industry
December 30, 2021 via Forbes (subscription may be required)
Rad (formerly Littlstar) recently announced the launch of its NFT platform, Rad NFTv, for streaming video, creators, and entertainment-based NFTs. The platform allows creators in sports, music, film, television, and beyond to launch NFT projects, fund shows, and provide access to video content on devices like PlayStation and Xbox.