Musician Eddie Van Halen saw a need to play a guitar or a similar instrument without using hands to support the guitar and in 1987 was granted patent protection for a “Musical Instrument Support.”  According to the patent, the invention allowed “total freedom of the player’s hands to play the instrument in a completely new way.”  The patent is directed to a musical instrument with a rotatable device mounted on the rear side so as to provide the opportunity for the musician’s body or leg to provide support traditionally provided by a hand.  See the figure from the patent below. 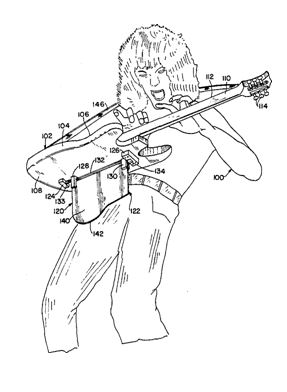 In addition to being an accomplished actor, Marlon Brando was a skilled percussionist and played conga drums publicly.  Brando was granted a series of patents beginning in 2002 directed to a “Drumhead Tensioning Device and Method.”  His inventions are directed in part to a drum, such as a conga drum, including an automatic tuning element.  Brando's system replaces the adjustable tuning bolts traditionally encircling a conga drum head with a linkage system so as to automate tuning by control of a single lever.  A cutaway view of Brando’s conga drum is shown below. 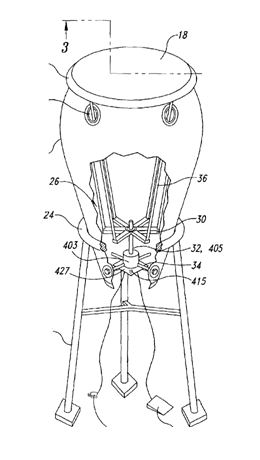 One of Michael Jackson’s famous dance moves is also the subject of a patent.  A patent for a “Method and Means for Creating Anti-Gravity Illusion” was granted to inventor Michael Jackson and two others in 1993.  That patent’s claims include two engagement means for a shoe – one involving a recess in the heel area and a second engagement means including a hitch member for locking the sole portion of the shoe in position, which together, with other attributes of the shoe, allow the wearer to lean forward to give the illusion of being suspended. 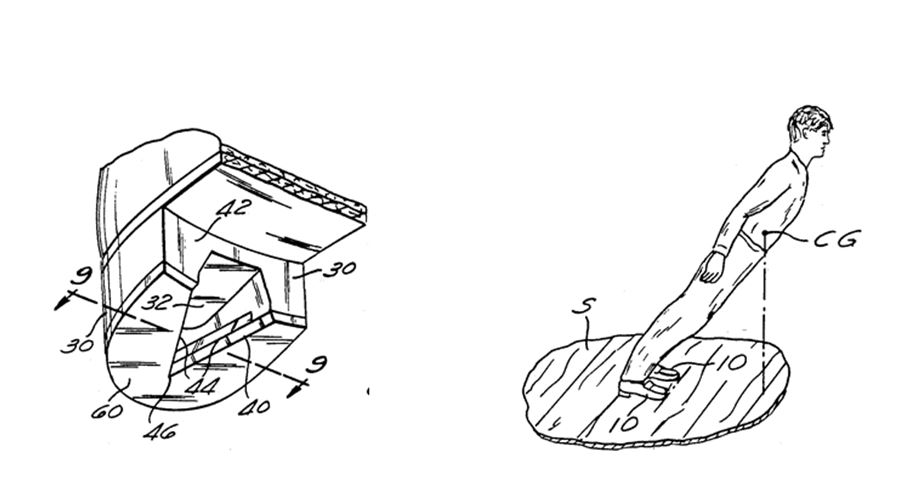 As the above examples illustrate, professional entertainers, through their own use of musical instruments and/or the need to enhance an act, saw a need for improved products and received patent protection for their inventions.  Similarly, as other entertainers invent new or improved products, they should consider patent protection for those products.