By Joshua Bloomgarden on 2.10.22 Posted in Sports & Entertainment Spotlight
PDF 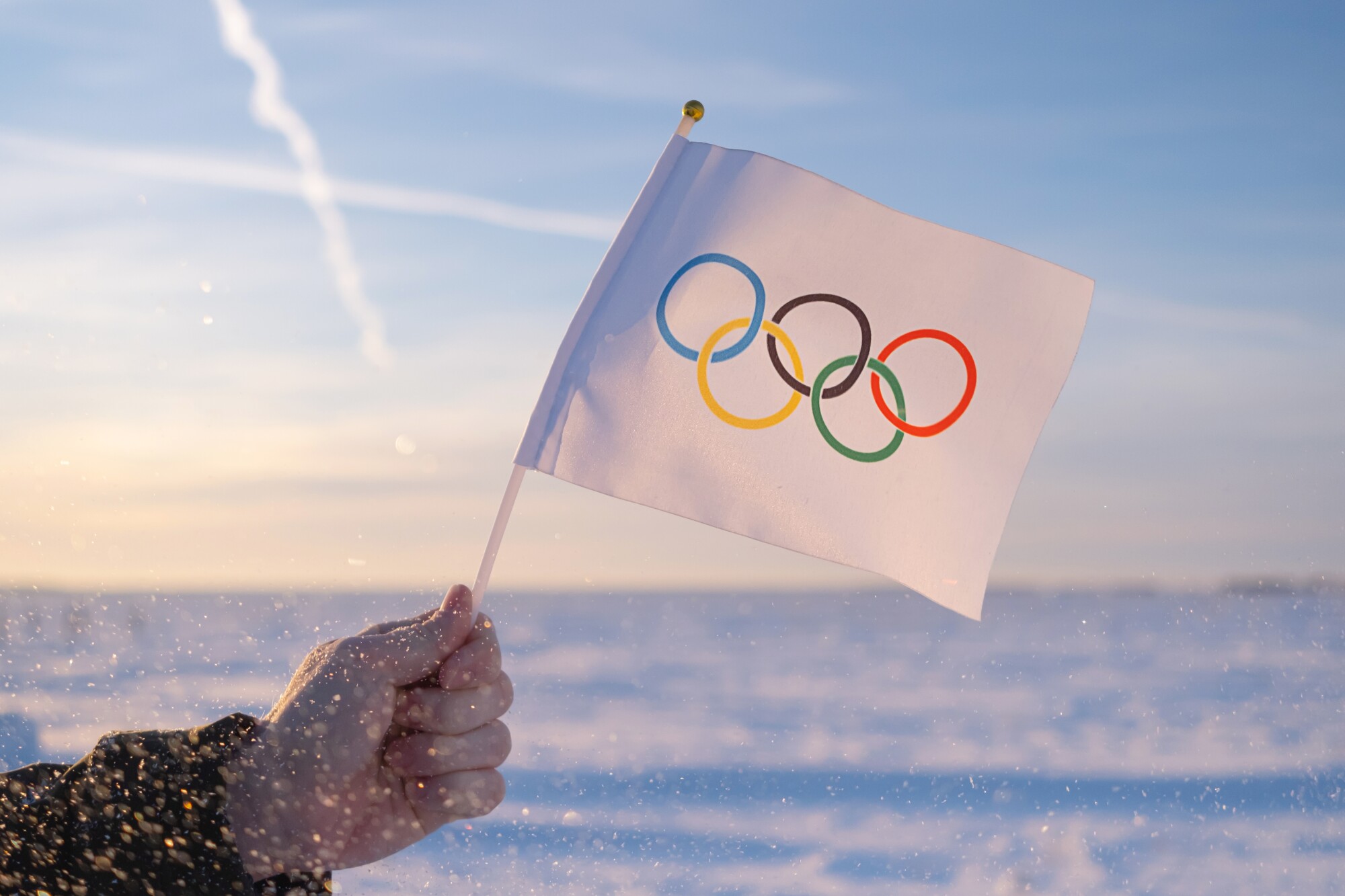 American Skier Eileen Gu, Who Won Gold for China, Now Has Deal Prospects on Both Sides of Pacific
February 8, 2022 via Forbes – Most Popular (subscription may be required)
The American-born Eileen Gu said she decided to compete for China to honor her mother, who was born there. It turned out to be a great financial choice, too.

UConn Star Paige Bueckers Announces Deal With Cash App, Her Third Major NIL Partnership
February 8, 2022 via Forbes – Business (subscription may be required)
University of Connecticut basketball star Paige Beuckers announced a new partnership that’s sure to add to her buckets of cash off the court.

Wasserman Named as Official Global Agency of Record for FTX
February 7, 2022 via Sports Business Journal
Wasserman has triumphed in an agency review to become a sports and entertainment agency for crypto currency exchange FTX.

American Track League's Seven-Figure Puma Deal Chases Diamond League
February 7, 2022 via News Break – Top Stories
ATL announced a three-year deal with Puma ahead of its season opener in Louisville. The agreement is worth “multiples of seven figures,” according to people familiar with the deal, and gives the apparel company title sponsorship rights.

On Joins Penn Relays as the Exclusive Footwear and Apparel Sponsor in a Multi-Year Partnership
February 4, 2022 via PR Newswire – News Releases
Global performance brand On and the Penn Relays, one of the greatest and longest-standing traditions in track & field, announced a partnership.

No, Dr. Phil and These Celebrities Are Not Endorsing CBD Gummies
February 3, 2022 via PolitiFact Check News
Before you go out and buy CBD gummies that purportedly help to treat diabetes or to quit smoking, please know that these people are not endorsing or selling them: Baptist pastor Charles Stanley, TV evangelists Joel Olsteen and Pat Robertson, and former Shark Tank contestants Donna and Rosy Khalife.

In Play: Colleges Navigate New World of Athlete Endorsement Deals
February 2, 2022 via Biz Journal – Accounting News
Patrick MacWilliams has long been a big supporter of UMass athletics. So, when a new policy allowed student athletes to sign endorsement deals for the first time last summer, the owner of Five College Movers didn't wait to be asked.

Asics Defies Nike’s China Underperformance in Return to Profit
February 2, 2022 via Bloomberg – News (subscription may be required)
Sneaker maker Asics Corp. appears to have dodged the controversies in China that tripped up Nike Inc. last quarter, as the Japanese company’s performance there propelled it back to profit in 2021.

LIFEWTR Teams Up With ‘Black-ish’ Star Marsai Martin for Campaign Supporting Black Creators
February 4, 2022 via BevNet News
This Black History Month, LIFEWTR, a premium bottled water brand committed to advancing and showcasing all sources of creativity, celebrates and uplifts Black creatives who continue to shift the culture of today and reimagine the future of tomorrow through the latest chapter of its Black Art Rising.

Shaun White's Run as Greatest Snowboarder Ever Is Coming to an End
February 8, 2022 via Los Angeles Times
By the end of the day, his body ached all over. His ankle and back, a knee still sore from surgery. Shaun White was feeling every bit of 35 years old, worn down from a lifetime spent attacking the halfpipe, launching himself skyward, spinning and twisting.

How Does Winning a Gold Medal Impact an Olympian's Earnings?
February 8, 2022 via Yahoo Finance - Top Stories
With gold trading at around $58 per gram as of February 7, the six grams of gilding alone is worth almost $350 — and that’s not counting all that silver, which makes up the other 92.5%.

NHL All-Star Game Returns with Gimmicky, Fun Weekend in Las Vegas
February 7, 2022 via Sports Business Journal
The All-Star Game and its related activities in Las Vegas were “fun-filled, fast-paced and action-packed in an environment up and down the Strip that traffics exclusively in fun-filled, fast-paced and action-packed,” according to Case Keefer of the Las Vegas Sun.

Athletes Are Getting Burned by Weed Rules. Is the Sports World Out of Touch?
February 3, 2022 via The Walrus
On February 8, 1998, a Canadian snowboarder launched himself down Mount Yakebitai, in Nagano, Japan. He was one of the first athletes to do so at an Olympic Games: snowboarding had just been made an official Olympic sport.

W.N.B.A. Raises $75 Million With Hopes of Business Model Revamp
February 3, 2022 via New York Times (subscription may be required)
The W.N.B.A. has raised $75 million from more than two dozen investors in a bid to revamp its business model as players call for expansion, higher salaries and better benefits.

It’ll Be Tom Brady vs. Eli Manning Again — for Retirement Supremacy
February 2, 2022 via The Star-Ledger
Tom Brady, who will be most remembered in our neck of the woods as a two-time Super Bowl loser to Eli Manning, announced his retirement on Tuesday morning, February 1.

Jimi Hendrix Bandmate's Heirs Sue Sony Over Copyrights in British Court
February 8, 2022 via Billboard
A dispute over the rights to Jimi Hendrix 's music has escalated into a transatlantic legal war, with the heirs of his former bandmates filing a new lawsuit in British court against Sony Music Entertainment.

What the Neil Young-Joe Rogan Dust-Up Tells Us About the Music Industry
February 6, 2022 via Washington Post
The music industry is thriving — but it's not always trickling down to artists. If your 2022 bingo card didn't include Neil Young vs. Joe Rogan, you weren't alone.

Spotify Needs Joe Rogan, CEO Tells Staff in Town Hall
February 3, 2022 via News Break - Top Stories
Spotify founder and CEO Daniel Ek has told employees that exclusive deals like one with Joe Rogan are critical to the company’s business, and that while he sometimes finds the podcast offensive he doesn’t consider Spotify a “publisher” in terms of bearing responsibility for content it carries.

Amazon’s Thursday Night Football Sets Off Broadcast Musical Chairs
February 7, 2022 via Sportico – Business (subscription may be required)
Al Michaels will become a free agent after the victory confetti blankets the SoFi Stadium turf this Sunday, but the veteran broadcaster says he aims to secure a booth assignment before the 2022 NFL season kicks off.

Gaming Giants Like Activision Blizzard, Riot Bet on Esports’ TV Prospects
February 4, 2022 via Sheppard Mullin - Media Mentions
Esports is the biggest opportunity in TV that nobody’s talking about — yet. That’s the view from video game industry veterans who see esports — or the exploding world of live video gaming competitions, complete with crowds of virtual fans cheering them on.

NHL Wiewership With New Media Partners Slightly Up Heading Into All-Star Weekend
February 2, 2022 via Sports Business Journal
The NHL is seeing a small uptick in viewership headed into All-Star weekend, and with a backloaded linear TV slate, the league could see its best average in years.

From MP3s to NFTs
February 7, 2022 via Rolling Stone Magazine
Back in 1876, the only way you could listen to your favorite music was if it was being played live.

They're Digital, Desirable and Can Be Worth Millions – but What are NFTs?
February 4, 2022 via The Age
One of the rarest available NFTs is a small, pixelated image of a bearded man wearing dark sunglasses and a top hat and smoking a cigarette.

Someone Just Paid $450,000 to Be Snoop Dogg's Neighbor in The Metaverse. Here's How You Can Live by a Celebrity Too
February 2, 2022 via Yahoo Finance
Would you pay $450,000 to be Snoop Dogg's digital neighbor? Somebody did that in December, Decrypt reports, as the famous rapper was selling a “parcel” in the Snoopverse.

Blue Chips: UK Men's Basketball Team Gets in on the NFT Game
February 2, 2022 via Biz Journal - Accounting News
Would you pay $5,000 for a pair of sneakers? What about $5,000 for an NFT depicting a pair of 3D sneakers, signed by one of the University of Kentucky's top basketball stars?