Sports & Entertainment Spotlight: Sports and Entertainment Industries’ Response to the War in Ukraine; and Larry David’s Documentary Launch That Was Scrubbed a Day Before its Premiere

By Joshua Bloomgarden on 3.3.22 Posted in Sports & Entertainment Spotlight
PDF 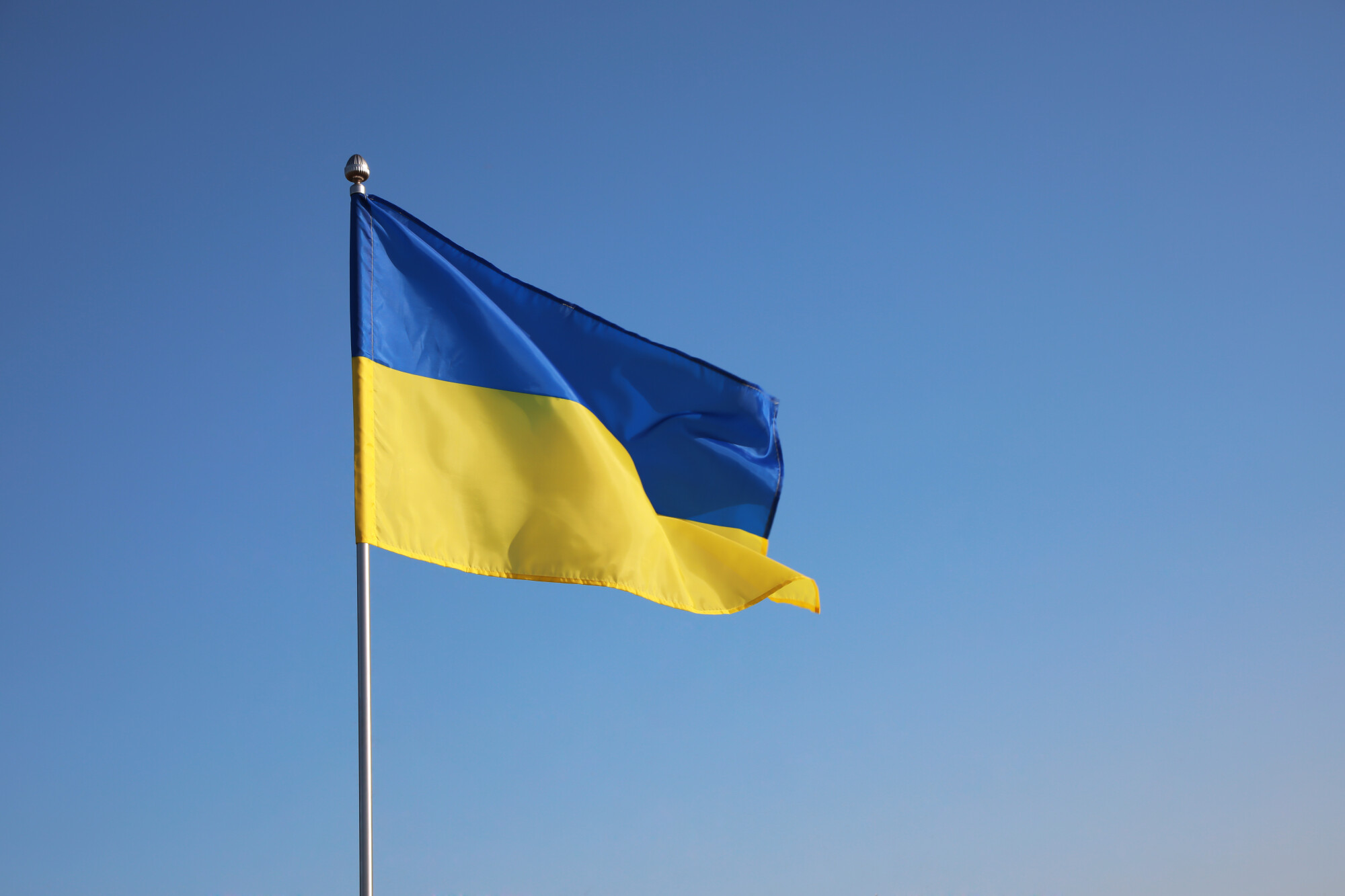 As I write this, Ukraine remains under siege and its people (courageous and resolute as they are) subject to indiscriminate atrocities at the hands of Russian armed forces under the deranged authoritarian control of President Vladimir Putin. While in this moment, it is easy to become jaded, I find myself inspired by the "Profiles in Courage" (most significantly from Ukrainian President Volodomyr Zelenskyy), as well as the worldwide rebuke/response to this misbegotten war. As a testament to its social and economic impact globally, the sports and entertainment industry has played a prominent role in hitting back at Russian aggression. Of note are brothers and former world heavyweight boxing champions Wladimir and Vitali Klitschko (the latter being the Mayor of Kyiv) taking up arms to fight for their homeland. Then, there was Russian professional tennis player Andrey Rublev who used his platform on the world stage to send a message of protest, scrawling “No War Please” on a television camera lens after his victory at the Dubai Tennis Championships. Commendably, the Union of European Football Associations (UEFA) moved swiftly to relocate this year’s Champions League final from St. Petersburg, Russia, suspend all Russian competitions and sever sponsorship ties with Russian energy giant, Gazprom. Although international soccer’s main governing body, Federation Internationale de Football Association (FIFA) initially had a toothless response of simply banning Russia’s national team from playing on home soil, without an anthem or flags and calling themselves "Football Union of Russia" (reminiscent of the International Olympic Committee’s (IOC) past wrist slapping of the “Russian Olympic Committee” for doping violations), FIFA eventually suspended Russia from participating in any international competition (notably after the IOC itself finally decided to do the same). And lastly, Disney and other media and entertainment companies have halted planned releases in Russia. Whatever comes of this moment, let’s not lose sight of these and other meaningful ways that the world is uniting against Putin’s evil. Slava Ukraini.

After that weighty intro, I hope you will agree we could use a little (Spot)light humor. Here goes…

Unbundled sponsorship investment in women’s sports will see 146% year-on-year rise: Report
March 2, 2022 via Indian Express - Banking
With the growth of connected devices, 40.7 percent of global sports fans now stream live sports through digital platforms, according to the latest Nielsen Sports report. Titled, ‘Fans are changing the game’, the global sports marketing report reveals new behaviors fans have adopted during the pandemic to connect with the sports.

Name, image, and likeness laws: A new game for marketing through college sports
March 1, 2022 via Biz Journal - Agriculture News
The college athletics landscape has changed dramatically in the past year. Interestingly, the greatest change has not taken place on the field of play. Headlines in the college athletics space are no longer only about wins and championships. Today, intercollegiate athletes are making news for their involvement in marketing deals.

UEFA Drops $45 Million Gazprom Sponsorship as Russia Sanctions Grow
February 28, 2022 via Sportico - Business (subscription may be required)
UEFA announced the cancellation of its $45 million a year sponsorship with Russian energy company Gazprom in response to Russia’s invasion of Ukraine last week. “UEFA has today decided to end its partnership with Gazprom across all competitions,” said the organization in a statement.

Russia’s Ukraine Invasion Puts Millions of Dollars in Sponsorships at Risk
February 25, 2022 via Sportico - Business (subscription may be required)
Russia’s invasion of Ukraine has created serious concerns across Europe. Since Wednesday night’s attack, a handful of countries, organizations and athletes have called to impose sanctions and cancel major sports events Russia was due to host. The latest organization to react is UEFA.

Meta Deepens NIL Inroads With Teamworks, INFLCR Tie Up
February 25, 2022 via Sportico - Business (subscription may be required)
Technology giant Meta is expanding its name, image and likeness efforts in college athletics through a new partnership with sports tech provider Teamworks.

BlackRock, Warner Music Invest $750 Million in Female and Diverse Artists
February 24, 2022 via Wall Street Journal - General (subscription may be required)
The companies seek stakes in newer music copyrights in partnership with Influence Media BlackRock Inc. BLK and Warner Music WMG Group Corp. have invested $750 million in a fund to amass music-rights catalogs from female and diverse artists, according to people familiar with the deal.

Celebrity Endorsements Are Cameo's Fastest-Growing Business
February 8, 2022 via Bloomberg - Top Stories (subscription may be required)
Stars like Kevin from “The Office” and Ice-T are staking out the next frontier in digital sponsorship.

Roman Abramovich Chelsea sale: Russian owner says he'll sell club but it 'will not be fast-tracked'
March 2, 2022 via CBS Sports
Abramovich announced that the proceeds from the sale would go to the "benefit of all victims of the war in Ukraine"

Early returns show green for NBA season-ticket renewals and pricing, and everyone loves a good chip
February 27, 2022 via Sports Business Journal
Some 25 years after its last time in Cleveland, the NBA staged another All-Star weekend there, and the winter wind off the lake in February was no less forgiving than it was a quarter century ago.

Biden SCOTUS Nominee Jackson Ruled on MLB Doping Libel Case
February 25, 2022 via Sportico - Law (subscription may be required)
President Joe Biden’s nominee for the U.S. Supreme Court, Judge Ketanji Brown Jackson, is no stranger to the intersection of sports and the law.

Hope Solo Fights U.S. Soccer Alone After Exclusion From USWNT Lawsuit
February 25, 2022 via Sportico - Law (subscription may be required)
The pending settlement between USWNT players and U.S. Soccer in the pay discrimination litigation might not be the final word on whether players have been lawfully paid.

'If we don't get paid, songs don't get made': Songwriters take to the streets against Spotify
March 1, 2022 via Los Angeles Times
Songwriter Kennedi Lykken, 24, has penned tracks for Dua Lipa, Ariana Grande and Britney Spears and won a Grammy Award. But she’s worried she may need a second, more stable job as well.

Billboard
March 1, 2022 via Billboard
It's no surprise that Justin Bieber and The Weeknd are among the most-nominated artists for this year's Juno Awards, with five nods each, but you may be less familiar with the artist who leads the pack with six nods: Charlotte Cardin The Montreal-born singer-songwriter sings pop, electro and jazz.

Dee Snider ‘Absolutely' Approves of Ukrainians Using ‘We're Not Gonna Take It' As Their Battle Cry
February 28, 2022 via Billboard
On Saturday, February 26, the Twisted Sister frontman gave his stamp of approval to the country's beleaguered citizens to use “We Not Gonna Take It” as their rallying cry in the fight against Russia.

R. Kelly accuser gets priority in royalty battle, panel rules
February 23, 2022 via Chicago Daily Law Bulletin
An accuser of R. Kelly who obtained a $4 million default judgment against him has dibs on his royalties at Sony over a commercial finance company in the same situation, a state appellate panel ruled.

NASCAR teams may look for a bigger piece of the revenue pie in next media deal
March 2, 2022 via Awful Announcing
NASCAR’s next media rights contract won’t start until 2025, but those in charge of the sport are preparing for negotiations. When NASCAR begins negotiations with networks next year, they might be negotiating with the race teams as well.

HBO’s Larry David Documentary Pulled a Day Before Premiere
March 1, 2022 via Hollywood Reporter
The premium cabler says the 'Curb Your Enthusiasm' creator would like to be filmed in front of an audience.

Turner Nabs U.S. Soccer Rights, Will Show Games on HBO Max
March 1, 2022 via Sportico - Business (subscription may be required)
Turner Sports is returning to the world of soccer, locking up the rights to air U.S. national team home contests from 2023 through 2030. All of the games will be streamed on HBO Max, with about half also airing on TNT or TBS.

WWE and A&E Expand Partnership, Set 130 New Hours of Programming
March 1, 2022 via Sportico - Business (subscription may be required)
A&E and WWE have signed a multiyear extension of their programming partnership. Under the terms of the deal, Variety reports, A&E has ordered more than 130 hours of new programming centered on the sports entertainment giant.

Disney Pauses Upcoming Theatrical Releases In Russia Amid Ukraine Invasion
February 28, 2022 via International Business Times
The Walt Disney Company said it will halt all future theatrical releases in Russia amid its conflict with Ukraine. “Given the unprovoked invasion of Ukraine and the tragic humanitarian crisis, we are pausing the release of theatrical films in Russia, including the upcoming ‘Turning Red’ from Pixar,” the company said.

Sean McVay spurns potential $100 million Amazon offer to stay with Rams
February 25, 2022 via New York Post
Amazon Prime Video were planning on meeting next week with the Los Angeles head coach about him becoming an NFL TV game analyst, and sources felt the platform might go as high as offering five years and $100 million for its exclusive Thursday Night Football package in the fall.

Contrast among Alliance leagues more apparent as Big Ten looks to media rights
February 23, 2022 via Sports Business Journal
The Alliance conferences, Big Ten and Pac-12, seem to "view governance and other important topics through the same prism," but "no matter how it relates with other leagues, the Big Ten is still the Big Ten," according to Scott Dochterman of THE ATHLETIC.

GP Metaverse Combines Game and Collectibles To Launch A Groundbreaking NFT Project
March 2, 2022 via Atlanta New Online
Innovative metaverse project, GP Metaverse, is set to chart a new course in the digital space with the launch of an NFT-based virtual race car collection.

GalaxE by HODL Integrates NFTs and Web3 Social to Launch First All-In-One Metaverse
March 2, 2022 via PR Newswire
Web 3.0 Social is becoming the hottest, simplest, and most intuitive concept for selling NFTs to fund projects, monetize content, and validate ownership of both digital and real-world assets.

Top 3 NFT Platforms in the Music Industry
March 1, 2022 via The Financial Analyst
Here to change the way that artists and fans interact forever, cryptocurrencies and blockchain technologies are on tour in the music industry – from digital ticketing to distribution, NFTs are taking over. Let's take a close look at the top four NFT platforms fronting the way: Centaurify, MusicArt, and Meteora.