By Joshua Bloomgarden on 2.24.22 Posted in Sports & Entertainment Spotlight
PDF 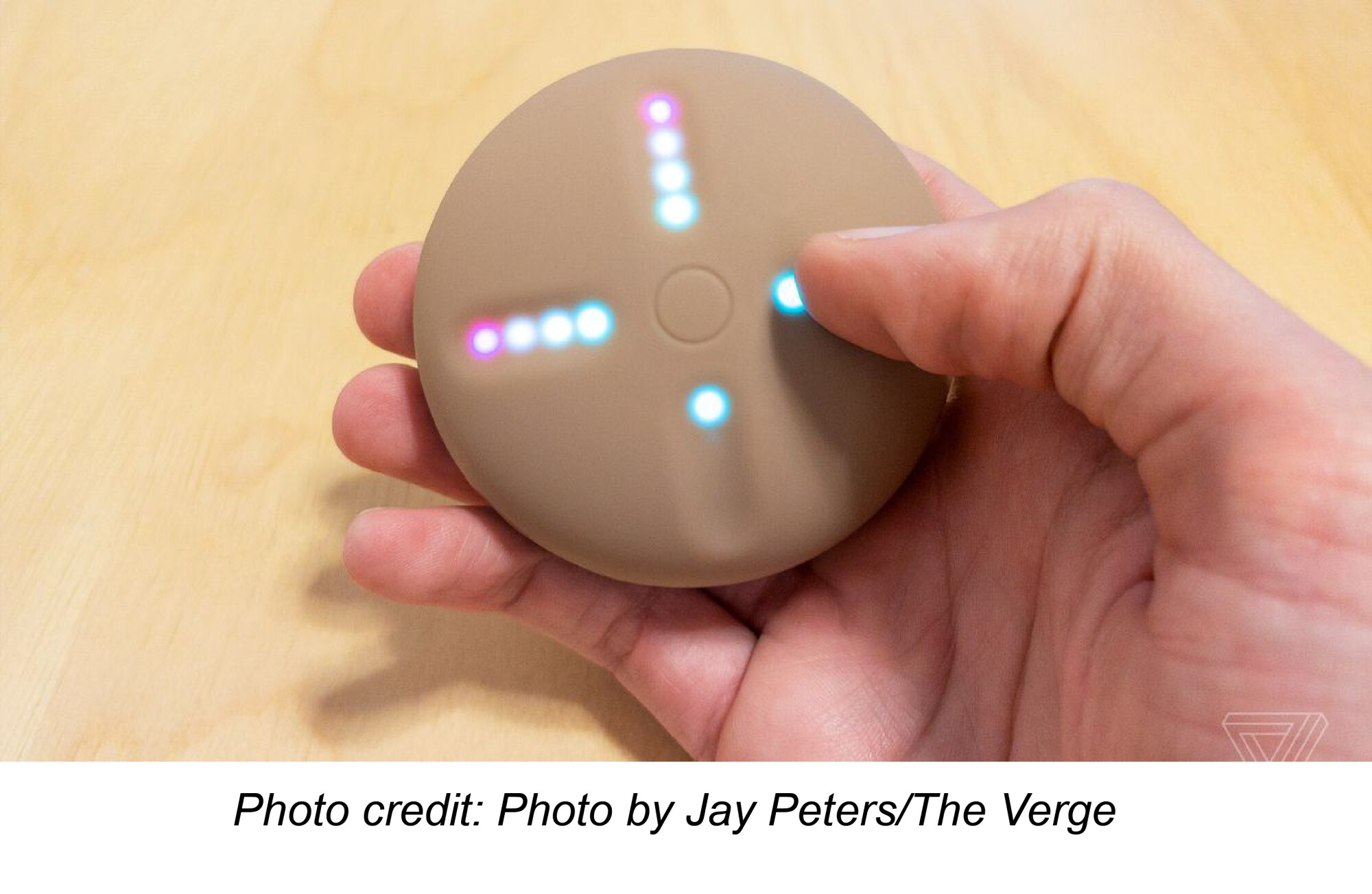 A Fresh-Faced Scarlett Johansson Joins Instagram to Model Skincare Line
February 23, 2022 via Yahoo News
Scarlett Johansson has joined Instagram via her new 'clean and effective' skincare line's page, The Outset, making her fans very happy. The actor, who has never before had a presence on social media, is due to launch the full product range on 1 March, as unveiled by the social media account.

MLB Player Joins as Investor, Partner at Local Sports E-Commerce Company
February 23, 2022 via Biz Journal
With the announcement of this MLB player joining the Guardian Baseball team, the brand becomes the first sports e-commerce retailer owned by a professional athlete.

Amtrak Returning to Sports Sponsorship, Names Agency of Record
February 23, 2022 via Sports Business Journal
Some five years after exited as a longtime sports marketing brand, it is returning to the fold. After a review, Amtrak has quietly named Hackensack, N.J.-based Source Communications its sports agency of record.

Michael Rubin’s Fanatics, Jay-Z, Meek Mill, Lil Baby, and More Acquire Mitchell & Ness for $250 Million
February 18, 2022 via Complex
Michael Rubin’s Fanatics and Jay-Z, as well as several other familiar names, are among those confirmed to have acquired Mitchell & Ness. In a statement shared with Complex, Rubin touted the Philadelphia-based company as an “iconic brand” with a limitless future.

Eileen Gu Scores Gold at Olympics and With Brands Despite Controversy
February 17, 2022 via Women's Wear Daily
With her medal-winning free skiing and can-do spirit, American-born Chinese free skier Eileen Gu has dominated the media’s coverage of the Beijing Olympics. But that global fascination has also been ignited by a streak of controversy.

Marchand & Ourand Pod: NFL, Olympics Wrap
February 23, 2022 via Sports Business Journal
This week's episode of The Marchand and Ourand Sports Media Podcast casts a wide net, taking a look at what's next for the Olympics, the media offseason and Adam Silver 's comments on limiting locker room access for reporters.

The Winter Olympics Are Won by a Small Circle of Countries, Over and Over
February 23, 2022 via Bloomberg – News (subscription may be required)
There’s an exclusive club of nations that keeps winning the Winter Olympics — which for medal hopefuls has proven tough-as-ice to crack compared to the summer games, despite efforts to bring more diversity into the competition.

U.S. Soccer, Women’s Team Members Settles Equal Pay Lawsuit for $24 Million
February 22, 2022 via The Washington Post
Members of the U.S. women’s national team reached a settlement with the U.S. Soccer Federation that will guarantee equal pay with the men’s team and offer players millions in back pay, ending a six-year fight in a gender discrimination case that resonated through American sports and beyond.

Brian Flores, Who is Suing the NFL, Will Join the Steelers as a Defensive Coach
February 21, 2022 via NPR
Brian Flores, who filed a racial discrimination lawsuit against the NFL and three of its teams, has been named senior defensive assistant and linebackers coach of the Pittsburgh Steelers.

China’s Gamble on a New Olympic Strategy Pays Off in Gold Medals
February 16, 2022 via Bloomberg – News (subscription may be required)
China’s most successful Winter Olympics team ever is a motley lineup that includes the son of hockey legend Chris Chelios, a former child actor, and a Louis Vuitton model.

Why Artists Like Springsteen And Dylan Are Suddenly Selling Their Catalogs
February 21, 2022 via The Day
"The best things in life are free. But you can keep 'em for the birds and bees. Now give me money." The Steve Miller Band put it more aggressively: "Take the money and run." It seems many of their colleagues are finally getting the message.

Kelly Accuser Gets Priority in Fight Over Sony Royalties
February 18, 2022 via Bloomberg Law (subscription may be required)
A woman who won a $4 million judgment against recording artist R. Kelly will receive royalties from Sony Music Holdings Inc. until she's paid in full, while a company with a $3.5 million award must get in line after her, an Illinois appeals court said.

Kanye West Touts $1.3 Million in Stem Player Sales, Says Exclusive ‘Donda 2' Release Sinks Apple Deal
February 18, 2022 via Billboard
After announcing Thursday that his forthcoming album would be streaming exclusively on his branded Stem Player, Kanye West (now known as Ye) says he's raked in over $1.3 million in sales over the past day alone.

Contrast Among Alliance Leagues More Apparent as Big Ten Looks to Media Rights
February 23, 2022 via Sports Business Journal
The Alliance conferences, Big Ten and Pac-12, seem to "view governance and other important topics through the same prism," but "no matter how it relates with other leagues, the Big Ten is still the Big Ten," according to Scott Dochterman of “The Athletic.”

PFT Suggests NFL Sunday Ticket Could Fetch $7.5 Billion/Year, but is That Even Realistic?
February 21, 2022 via Awful Announcing
Now that the 2021-2022 NFL season is over and Super Bowl LVI is behind us, the focus is back on where it matters most (to the league’s accountants), what will happen next with Sunday Ticket?

NBC Won’t Profit on Beijing’s Least-Watched Olympics, but Hopes are High for Paris
February 21, 2022 via Sportico – Business (subscription may be required)
The 2022 Winter Olympics was less an unforeseen disaster for NBC than something that, almost by design, was fated to be forgotten even while it was happening.

NBC's Beijing Olympic Ratings Called a 'Disaster' for Network: 'I'm Stunned... There is Karma in the World'
February 21, 2022 via Fox News - Latest News
A sobbing Russian figure skater berated by one of her coaches for a poor routine. Grim-looking cooling towers in the background of acrobatic snowboard jumps. Diplomatic boycotts. Half-empty stands. Announcers covering the games from Connecticut. It all played out in a host country engaged in human rights atrocities that was also the origin site of a global pandemic. For NBC, it wasn't exactly Olympic glory in China.

Croatian Football TV and Media Rights Sold For €44 Million
February 21, 2022 via Croatia Week
After the termination of the contract with Endorphin Magine, the HNS management held meetings with companies interested in buying TV and media rights, followed by three official offers to buy TV rights – A1 Croatia, Hrvatski Telekom and Sportklub and AB SportConsulting. At the same time, the SuperSport offer for media rights arrived, HNS said in a statement today.

SBJ Unpacks: NBC Wraps Up Beijing With Another Record-Low Olympics
February 21, 2022 via Sports Business Journal
Tonight in Unpacks: The Beijing Games were the least-watched Olympics on record, per SBJ's Austin Karp.

MGM Inks Development Deal With ‘The Mentalist’s Simon Baker
February 17, 2022 via Television Business International
MGM International Television Productions has signed an exclusive multi-year first-look deal with “The Mentalist” star Simon Baker. Under the terms of the agreement, Australian actor and director Baker will look to develop scripted projects with MGM with an international focus.

An NFT Bubble Is Taking Over the Gig Economy
February 22, 2022 via Wired - Headlines
Argentinian musician Frank Tavis had the life he always dreamed of. The 26-year-old was traveling the world and performing on the streets and in bars in more than 20 countries — each coin dropped in his guitar case helping pay his way to the next country for five years.

Wrangler® Announces First-of-its-Kind NFT, That Links the Metaverse With Physical World
February 22, 2022 via Business Wire
Wrangler®, a brand that has spent the last 75 years dedicated to creating the world’s best denim, is kicking off its milestone anniversary focused on the next frontier, the metaverse, by releasing 75 digitally animated Icon-Tier NFTs featuring one of Bridges’ signature dance moves.

How NFTs Could Redefine the Future of The Music Industry
February 19, 2022 via Venturebeat
NFT sales skyrocketed in 2021. From a transaction volume of merely USD $40.69 million in 2018, NFT trading volume surged over $44.2 billion in 2021 and is continually shattering records and reaching new heights.