By Joshua Bloomgarden on 12.23.21 Posted in Sports & Entertainment Spotlight
PDF 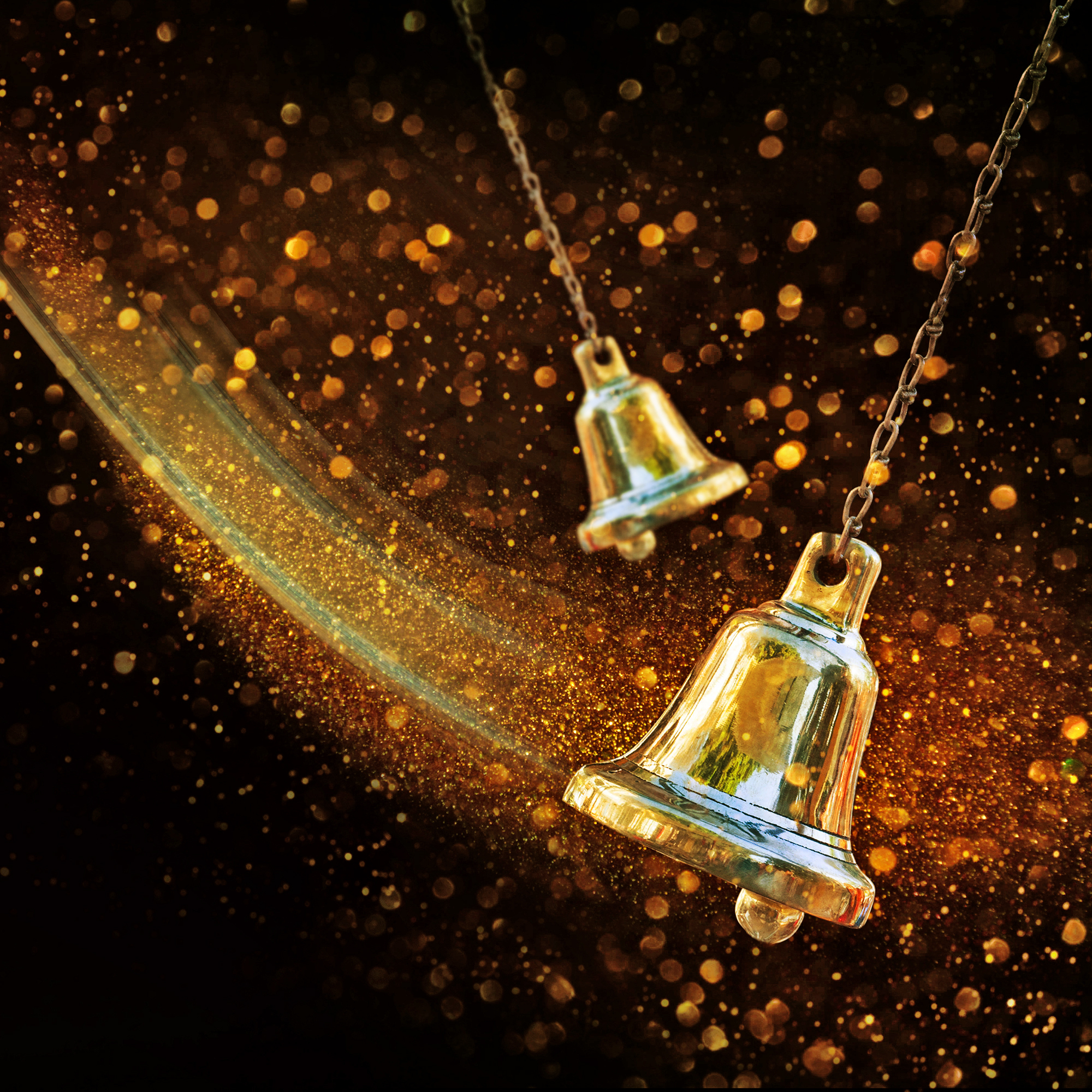 Happy holidays! Whether you light a menorah (like myself), a kinara or a tree, I’m glad that you decided to make the “Spotlight” part of your holiday season. In the spirit of this time of year, I am, despite my better judgment, obliged to start off with (public domain) holiday cheer to the tune of “Jingle Bells.” Hey, if Irving Berlin and Mel Torme can do it, why not this mensch? So, without further ado…

N-I-L, N-F-L, so much more to read.
I appreciate your visit whether you click or scroll top speed.
Deion lures a future pro,
To play ball at Jackson State,
O’er larger programs he’ll go,
And build his brand in school while laughing to the bank – ha ha ha!

Then there’s the NFL,
Seeing COVID cases rise,
Instead of withholding salaries and cancelling games,
Moving them to Tuesday night!

Oh, and Sean John sells,
Landmark brand o’ hip hop apparels,
Back to P. Diddy,
For a tenth of what he originally sold it for --
he must feel giddy - tee-hee-hee!

In the meantime,
Major League Baseball challenged on its status as antitrust exempt,
Will I find a rhyme,
Or will I be verklempt?

And NFTs, time shall tell,
Whether they’re a fleeting fad,
For the music industry they may be suited well,
So read-up, you’ll be glad!

Any tips or stories for the Spotlight?
Don’t hesitate to reach out and say!
Oh what fun it was to write
this Spotlight for today.

From Pizza to T-Shirts, College Athletes Are Rushing to Monetize Their Brands
December 21, 2021 via Bloomberg – News (subscription may be required)
University of Miami quarterback Tyler Van Dyke is wrapping up a pretty good season. The 20-year-old redshirt freshman was named the Atlantic Coast Conference’s overall and offensive rookie of the year. And now, he’s building his own brand.

Umaine Could Gain Recruiting Edge Under Bill Cementing Athletes’ Right to Make Money
December 18, 2021 via Bangor Daily News
University of Maine wide receiver Andre Miller hurdles a defender during a March game against Stony Brook University. Miller was one of his school's first athletes to be compensated under a landmark NCAA rules change that a Maine lawmaker wants to enshrine in state law.

No Barstool Deal, But Travis Hunter's Move Could Be Game Changer in NIL
December 16, 2021 via Sports Business Journal - All Sections
Jackson State football's star signee Travis Hunter does "not have an NIL deal in place with Barstool Sports," according to a source cited by Khari Thompson of the Mississippi CLARION LEDGER.

Mac Jones Net Worth 2021: What Are Jones' Endorsement Deals?
December 18, 2021 via Marca
Just before Mac signed for the Patriots, he signed his first endorsement deal with training apparel manufacturers NOBULL, which will further bolster his net worth.

Travis Hunter to Jackson State Proves Deion Sanders is Made for NIL Era | Toppmeyer
December 15, 2021 via The Clarion-Ledger
If college athletes were allowed to profit off endorsement deals during Deion Sanders’ career as a multi-sport 1980s star at Florida State, he could have become a millionaire before ever playing an NFL or MLB game.

Al Harrington-Backed Village is Aiming to Support Women- and Minority-Owned Cannabis Companies
December 21, 2021 via MarketWatch
Their goal for Village is to build a multi-state operator not unlike larger businesses such as Curaleaf, Trulieve, Green Thumb Industries GTBIF, Ayr Wellness, or Cresco Labs, but with a majority of key executives being women or minorities.

Why Chris Noth's $12 Million Tequila Deal Was Just Called Off
December 21, 2021 via Mashed
When Mr. Big died just like that, many people were shaken to the core. Unfortunately, the disturbing news about the actor who portrayed him, Chris Noth, was set in real life. The Hollywood Reporter shared that two women reached out to the outlet, alleging that Noth assaulted them.

NFLPA President JC Tretter Says NFL Nearly Canceled Three Games That Were Rescheduled Due to COVID-19 Outbreaks
December 22, 2021 via ESPN
NFLPA president JC Tretter said the NFL was close to canceling three games this past weekend in the wake of multiple COVID-19 outbreaks among teams.

A New Lawsuit Is Challenging MLB’s Antitrust Exemption
December 21, 2021 via Bleed Cubby Blue
Major League Baseball has been exempt from federal antitrust laws for over a century, when the Supreme Court concluded, in the 1920 case Federal Baseball Club vs. National League, that baseball was not “interstate commerce.”

In a Historic Holiday Week, the NFL Looks to Wrest Stability from Chaos
December 21, 2021 via Sportico – Business (subscription may be required)
The NFL managed to get through the first 14 weeks of the season before the coronavirus reasserted itself by way of the hyper-contagious omicron variant, and while some doomsayers are already breaking out the plague doctor get-ups, nothing about how the league is handling this outbreak suggests that more significant disruptions are in the works.

QuidditchUK Wants to be Renamed Following JK Rowling Comments on Gender Identity
December 20, 2021 via News Break - Top Stories
The governing body for Quidditch in the UK has said they want to be renamed to “distance” itself from Harry Potter author JK Rowling following her “hateful” comments on gender identity.

Biennial World Cup Would Raise Extra $4.4 Billion FIFA Delegates Told
December 20, 2021 via Reuters - Top Stories (General)
International football leaders were told by FIFA on Monday, December 20, that a switch to a biennial World Cup would create an extra $4.4 billion in revenues for the world body.

Antetokounmpo’s IP and NIL Rights Emphasized in Court Ruling
December 20, 2021 via Sportico – Law (subscription may be required)
Giannis Antetokounmpo is a two-time MVP, five-time All-Star and an NBA champ. He’s also a successful plaintiff in a federal IP lawsuit over the unauthorized use of his trademark, name, image and likeness rights in jerseys, phone cases, clocks, pillows, greeting cards, shower curtains and even drug paraphernalia.

Eurovision Sport Signs New Deal With L'Equipe to Broadcast IBU World Cup
December 21, 2021 via Inside The Games Big Read
Eurovision Sport has extended its ongoing agreement with L'Equipe, allowing the French broadcaster media rights for the International Biathlon Union (IBU) World Cup circuit and World Championships until the end of the 2025-2026 season. This extension covers another four seasons, starting from 2022 to 2023.

Global Polo Entertainment Signs Agreement With ESPN Sur and Star+ in Latin America
December 21, 2021 via MarketWatch - All Company Press Releases News & Commentary
"This partnership is important as we endeavor to grow the exposure to our top USPA tournaments worldwide. Argentina and South America were the next big steps for the visibility and growth necessary to attract new fans and viewers to the sport of polo," said J. Michael Prince, President and CEO.

NRL Secures Media Rights Extension With Nine
December 20, 2021 via Sports Business Journal - All Sections (subscription may be required)
The National Rugby League has signed a five-year extension with Nine Entertainment Co "for the free-to-air television rights" for an average of A$115 million ($82 million) per year. The extension worth A$575 million ($409 million) in total will bring the league's long-term broadcast partner "into a fourth decade."

Damn Write Originals Founder Nakia Stephens Talks Partnership With AspireTV and New Film Della Mae
December 20, 2021 via Forbes - Top Stories (subscription may be required)
Nakia Stephens is an award-winning screenwriter/filmmaker born and raised in Atlanta, Georgia. She is a graduate of the first public HBCU in Georgia, Savannah State University, where she studied Mass Communications with a concentration in Radio/Television Broadcasting.

Disney, Google Reach Deal for YouTube TV
December 19, 2021 via Sportico – Business (subscription may be required)
Disney and Google said they reached a deal to restore ESPN, ABC and other channels to YouTube TV, two days after a contract dispute knocked them off the streamer, Variety reports.

Major League Soccer Increased Viewership This Season. Now it Has to Convince Networks it's Worth $300 Million Per Year
December 18, 2021 via CNBC - Business News
While other U.S. sports leagues battle another COVID outbreak, Major League Soccer ended its 2021 season with some good news as it attempts to convince TV networks they should pay $300 million a year to carry its games.

NBC Hops on the Spring Football Express with Three-Year USFL Deal
December 15, 2021 via Sportico – Business (subscription may be required)
The Fox-backed USFL has landed another broadcast partner in advance of its spring 2022 relaunch, as NBC Sports has signed a deal to carry 21 of the league’s Saturday and Sunday games.

Spike Lee and Netflix Sign Creative Partnership
December 17, 2021 via STL Today
Spike Lee has teamed up with Netflix for a multi-year creative partnership. The 64-year-old director and his 40 Acres and a Mule Filmworks have forged a partnership with the streaming giant following successful collaborations on 'Da 5 Bloods' and the 'She's Gotta Have It' TV series.

Diddy Wins Bid to Buy Back Sean John From Bankrupt Owner for $7.5 Million
December 12, 2021 via Billboard
Sean “Diddy” Combs has won the bidding war to buy back his Sean John fashion line from the brand’s now-bankrupt owner, according to a filing Tuesday, December 21, in Manhattan federal bankruptcy court.

ZZ Top Sells Catalog to BMG and KKR for Approximately $50 Million
December 21, 2021 via Greenwich Time
BMG and KKR have put their recently announced partnership to work, acquiring the “entire music interests” of long-running American rock band ZZ Top for a sum sources place at approximately $50 million. The agreement includes a buyout of the band's publishing catalogue and their income from recorded royalties.

Adele's ‘30' Spends Fourth Week at No. 1 on Billboard 200 Albums Chart
December 20, 2021 via Billboard
Drake has won a court ruling ending a bizarre defamation lawsuit filed by a woman who was allegedly arrested in 2017 for breaking into the super star's home.

Cheryl’s Music Career is OVER as Former Popstar Gives Up Hopes of Stardom and Loses A-List Endorsement Deals
December 17, 2021 via The Sun (UK) - Celebrity News
SHE was the nation’s sweetheart, with a glittering pop future and millions in the bank. But it appears the tide may have finally turned for good on Cheryl Tweedy’s music career, after industry insiders revealed her record deal is coming to an end — with no new music planned.

In Historic Deal, Bruce Springsteen Sells His Masters for $500 Million
December 16, 2021 via NPR - All Things Considered
Bruce Springsteen has reportedly sold Sony his masters for a value north of $500 million. NPR's Audie Cornish talks with Billboard's Melinda Newman on why music icons have recently decided to cash in.

Christmas Song Royalties: How Much Do Mariah Carey, Wham! and The Pogues Earn Every Year?
December 16, 2021 via Tech Register - Top Stories
Every year we hear the same Christmas songs again and again and again, the playlist seldom changing. While the supermarkets might stick rigidly to Slade and Wizzard, and the high street coffee shops prefer the gingerbread-and-eggnog stylings of Michael Buble.

United Talent Agency Acquires MediaLink for $125 Million - WSJ
December 16, 2021 via Wall Street Journal - CMO Today (subscription may be required)
United Talent Agency said it has acquired MediaLink, a marketing and media consulting firm that is owned by Ascential PLC, for $125 million, as the Hollywood talent firm seeks to ramp up its marketing practice.

The Power of NFTs in Music Distribution
December 21, 2021 via Cryptonews - Top Stories
There has been a change in music distribution dynamics over the past decade as music artists and record labels attempt to move with the times and take advantage of new monetization opportunities.