By Joshua Bloomgarden on 4.14.22 Posted in Sports & Entertainment Spotlight
PDF 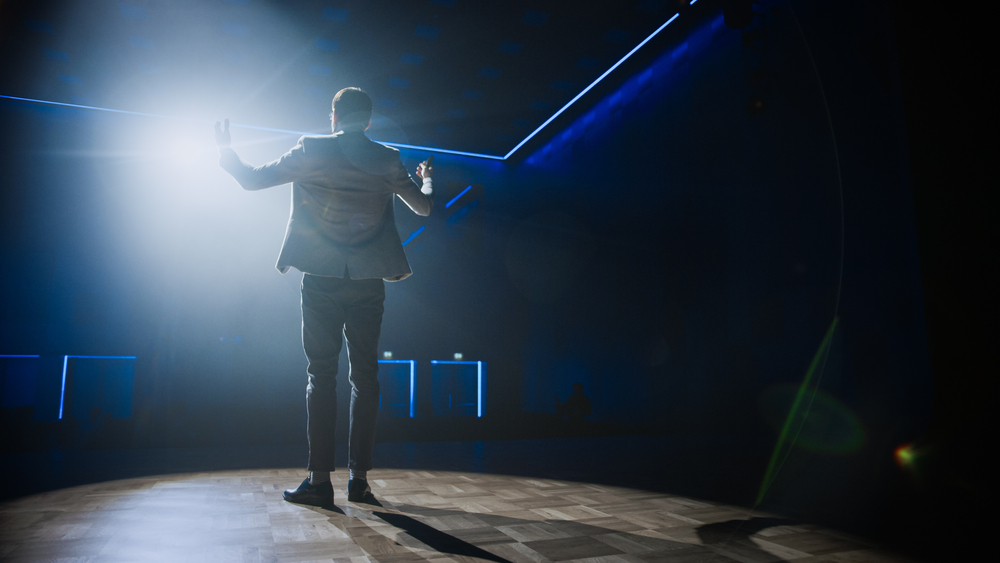 Welcome back to the "Spotlight," and to those of you who celebrate, (a) Ramadan Mubarak and/or (b) Happy: (i) Passover, (ii) Good Friday and/or (iii) Easter. (What can I say? You can take the transactional lawyer out of contract drafting but you can’t take the contract drafting out of the transactional lawyer). In the spirit of the holidays and springtime, let’s take some time to reflect on new beginnings – or rather – some folks who could desperately use them. Now, by “new beginnings” I don’t mean the Jennifer Lopez remarrying Ben Affleck type (my source/wife confirms that Jenny from the block even got a new rock…) but rather the moral kind.

First, speaking of a rock, in the fallout from slapping Chris Rock at the Academy Awards, Will Smith was officially banned from attending the next 10 Academy Awards ceremonies. Certainly a lighter “punishment” than that of battery (or forcing him to watch “After Earth”), and perhaps more symbolic than anything, but perhaps the Academy thinks that 10 years in the tuxedo-free penalty box will give Smith a chance to regroup what has been an otherwise impressive acting career — or at least give additional time for development of the memory-erasing flash device from “Men In Black.”

Another man looking for a new start is National Football League Quarterback Deshaun Watson, who recently sought a change of scenery from Houston home of the Texans, and 22(!) civil complaints and nine recently dismissed criminal complaints against Watson alleging sexual misconduct and assault, to Cleveland, where he struck a fully-guaranteed, five-year, $230 million deal. Certainly, his contract could go a long way to settling the civil suits and offsetting the loss of endorsement opportunities but after sustaining the (self-inflicted?) damage to his reputation, he will need to have his on-field and off-field activities be beyond reproach — that is, if the NFL actually lets him take the field.

Sticking with the NFL, already under investigation for sexual harassment and a hostile work environment, Washington Commanders owner Dan Snyder finds himself in increasingly dire straits with revelations this past week that Congress referred to the Federal Trade Commission an investigation into the team’s financial improprieties dating back to when Snyder bought the team. Specifically, the Commanders ownership is alleged to have withheld refunds from on customers’ seat deposits, while underreporting ticket revenue. Both of which seemingly pretty difficult to accomplish with the Washington’s historically poor performances. In any event, should the NFL (let alone the Federal Government) see to removing Snyder from his position of power, it is hard to think of any redemption story for Snyder.

At any rate, if you or someone you know needs help looking for colored eggs or brittle crackers, might I suggest using this "Spotlight:"

Brief programming note: I am taking a very long overdue vacation (another reset), so I will not be up to my usual shenanigans. The next two weeks will be just the stories and summaries. (I know…I’ll miss you, too)

‘This is a serious investment’: More DTC brands are bringing on celebrity co-founders
April 12, 2022 via Modern Retail
Celebrities are increasingly taking a more hands-on approach to investing, and positioning themselves as post-facto brand co-founders or creative directors.

UFC to Pay Fighters Bitcoin Bonuses in Expanded Crypto.com Deal
April 7, 2022 via Sportico – Business (subscription may be required)
UFC is adding a new cryptocurrency bonus to its pay-per-view events, $60,000 worth of bitcoin to be distributed to fighters based on a fan vote. The new bonus is part of the 10-year, $175 million partnership between the MMA company and Crypto.com, the biggest sponsorship in UFC history.

NFL Invests $320 Million in Fanatics as Part of $1.5 Billion Round
April 6, 2022 via Sportico – Business (subscription may be required)
The National Football League has increased its investment in Fanatics, joining other leagues, players’ unions and team owners in the company’s recently reported $1.5 billion round. The NFL led the financing with a $320 million investment, Fanatics confirmed.

NFL Now Largest U.S. Shareholder in Genius Sports as Warrants Vest
April 6, 2022 via Sportico – Business (subscription may be required)
The National Football League is now the largest American owner of equity in Genius Sports, controlling about 7.7% of the business after a new batch of warrants vested last week.

Rams Launch Virtual Venue to Host Season Ticket Holders Year-Round
April 11, 2022 via Sportico – Business (subscription may be required)
Months after winning a Super Bowl in their own SoFi Stadium, the Los Angeles Rams are opening some new digs — online. The Rams launched a “Virtual Rams House,” unveiling a web platform that will host team executives and season ticket holders later this week.

Snyder Ticket Revenue Claims Place NFL in New Legal Showdown
April 11, 2022 via Sportico – Law (subscription may be required)
The bombshell allegation that the Washington Commanders withheld ticket revenue from visiting teams invites a crucial question: Could this allegation, which follows others, be the one that leads to Daniel Snyder’s removal as owner? Don’t bet on it.

Deshaun Watson’s Risk of NFL Discipline Rises as Lawsuits Expand
April 8, 2022 via Sportico – Law (subscription may be required)
Cleveland Browns quarterback Deshaun Watson recently avoided criminal charges over allegations that he assaulted massage therapists, but 22 civil lawsuits against him stand, and in two of them, theories of unlawful acts have expanded.

Bowlsby says Big 12 in strong position to move forward after transition
April 6, 2022 via Sports Business Journal
Big 12 Commissioner Bob Bowlsby said that he believes the conference and its schools are "in a strong position going into the future" following his decision to step down from the position later this year.

Kanye West's Label Hit With Royalty Suit Over 'Power' Sample
April 12, 2022 via Law 360 – Top Stories (subscription may be required)
Lawyers for King Crimson are suing Kanye West's record label, claiming that the rapper had failed to pay royalties for using a sample of a song by the progressive rock band in his track "Power."

Factbox: From Dylan to Springsteen, music greats sell rights to labels
April 12, 2022 via Reuters – Top Stories
Universal Music Group said it would manage the song catalog of the "King of Rock 'n' Roll" Elvis Presley, the latest such deal by global music labels to generate more revenue from royalties, licensing and brand deals.

Artists Are Selling Their Catalogs: How You Can Be Strategic With Your IP
April 11, 2022 via Forbes – Top Stories (subscription may be required)
It pays to be strategic with intellectual property. For an artist with an extensive music catalog, the revenue that the catalog makes not only funds a certain lifestyle but can also be used as an investment tool or estate planning strategy. You’ve heard the term “cash is king.” Well, in the entertainment industry, “IP is king.”

Ed Sheeran Talks About Winning ‘Shape of You' Copyright Battle: ‘You Can't Settle Just Out of Principle'
April 8, 2022 via Billboard
Just a day after winning a copyright battle in UK court over his 2017 chart-topping smash “Shape Of You,” Ed Sheeran sat down with BBC Two's Newsnight to explain why he felt compelled to go to trial to defend his musical honor.

Bob Dylan Defeats ‘Hurricane’ Co-Writer’s Lawsuit Over $300 Million Catalog Sale
April 6, 2022 via Register Citizen
A New York appeals court has rejected the lawsuit including Bob Dylan that claimed the singer-songwriter was in debt to the estate of one-time collaborator, Jacques Levy, for a portion of his Universal catalog sale.

Warner Bros. Discovery could become big player in streaming sports media rights
April 12, 2022 via Sports Business Journal
How Warner Bros. Discovery navigates the "media sector's streaming wars" could lead to a "new sports giant that is poised to add another deep-pocketed player vying for major league negotiations that it previously ignored," according to Brian Steinberg of Variety.

IPL media rights: Decline in TV ratings of league could be a concern for BCCI
April 11, 2022 via BrandEquity
The BCCI has set a base price of Rs 33,000 crore for the 2023-27 IPL media rights and the board as well as market experts are expecting a high-intense bidding, which is scheduled for June 12.

Sports Media: F1 goes to market expecting big increase in rights next year as U.S. interest continues growth
April 11, 2022 via Sports Business Journal
Formula One has been out in the market seeking upward of $75 million per year for its U.S. media rights, according to several sources. Currently, sources say that ESPN is paying in the neighborhood of $5 million per year for the rights.

Netflix might buy a piece of NFL Films
April 8, 2022 via Tech Crunch
The NFL is in talks with media companies about selling equity in NFL Films, according to sources familiar with what occurred at last week’s annual owners’ meetings, The Athletic reported.

UMaine hockey game streams will look better next year thanks to new ESPN deal
April 7, 2022 via Bangor Daily News
Ken Ralph is elated that Hockey East landed a six-year media rights deal with ESPN and ESPN+. Quite frankly, it was a necessary step for the league in terms of upgrades in that area.

Streaming deals ramp up for sports as MLB Opening Day and Masters Tournament begin
April 7, 2022 via Tech Crunch
In light of all the recent complex streaming sports licensing deals, it becomes more evident each day that streaming platforms are beginning to realize the cash grab of having live sporting events on their services.

Eugenio Derbez And 3Pas Studios Sign With CAA
April 6, 2022 via Deadline - Hollywood Breaking News
CAA has signed Eugenio Derbez and his production company 3Pas Studios in all areas. Derbez is on a hot streak following the announcement of multiple deals.

Kurt Cobain’s Guitar Used in Nirvana’s ‘Smells Like Teen Spirit’ Video Makes Auction Debut | Barron's
April 12, 2022 via Barron's News
Regarded as “the spokesman of Generation X, ” Cobain died by suicide in 1994 at the age of 27. Cobain’s guitars have been highly sought after among music collectors.