Brand Protection in the Era of Exploding Domains 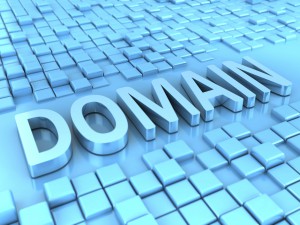 Beginning in late 2013 and early 2014, the number and type of domain options has exploded, providing brand owners with both the opportunity to expand and strengthen their on-line presence and with a greater number of potential infringing domains of others to worry about.  Much of the domain name registration and administration process operates outside the awareness of many brands, and many have been caught unaware.

The Internet is administered by a non-profit corporation called the Internet Corporation for Net Names and Numbers (ICANN).  It is this entity that decides, among other things, what combinations of letters can go after the dot in a domain name.  Beginning in 2012, ICANN began its New Generic Top-Level Domains Program to “increase competition and choice in the domain name space.” ICANN accepts applications for new domain name endings, evaluates them and delegates them to the applicant registry (to be distinguished from the registrar, which is the entity in this process most familiar to brand owners and the public - like Register.com, GoDaddy or Network Solutions).  Eventually, the registry works with ICANN-approved registrars, and the new ending are available to the public for registration.

The letter combinations after the dot are called “top-level domains” (TLDs) and are divided into two main categories - generic top-level domains (gTLDs) and country-code top level domains (ccTLDs).  gTLDs are further divided into two sub-categories - “unsponsored” gTLDs (uTLDs), which anyone can register  (.com, .net, .biz and .info) and sponsored gTLDs (sTLDs), which can only be registered by members of a “sponsored community” (.gov, .edu, .aero).

The huge push in adding TLDs in the last year or so has focused on gTLDs and on the addition of a third category of domains, the Internationalized Domain Name (IDNs), which consist of TLDs in characters that are not US-ASCII, such as Chinese, Arabic or Cyrillic.  These may be representations of existing TLDs, like .com, in the applicable characters or new TLDs or both.

Brand owners can see the potential problems with the expansion of available domain names.  The number of TLDs that could be registered by third parties incorporating elements of a brand has increased from a handful to, over the next few years, possibly more than 1300.  That makes more than 1300 opportunities for a cybersquatter to register a brand in connection with a new domain ending and possibly several opportunities missed to register useful new TLDs, including:

There is also the possibility that a new TLD itself may infringe an existing trademark, and ICANN has accounted for that possibility in its review and the provision of a post-delegation dispute resolution process.

The more likely scenario is that the second-level domain (the “meat” of the domain name that appears before the dot and ending) will be the infringing piece.  ICANN has responded to the significant concerns of brand owners in this regard by introducing a new rights policing mechanism called the Trademark Clearinghouse, participation in which is mandatory for all new gTLD registries. Rather than requiring brand owners to rely on the Uniform Domain Name Dispute Resolution Policy (UDRP) process, requiring brand owners to proceed only after a potential infringing name is registered, the Clearinghouse allows for some level of pre-registration enforcement.  Successful registration of valid trademarks with the Clearinghouse permits those trademark owners (for a fee) to:

The Clearinghouse, in turn, works with a variety of registrars who provide what are called “blocking mechanisms” for the new gTLDs.  In short, the owner of a trademark registered with the Clearinghouse can purchase blocking services to block third-party registrations of domain names containing that trademark (and, possibly, similar marks) without having to go to the trouble of defensively registering your brand across all desirable domain endings some 70 or 80 times.

If blocking, defensive registration and notification still does not work, ICANN has also instituted the Uniform Rapid Suspension System (URS) which creates a more streamlined process for terminating infringing domain name registrations than the UDRP provides.

With all of the brand-building and monetization opportunities that it provides to brand owners, the Internet is also a tough place for many brands and, in some ways, it has gotten tougher.  Fortunately, there are mechanisms that exist to help brand owners protect their good names and the goodwill they have built in them on the Internet and also to explore new opportunities for expanding their online presence.