Big Win for FilmOn in Battle for Compulsory License
By Kristyn Fields on 9.21.15 Posted in Copyright, Entertainment
PDF 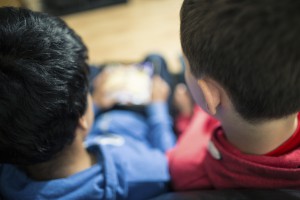 Aereo was a subscription service that permitted its subscribers to view live television over the Internet using retransmissions from broadcast networks. Under copyright law, a company or individual generally must seek permission from the copyright holder to broadcast a copyrighted work “publicly.” Aereo lost to broadcast companies in a Supreme Court case in which broadcast networks alleged that Aereo’s actions violated the broadcasters’ copyright by retransmitting their content without obtaining permission or otherwise compensating the networks. Aereo unsuccessfully argued that it was not required to obtain permission or pay broadcasters, because its system of tiny antennas, each one assigned to an individual subscriber, streamed content into people’s individual homes and therefore was not considered a “public” performance. Disagreeing, the Supreme Court found that Aereo's retransmissions of broadcast content amounted to uncompensated public performances and violated copyright law. However, in its opinion, the Court provided some hope to Aereo and similar services when it emphasized that Aereo exhibited an “overwhelming likeness” to a cable company. Following the Supreme Court’s ruling, Aereo attempted to redefine itself as a cable company and sought a compulsory license like those available to cable companies from the Copyright Office. The Copyright Office rejected Aereo’s application, finding that Internet streaming services are not entitled to the license. Thereafter Aereo suspended its services, eventually declaring Chapter 11 bankruptcy. The digital video recording company TiVo eventually bought out Aereo.

Like Aereo, FilmOn uses a system of tiny antennas to receive broadcast signals that can be accessed through the Internet to view television programming retransmitted from broadcasters. While Aereo denied that it was a cable system in its Supreme Court case, FilmOn argues that it should be treated as a cable system and should therefore be entitled to the Section 111 compulsory license. A determination that FilmOn qualifies for a compulsory license, which gives cable companies the ability to retransmit copyrighted works at a set price, would spare the Internet streaming service from the copyright infringement exposure that doomed Aereo. In its district court case, FilmOn argued that the Supreme Court’s opinion in Aereo supports its position, because it highlighted the similarity between traditional cable and internet-based services. The networks responded that the similarity does not automatically qualify FilmOn for the license. They believe that under FilmOn’s interpretation of Section 111, anyone (even a kid in his dorm room) would be entitled to the license. The California district court disagreed with the broadcast networks.

The FilmOn ruling is surprising, because it conflicts with a 2012 ruling by the Second Circuit that found that the Internet streaming service, ivi, did not qualify for the Section 111 compulsory license, because the court did not believe that Congress intended the license to extend to such Internet retransmissions. Judge Wu refused to rely on the persuasive authority of the ivi case when examining FilmOn, noting that the Second Circuit employed an overly narrow reading of the Copyright Act in that case. Judge Wu agreed with the language in Aereo suggesting that Internet streaming services and cable companies were extremely similar. While the Aereo decision was not binding either, as it addressed the question of infringement liability rather than eligibility for the compulsory license, “[i]t is…about as close a statement directly in [FilmOn’s] favor as could be made,” the judge said.

For now, the ruling that FilmOn is potentially entitled to a compulsory license is a victory for all Internet-based streaming services. However, the judge also certified the ruling for immediate appeal to the Ninth Circuit, which the networks will be vigorously pursuing.

The ruling by Judge Wu is only a part of the complicated issue surrounding services like FilmOn and Aereo. Such services have been awaiting an upcoming vote by the Federal Communications Commission (“FCC”). The vote will determine whether Internet-delivered streaming services should be regulated more like cable companies and satellite services, defined by the FCC as multi-channel video programming distributors (“MVPDs”).

The networks believe that such a decision by the FCC is irrelevant, because the Copyright Office, not the FCC, determines who deserves access to the compulsory license. Indeed, the telecommunications regulatory regime and copyright law are distinct concepts. Even if streaming services are brought within the MVPD definition, there is a separate fee for the compulsory license under Section 111 of the Copyright Act. However, following the Supreme Court’s ruling in the Aereo case, the Copyright Office issued a letter noting that the outcome of the ongoing FCC proceeding could impact its analysis of Section 111.

The additional involvement of the Copyright Office and the FCC illustrates that the issues surrounding Internet streaming services are being debated in several forums, and thus there may be multiple avenues for resolving such issues. In light of the broader context, it is unclear what impact the FilmOn ruling will have. It is clear, however, that the ruling will not be the last word.