By Joshua Bloomgarden on 5.13.21 Posted in Sports & Entertainment Spotlight

The word of the week for this edition is “credibility.” In the courts of law and public opinion, credibility (or the quality of being trusted and believed in) is everything. Just ask famed Triple Crown horse trainer Bob Baffert, who is currently embroiled in a doping scandal over the 2021 Kentucky Derby winner, Medina Spirit—the fifth horse of Baffert’s to test positive for banned substances this year. Baffert served up wide-ranging explanations/conspiracy theories/excuses for the infraction, blaming “cancel culture,” then cough syrup-urine-soaked hay and most recently—and perhaps most plausibly—a daily ointment administered to the horse. Probably should have led with the ointment.

The impact of credibility was also on full display when avowed cryptophile Elon Musk hosted last week’s Saturday Night Live, he pulled the rug out from under meme cryptocurrency, Dogecoin, referring to it as a “hustle”—robbing it of the credibility that he himself had lent it—only to prop it back up by stating his company Space X would accept Dogecoin payment for trips to space.

The theme of credibility finally brings us to NCAA President, Mark Emmert, who has dragged his feet for years in the efforts to enable college athletes to receive compensation for the use of their names, images and likenesses (NIL), to the point that many are suspect of his credibility. Then came news (featured below) that Emmert is asking the NCAA to move forward with plans to approve new NIL rules in advance of July 1, the date on which several states’ NIL legislation comes into effect. What those rules might look like is unclear, but Emmert, who just received a five-year extension to his tenure as NCAA President, appears to be on the precipice of either salvaging or irretrievably losing his credibility.

What else grabbed my attention this week? Glad you asked…

By Joshua Bloomgarden on 5.6.21 Posted in Sports & Entertainment Spotlight

Hope is in the air (not to mention copious amounts of tree pollen) here in New York – and that’s to say nothing of the Knicks’ hardwood resurgence, the Giants’ highly-acclaimed moves in last week’s NFL Draft and the Yankees’ bats and pitching arms coming to life. Indeed, with hard-won gains from mass vaccinations and other public health measures, New York City—once the epicenter of the coronavirus pandemic—is due to reopen and set the course to something resembling pre-pandemic life as restaurants, bars, comedy clubs, movie theatres, museums, stadiums and arenas return to full (albeit socially-distanced) capacity. We’ve come a long way and still have a ways to go, but there is much to look forward to.

With that, here’s what I am spotlighting this week:

Thanks for reading, and Happy Mother’s Day to all the moms out there!

By Joshua Bloomgarden on 4.22.21 Posted in Sports & Entertainment Spotlight

Welcome back to the Spotlight: the blog with more longevity (but far less financial backing) than the European Super League (ESL). OK, maybe that’s not saying a lot, as the ill-fated collection of 10 of the most preeminent soccer clubs in Europe announced the formation of a new league that threatened to shake the time-honored foundations of the soccer world—only to have (as of this writing) eight clubs back-out within less than three days of such announcement. While a crisis appears to have been averted – at least for the time being – lawsuits amongst the ESL member clubs may be on the horizon. Until then, let’s get into what else is making headlines this week:

By Joshua Bloomgarden on 4.15.21 Posted in Sports & Entertainment Spotlight

“Happy” Tax Day to those of you here in the United States celebrating/commiserating (noting of course that certain taxpayers have until May 17 to file their returns this year). Like taxes, this installment of the Spotlight ought not be evaded. I know that some of my readers are accountants, so let’s waste no time diving right into this week’s featured topics/stories:

Thanks for your readership! Hope to see you back next week.

By Joshua Bloomgarden on 4.8.21 Posted in Sports & Entertainment Spotlight

Happy Thursday and a big congratulations to the Stanford Cardinal and the Baylor Bears on their respective NCAA Women’s and Men’s Basketball Tournament wins (the latter of which helped yours truly place second in our Firm’s Bracket pool). Perhaps it also counts for something that my alma mater Wisconsin Badgers were defeated by the eventual champions, but I digress…

At any rate, here are the highlights from this week’s Spotlight:

Thanks for reading – see you back here next week.

By Joshua Bloomgarden on 4.1.21 Posted in Sports & Entertainment Spotlight

March is over, a new month begins.
Congrats on the Final Four to the Zags, Cougars, Bears and Bruins.

Opening Day is upon us, it’s time to play ball,
And battle for the World Series title deep into the fall.

Enough setting the stage, let’s get on with the show,
Here’s what’s going on this week to put you in the know:

A devilish sneaker collaboration leads to a lawsuit by Nike,
with allegations that its brand was tarnished and that consumer confusion is likely.

NFTs as collectibles remain one of the hottest items in town,
as the creators of NBA Top Shot close a huge financing round.

Apple throws it support behind a DIY music distribution up-start
That enables creators to shun labels and retain ownership of their art.

Against the NCAA, student-athletes took their case to the Supreme Court,
And Justices tipped their hands to show the NCAA skepticism and the athletes support.

Will be back next week with my usual pithy prose,
If you guessed this was April Fools’ hijinks, you hit it right on the nose.

By Joshua Bloomgarden on 3.25.21 Posted in Sports & Entertainment Spotlight 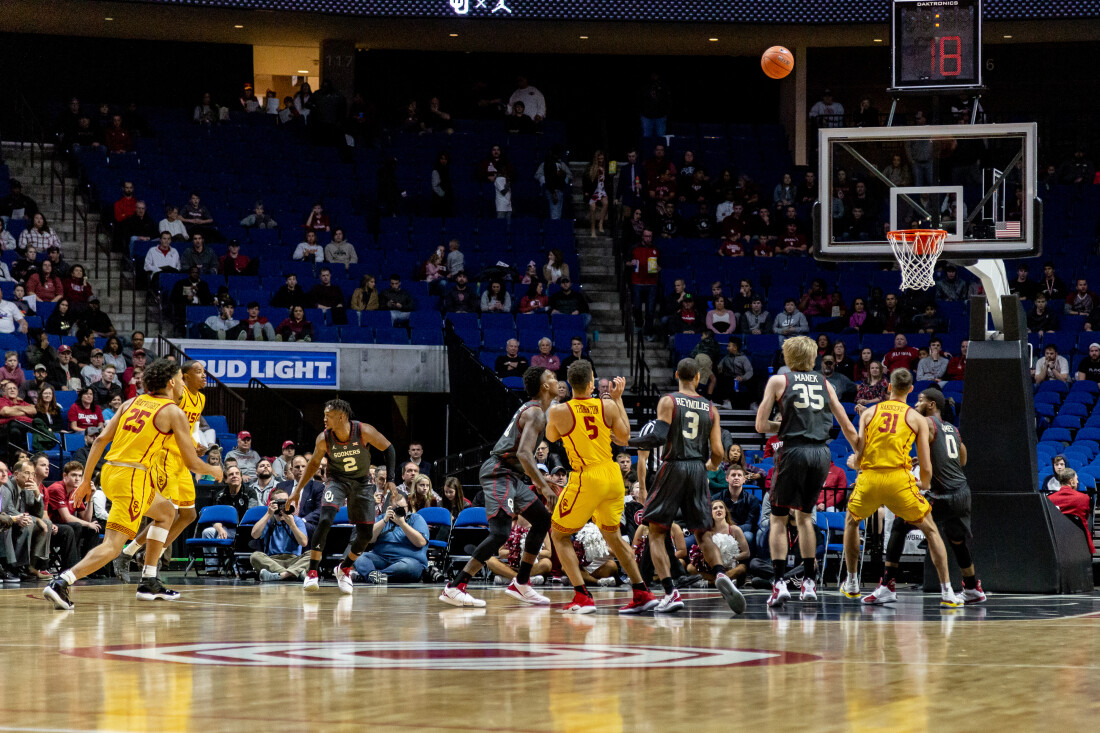 Happy Spring! After an especially long winter throughout several parts of the country, it is a welcome sight to see many of the familiar hallmarks of this time of year (even as our daily lives remain markedly different from this time two years ago): MLB Spring Training, Awards season and busted brackets (thank you, Oral Roberts).Without further ado, below is a sampling of the latest for you to tuck away in your bonnet:

By Joshua Bloomgarden on 3.18.21 Posted in Sports & Entertainment Spotlight

Welcome back and to those of you who celebrated a belated Happy St. Patrick’s Day. While I can’t promise that this installment of the Spotlight will be the “hair of the dog,” it should still make for a great accompaniment with your coffee(s). Without further ado, here is a sampling of what I found at the other end of the rainbow:

By Joshua Bloomgarden on 3.11.21 Posted in Sports & Entertainment Spotlight

Welcome back to another week in the Spotlight. It is truly remarkable to think that it has (already? only?) been one year since the World Health Organization’s declaration of the COVID-19 pandemic, shuttering sports arenas, film sets, theatres, concert venues and disrupting people’s way of life – that of course is nothing in comparison to the human toll of the disease. Still, the beat goes on…

At any rate, below is a sampling of some developments that caught my attention this week:

By Joshua Bloomgarden on 3.4.21 Posted in Sports & Entertainment Spotlight

Greetings, and welcome to the inaugural edition of the Sports & Entertainment Spotlight series! The product of my unrequited desire for human interaction nearly one year into the COVID-19 pandemic, this weekly feature will endeavor to bring readers up to speed on new, noteworthy and/or cutting-edge business and legal developments in the sports and entertainment industries. I hope you find it informative and fascinating, as I certainly do. If there are any topics you’d like to read more about, please feel free to let me know.

This week’s installment spotlights some noteworthy trends and developments, including: