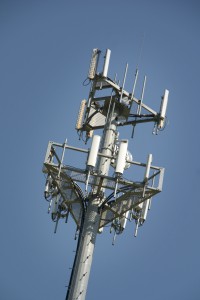 T-Mobile West LLC v City of Medina, U.S.D.C. No. C14-1455-RSL (W.D. Wash., August 25, 2015) involved Plaintiff’s federal court challenge under the Federal Telecommunications Act (FTA) to the denial of its cell tower application.  After the case was filed but before trial, the original parties (i.e., the applicant and the City) proposed a stipulated judgment that would allow the tower on the proposed site with some modifications.  Intervening neighbors objected to the same.

In considering the objections, the court noted that the FTA expressly preserved the powers of local government to restrict the placement and construction of cell towers, within certain statutory limits.  The complaint in this case alleged the denial effectively prevented cell tower service to fill a “significant gap” in existing service and that the applicant had proposed the “least intrusive” solution to that gap, consistent with the values the denial sought to serve.  The statutory analysis required under FTA case law involved a comparison of alternative facilities with the applicant bearing the burden of showing the lack of available and technically feasible sites.

In this case, the proposed stipulated judgment indicated a desired disposition by the principal parties to avoid a trial on the merits.  The court agreed that settlement of litigation was a good thing, but such settlement may not be in violation of law, including local zoning regulations.  The principal parties noted that all alternative sites would require discretionary variances, a factor that must be considered in evaluating the proposed settlement.  Moreover, in order for a settlement to be evaluated, there must not be a showing of violation of federal law.

Plaintiff alleged a significant service gap and that the placement of an 80-foot tower was the least intrusive means of closing that gap.  Intervenors alleged that no other alternative sites were evaluated, offered evidence of other suitable sites not theretofore considered and requested a continuance to undertake discovery on these issues.  They had already secured documents from the City’s expert witness, had requested to supplement the record and filed a memorandum regarding its views that entry of the stipulated judgment was premature.

The Court concluded the principal parties had failed to show the absence of a genuine material fact as to the least restrictive criterion and was satisfied that Intervenors had shown a need for additional time for discovery on the “significant gap” and least restrictive intrusion considerations.  Because all potential sites presented would require a variance, the determination of the least restrictive intrusion could not be decided on the current record.  Accordingly, the stipulated motion was denied and the court ordered a new briefing schedule.

This case demonstrates that even when the original parties settle, there may yet be factual or legal issues that cannot be resolved if Intervenors raise significant issues to assure that relevant standards are met.