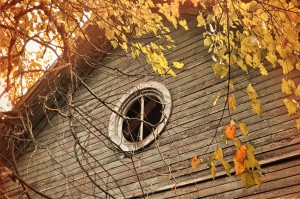 Ecotone Farm LLC v. Ward, 2-16 WL 335837 (3rd Cir.) involved a long-running dispute between Plaintiff Ecotone Farm and its principal, Huff, and Harding Township, New Jersey, the Township Engineer, Fox, and Huff’s neighbor, Ward. Huff bought property over which Ward had an ingress-egress easement and there were disputes over the use of that easement. Ward made baseless reports to environmental authorities over the use of Huff’s property and, as a member of the Township Committee, its governing body, Ward instructed Fox to harass Huff, allegedly in consideration for his reappointment as Township Engineer and continuing engineering fees for managing the harassment. Ward is a real estate broker and allegedly steered clients to Fox.

Huff sought to renovate structures on his property, but Fox and Ward undertook various means to frustrate those efforts. After two years, Huff brought suit after himself being sued for a violation of a Township code provision and a superseded application that the Township did not take into account. However, other interferences continued and, in the midst of these occurrences, Fox was reappointed Township Engineer, due to the ongoing litigation and with knowledge of his abusive conduct. Because of the time and costs of delay, plaintiff brought this civil rights action against the Township, Ward and other members of the Township Committee, and Fox, alleging conspiracy to deprive plaintiff of his civil rights, procedural and substantive due process and equal protection violations under the federal constitution and making state law claims as well, and seeking damages, costs and attorney fees. The district court granted a motion to dismiss for failure to state a claim, accepting defendants’ view that qualified immunity applied.

The trial court found that Committee members other than Ward were not involved in actions that deprived plaintiff of his civil rights, that the allegations against Ward involved his actions as a private citizen and were not under color of state law. Furthermore, the allegations against the Township did not involve municipal policy or custom. As to the claims against Fox (which would be treated in the same way as to the other defendants), the substantive due process claim would fail because the conduct did not “shock the conscience” of the court, that the equal protection claim did not allege another situation in which a comparable actor was treated differently, and that the procedural due process claim failed because state processes were not shown to be inadequate. The court dismissed the conspiracy claim because it was not grounded in class-based discrimination, such as race.

The equal protection claim was brought as a “class of one,” so that plaintiff must alleged defendant treated him differently than others similarly situated, that such treatment was intentional, and there was no rational basis for that treatment. Both the allegations in the complaint and the pattern of harassment obviate specific descriptions of unequal treatment at the pleading stage. Defendants did not deny the second element and the third element is met in the pleadings by the allegations of differential treatment being arbitrary, capricious, unreasonable, malicious and motivated by personal animus. Under the circumstances there was no reasonable basis for the use of the barriers used by defendants to delay or halt the project. The court also noted that the suit brought by the Township was based on a soils plan that had already been superseded at the time the suit was brought. The equal protection claim thus survived a motion to dismiss.

As to substantive due process, the court found a property right at issue and the use of improper motives in these circumstances to stop or delay the project to be conduct that “shocks the conscience” of the court. Ward’s desire for greater control over the easement and Fox’ realization of larger fees for his participation in the harassment were sufficient to rise to the “conscience-shocking” level and sustain a substantive due process claim at the pleading stage. Moreover, these defendants’ activities were done under color of state law and were sufficient to allege a civil rights claim. In particular, Fox’s role in administering the Township justifies an equal protection claim against the Township; however, the Township’s role does not otherwise shock the conscience of the court, so that the substantive due process claim is insufficient to survive a motion to dismiss. There was no showing that the Township Committee ratified or approved Fox’ conduct and a review of the Township ordinances demonstrated that the decision at issue was allocated solely to the Township Engineer and not its governing body.

Because plaintiff failed to appeal the dismissal of the procedural due process claim, the Third Circuit treated it as abandoned. Because there were remanded federal claims, the pendent state law claims were remanded.

This case demonstrates the potential for equal protection claims based on intentional and discriminatory treatment, and that conduct found to “shock the conscience of the court” may add up to a substantive due process claim. Additionally, it also demonstrates that these two claims may result in a civil rights action that could lead to damages, costs and attorney fees. Watchful supervision of the activities of both governing body members and city employees and agents is a wise course of action under the circumstances.