By Robert Spitzer on 9.21.15 Posted in Real Estate, The Sharing Economy
PDF 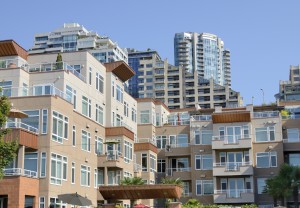 The Supreme Court of the State of Washington recently decided a case in which the advancing forces of the sharing economy intersect with the real estate world, in Fillmore LLLP the Unit Owners Association of Centre Pointe Condominium, Washington Supreme Court No. 0879-6 (September 3, 2015). In this case, the court analyzed whether a homeowners’ association condominium declaration amendment required a 67% percent vote, or if the higher threshold of 90% percent of affirmative votes was required to pass a resolution restricting the right of a condominium owner to rent the condominium.

While this opinion is not groundbreaking as a matter of law, to me, the case is most interesting in light of the changing approach to short-term residential real estate rentals created by the “sharing economy”. Airbnb, VRBO, and other property sharing sites have made it easier than ever to lease your property on a short term basis to others. Wired Magazine reports that Airbnb recently had a valuation of $10 billion in 2014. It is expected to have 2015 revenue of over $500 million. The company, which allows users to rent out their spare rooms or vacant homes to strangers, overtook 10 million stays on its platform in 2014 and now has over 1,000,000 listings in over 35,000 cities of the world. It allows a more efficient use of vacant rooms, condominiums or houses, and undercuts the more traditional purveyors of hotel rooms and suites. It is clear that just as companies like Uber are expanding the options for car transportation through facilitating car owners to make money with their own vehicles, the future will see an increasing number of options and platforms for real estate owners to monetize their real estate. (Have you stored your extra boxes through sharemystorage.com yet?)

The Supreme Court did not issue a sweeping ruling paving the way for more property sharing in Washington. In fact the Court ruled in a manner much narrower than they could and probably should have ruled. The technical legal issue was whether RCW 64.34.264(4), of the Washington Condominium Act, required a 90% percent vote for a restriction on unit rentals, as a declaration amendment which changed “the uses to which any unit is restricted”. In this case, the proposed change would limit the total number of rentals in the condominium to 30% percent of the total number of units. The proposal was passed with at least 67% percent (but less than 90% percent) of the votes voting in favor. The owner of a number of units challenged the validity of the amendment.

The Supreme Court looked to the specific language of the declaration to interpret condominium rentals as a use to which any unit can be put as contemplated in the statute. In doing so, it ruled that putting the limitation on the number of rental units constituted a change as described in RCW 64.34.264(4), requiring a 90% percent vote. It could have made the same ruling without reference to the specific condominium declaration, however. I believe the common understanding of the statutory language, “the uses to which any unit is restricted”, would include a restriction on the residential rentals of a condominium. Nonetheless, this question will arise again.

As more people enter the sharing economy, and discover that the short-term rental of their condominiums or town houses generate positive cash flow without a lot of extra work, we have seen tensions in homeowners’ associations and condominium homeowners’ associations, including push-back from the hotel industry as they view this sharing as a competitive threat. Some communities are looking to impose legislative or regulatory restrictions, such as restricting short term rentals, or the number of units which can be rented within an association as in the Centre Point case. This will be interesting to see how this shift in the prevailing business model transforms the homeowner and condominium owner paradigm.