By Paul Trinchero on 5.27.16 Posted in Oregon Public Use of Lands Act
PDF 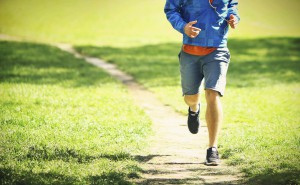 The Oregon Public Use of Lands Act, ORS 105.672 et seq., provides immunity from tort liability to private and public owners of land that is made available to the public for recreational purposes.  The purpose of the Act is to encourage both private and public landowners to open their lands to the public.  In Johnson v. Gibson, 358 Or 624 (2016), the Oregon Supreme Court answered the question posed to it by the Ninth Circuit Court of Appeals: Does the recreational immunity provided in the Public Use of Lands Act extend to employees of a landowner?  The Oregon Supreme Court found that it did not.

The case involved a personal injury claim brought by a legally blind jogger injured by stepping into a hole created by a City employee in a public park owned by the City of Portland.  The plaintiff filed the claim for negligence and violations of the ADA in federal court and named the City and the two responsible employees. The City, claiming recreational immunity under the Public Use of Lands Act, filed a motion to substitute the City as the sole defendant pursuant to a provision in the Oregon Tort Claims Act.  The maneuver, if allowed, would have resulted in dismissal of the case.  However, the trial court denied the motion, finding that the substitution would leave the plaintiff without a remedy for her injury in violation of the remedy clause of the Oregon Constitution.

In the second case, the City employees filed a motion for summary judgment contending that they qualified as “owners” for purposes of the Public Use of Lands Act and were therefore entitled to recreational immunity.  Alternatively, the employees contended they were entitled to exercise the City’s recreational immunity under agency principles. The trial court, finding the employees did fall within the Act’s definition of “owners,” granted the motion and the case was appealed to the Ninth Circuit, which certified to the Oregon Supreme Court the question of whether tort immunity provided to landowners under the Act extends to employees of the landowner.

The Oregon Supreme Court applied the principles of statutory construction to the definition of “owner” to dispatch the defendants’ argument that the employees were like a “tenant, lessee, occupant or other person in possession of land.”  The Court also rejected the defendants’ alternative argument that the employees were immune from tort liability because they enjoyed the same privileges and immunities as their employer – an indisputable “owner” under the Act. The Court held that whether the immunity of the employer (principal) extended to its employees (agents) turns on whether that immunity is personal to the principal or extends to its agents.  The Court cited a number of sovereign immunity cases recognizing a distinction between the liability of local government as a landowner and the liability of employees and agents of the government.  These holding are based, in part, on the tension between the Oregon Constitution’s remedy clause and the doctrine of sovereign immunity.  The Court held that whether an immunity is personal to a principal or extends to agents is a “legislative choice subject to constitution bounds.” The Court examined the Act and its legislative history to determine if the legislature intended to extend recreational immunity to a landowner’s employees and agents and found nothing to indicate that the legislature chose to extend recreational immunity to a landowner’s employees.  Thus, the Court found that an employee of a landowner is not protected from tort liability under the Public Use of Lands Act.

As a practical matter, the Oregon Supreme Court created a gaping hole in a landowner’s immunity from tort liability under the Act.  Most, if not all, landowners will ultimately be responsible for the negligence of their employees that results in injury to a member of the public.  It will be interesting to see if this case has a chilling effect on private landowners making their lands available to the public for recreation.