Tenants Do Not Have Standing to Sue for Prescriptive Easements

By Paul Trinchero on 11.20.15 Posted in Oregon Court of Appeals, Prescriptive Easement
PDF 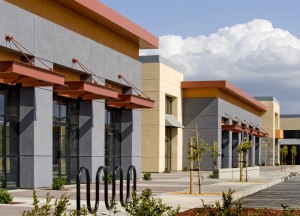 On an issue of first impression in Oregon, the Court of Appeals recently decided that a tenant lacks standing to bring a lawsuit to establish a prescriptive easement. The tenant in this case operated a business under the name “Jiggles” in Tualatin. The neighboring property was a shopping center featuring a K-Mart store that was owned or managed by the defendants. The suit was brought after the defendants blocked access to plaintiff’s establishment from the neighboring shopping center by installing a fence and locked gate.

Tenant filed a lawsuit seeking a declaration of a prescriptive easement, injunctive relief and damages for intentional interference with business relations. It is unclear why the action was brought by the tenant rather than the property owner. The trial court dismissed the lawsuit at the pleading stage on the grounds that a tenant has no standing to file a lawsuit to establish a prescriptive easement. Because the claims for injunctive relief and intentional interference were grounded in the prescriptive easement claim, the entire case was dismissed. The Oregon Court of Appeals affirmed.

In reaching its decision, the Court distinguished cases in which a property owner relied on a tenant’s adverse use to establish a prescriptive easement. The Court noted that in those cases the rule is that a tenant’s adverse use generally inures to the benefit of the property owner. The Court announced a corollary to that rule “that it is the landowner, not the tenant, to whom a claim for prescriptive easement belongs and by whom it must be asserted.” Thus, Oregon follows numerous other jurisdictions in finding that tenants do not have standing to bring actions to establish prescriptive easements.

This case flags a potential issue in drafting leases. What should a lawyer do to ensure that a tenant is protected in the event a key access point for the business is blocked by a quarreling neighbor? This case suggests that in cases where access rights are not clear, a lease provision requiring the property owner to bring, or at least cooperate in bringing, a lawsuit to establish access should be considered.