Posts tagged UGB.
Metro Reserves: So Close, but yet So Far
By Foster Garvey on 8.19.16 Posted in UGB 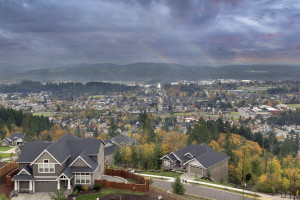 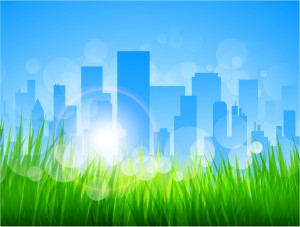 Scappoose, Oregon, located right off Highway 30, has only 6,800 residents. Its motto is “A place to grow.” This expected growth was the subject of a recent court of appeals case, Zimmerman v LCDC, 274 Or App 512 (2015). In 2011, the city enacted an ordinance amending its comprehensive plan, hoping to add more land to its UGB designating much of it for industrial and commercial uses, particularly for airport employment uses. To expand a UGB pursuant a Goal 14, a local government must establish that land is needed to further future economic opportunities; determining such need requires compliance with Goal 9 and implementing administrative rules. In order to justify such expansion, a local government must compare the demand for industrial and employment lands against the existing supply, through a review of the “best available” information considering national, regional or local trends, site characteristics of expected uses and development potential. OAR 660-009-0015. 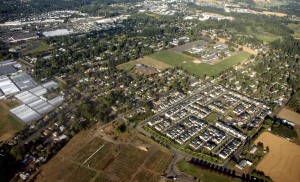 In our DJC column for November, 2010, It's About Time - How Not to Plan For Future Industry in Oregon, we wrote about the agonizing 15-year odyssey endured by the City of Woodburn to amend its urban growth boundary (UGB) to include an additional 409 acres of land, some of which is high value farmland and adjacent to the I-5 Freeway, for industrial use as part of periodic review.  The city justified the number of acres necessary for inclusion using a “target-industries” approach that evaluates the city’s employment needs based on the type of industries it would like to attract and then identifying an amount of land needed to attract those particular employers, given their site and building preferences.  The target-industries approach differs from the more typical “employees-per-acre” approach which projects employment growth and divides that growth by the number of employees per acre to reach the number of acres needed to support employment growth.

Petitioners 1000 Friends of Oregon and others objected to the target-industries approach and argued to the Oregon Court of Appeals that this approach resulted in designating more industrial land than was needed to accommodate projected job growth in violation of Statewide Land Use Planning Goal 9, Economic Development.  Petitioners also argued that the city’s target-industries approach “inflated” the number of acres needed to be included within the UGB in violation of Goal 14, Urbanization.  The Land Conservation and Development (LCDC) approved the city’s expansion of the UGB and concluded that the decision to “provide market choice among sites…is a key component of a successful industrial development strategy” required by the administrative rules implementing Goal 9.

In a 2010 proceeding, the Court of Appeals reversed and remanded, finding that LCDC failed to adequately explain its decision.  This concept is known as providing substantial reason.  “Although LCDC discusse[d] Goal 9 and its implementing rules and conclude[d] that the UGB amendment complies with both Goals 9 and 14, LCDC provided essentially no reasoning as to that conclusion with respect to Goal 14.”  Regarding Goal 9, the court stated that LCDC’s “mere reference to ‘market choice’ [was] insufficient to explain the reason that the city’s UGB expansion is consistent with that goal.”  Although the court did accept that some forms of “market choice” could be consistent with Goal 9, LCDC was left to determine to what extent it could exist and still comply with Goal 9.

Back at the drawing board, LCDC drafted a revised order and again approved the city’s decision for the same acreage.  This time, LCDC’s analysis was based on a determination of a “close correlation” between the amount of land needed using the target-industries when compared against the employees-per-acre approaches – a 51 acre or a 16% difference.  LCDC explained that “the more a city’s land need for employment based on its analysis of economic opportunities and sites diverges from what would be predicted…the more thoroughly the city will need to substantiate its economic opportunities analysis and resulting site needs.”  Since the two numbers, 311 acres needed under the employees per acre approach and 362 acres for the target employment approach, are “relatively close,” LCDC concluded that Goals 9 and 14 were satisfied.  On appeal for the second time, the Court of Appeals disagreed and found that LCDC failed to explain why a close correlation between the two approaches signified anything.  Why was a 16% divergence sufficient and when would these numbers diverge so much as to violate the goals?  The court explained that “LCDC did not explain why the relationship between the two numbers, in any case, should relieve it from reviewing—or local governments from explaining—why the amount of land proposed to be added to the UGB is consistent with the goal and other law just as carefully as it would if the correlation were not ‘close.’”  Just finding a “close correlation” did not provide adequate “analytical support” for LCDC’s conclusion.

LCDC’s second reason for affirming the city’s decision focused on the city’s analysis of population, employment, target industries and site requirements upon which LCDC found compliance with Goals 9 and 14.  Here, LCDC’s findings go through exhaustive detail explaining the steps taken by the city to determine how much additional land should be added to the UGB.  LCDC’s findings identified the applicable goals and other legal provisions, and concluded that the city’s decision complied with these requirements.  In what can only be describes as “déjà vu all over again,” the court-identified defect with this approach was that LCDC failed to provide “a meaningful explanation of why the steps taken by the city satisfy the legal standards.”  Sensing that it was not getting through in this second go-around, the court not only quotes two pages of LCDC findings but spends another two-and-a-half pages paraphrasing those same findings through the use of bullets and categorized them as statements of policy, fact, and conclusions.  The applicable standard “substantial reason” according to the court requires “an explanation of why the process in which a local government engaged and the results that it reached are consistent with the law.”

This decision is not just about an abject failure in writing findings but is indicative of an agency and local government desiring a particular result and working furiously to make the means justify that end with no particular consideration of whether the outcome was consistent with the law.  The land use laws, particularly when it comes to UGB amendments require two matters to be addressed – identifying a need for housing and employment lands and then expanding the UGB to accommodate the identified need and not the other way around.

Please join us on August 10 at the offices of Garvey Schubert Barer for the Euclid Society meeting. 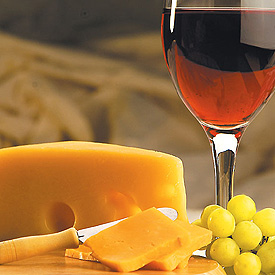 We may be forgiven for not noticing a report issued in the dog days of August from Portland Metro’s Chief Operations Officer, Michael Jordan, recommending the addition of  2,658 acres to the Portland Metropolitan Urban Growth Boundary (“UGB”).  This compares to about 18, 700 acres added in 2002 and about 2,300 acres added in 2004-05.  However, the recommended changes this year are significant and controversial.

Read More ›
Tags: City of Hillsboro, Portland Metro, UGB
It's About Time – How Not to Plan For Future Industry in Oregon
By Foster Garvey on 11.27.10 Posted in Land Use Planning

Industrial developers already struggling in the recession, specifically the now nearly defunct Opus Northwest, LLC, were dealt another blow in September 2010 by the Court of Appeals in 1000 Friends of Oregon v. Land Conservation and Development Commission (“LCDC”), a decision which not only stated the obvious about findings, but came at the end of a very lengthy process.

Read More ›
Tags: 1000 Friends of Oregon, City of Woodburn, Department of Land Conservation and Development, Opus NW, Oregon Court of Appeals, UGB
Measure 49 – The Sublime and the Routine
By Foster Garvey on 11.26.10 Posted in Land Use in Oregon, Measure 37, Measure 49

With the recession, the Gulf Oil Spill and overseas wars, and battle raging over the future of urban growth in the Metro area, Oregonians may be forgiven for not bringing to mind a previous crisis and the resolution of that crisis chosen by voters after much debate.  In 2004, voters passed Measure 37 to provide “just compensation” for property owners who claimed their balance sheets were reduced by state or local land use regulations.  The remedy under the Measure was either payment for that “lost value” or (as was overwhelmingly the case) a waiver of those regulations that had been enacted since the current owner acquired the property.  Over 6,850 Measure 37 claims, affecting over 750,000 acres of land were filed.