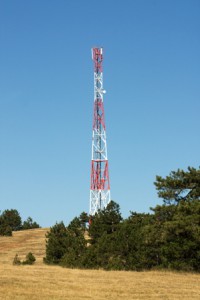 Mount Ulla Historical Preservation Society, Inc. v. Rowan County, 2014 WL 619584 (NC. App.) involved the second attempt of a broadcast company secure a conditional use permit to build a radio tower.  The first application had been denied in 2005 on grounds of an air safety hazard to a nearby airport.  That denial had been appealed to the North Carolina Court of Appeals but was upheld.  In 2010, a slightly lower tower was proposed and approved after the governing body denied a motion to dismiss the application on res judicata and collateral estoppel grounds.  The trial court reversed and the Historical Society appealed.

The Court characterized conditional use permit conditions as quasi-judicial and asserted that the trial court decision on this question of law was subject to de novo review.  Utilizing North Carolina case law, the Court found that res judicata and collateral estoppels could apply to parties in privity if the facts have not materially changed as to the grounds of the previous denial.  In this case, the 2005 denial was due to an air safety hazard and the question was whether a reduction of height by 150-feet of the tower, which was now proposed to 1,200 feet high, was a material change.  The Court characterized this as a fact question to which the Court normally deferred to the governing body.  However, the Court, in viewing the whole record, found there was nothing that would materially undermine the reasoning of the 2005 decision.  The Court said the Respondent essentially had the same facts in both cases and failed to show that the 2005 decision was incorrectly decided based on new facts.  Lacking such a basis, the doctrines of res judicata and collateral estoppel applied and the grant of the conditional use permit was found to be correctly reversed by the Trial Court.

Oregon courts in LUBA have been reluctant to apply res judicata and collateral estoppel to quasi-judicial land use decisions.  Plans and regulations, as well as facts, change over time and the identity of parties in two cases is rarely the same.  However, this North Carolina decision, which turns on whether facts have been materially changed, is an interesting excursion into this area of law. Mount Ulla Historical Preservation Society, Inc. v. Rowan County, 2014 WL 619584 (NC. App.)