By Edward J. Sullivan and Carrie A. Richter

Brandt Revocable Trust v. United States, (United States Supreme Court, March 10, 2014) involved the allocation of property interests in a former railroad right-of-way when the railroad subsequently abandoned its use.  Plaintiff trust succeeded to the interests of Melvin and Lulu Brandt, who purchased 83 acres of land in Wyoming by patent from the United States in 1976, subject to, among other things, an easement for railroad purposes.  The successor to that railroad formally abandoned the right-of-way and tore up the tracks and ties in 2004.  The United States claimed a reversionary interest in the former right-of-way in the form of an easement by virtue of a 1988 statute and settled with all landowners other than the Trust to convert that land to a public path, also known as rails to trails.  The Trust claimed that any government claim to the land was extinguished when the easement was abandoned by the railroad.

Both lower federal courts sided with the federal government, but in an 8-1 opinion authored by Chief Justice John Roberts, the Supreme Court reversed.  Chief Justice Roberts traced the historical relationship of railroads to settlement of the West, noting that from 1860-1971, when there was a need to build a transcontinental railroad and very little money available (mostly due to the Civil War), the federal government granted lands to railroads outright to encourage transcontinental service.  This was the practice when the “O&C Lands” were granted from 1866 to 1872 under the Oregon and California Railroad Act and related legislation.

The practice of granting fee title to lands to railroads ceased by 1875, when Congress enacted the General Railroad Right of Way Act and adopted a new practice to grant right-of-way easements for railroads (although those easements frequently did not deal with what happened if the easements were no longer used for railroads).  This was the type of easement granted for the subject lands.  The Trust claimed that to the extent any easement existed, the easement was extinguished by abandonment, while the United States claimed a reversionary interest that it grant to other public agencies, among other things, for hiking and bike trails. 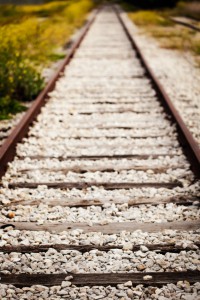 Chief Justice Roberts’ opinion relies on a case previously decided in 1942 by the Supreme Court in Great Northern Railway Co. v. United States in which the federal government defeated a private claim to oil rights under a railroad right-of-way by claiming the railroad’s interest was merely an easement and did not entitle it to mineral rights under the tracks.  When the United States granted title by patent to the Brandts in 1976, the land was “subject to those rights for railroad purposes” to a predecessor railroad and the court found that, when the beneficiary railroad abandons the right-of-way, the easement disappears and the landowner has an unencumbered interest in the land.  Chief Justice Roberts characterized the federal government’s position in the present case as suggesting that the Great Northern opinion did not really mean what it said, calling its arguments based on the 1875 Act an “improbable (and self-serving) reading” of that legislation.

The court noted that Congress again changed its policy in 1922 to grant all property interests in forfeited or abandoned railroad rights-of-way to the municipality or private person who owned the underlying land.  But in 1988, Congress declared that title to abandoned or forfeited railroad rights-of-way would vest in the United States. The court said that the nature of the property interests in the former railroad right-of-way turned on the date of the original grant of that interest, rather than subsequently enacted legislation.  Thus, if all the railroad had was an easement, the federal government could not acquire a greater interest by changing the rules after the fact.  The Brandt Trust owned the property subject to the easement and when the easement was abandoned, that interest simply went away.

This is not to say there may be other ways to acquire easements over these former rights-of-way for pedestrian or bicycle trails – by purchase, gift, or condemnation for example.  Perhaps there are cases to be made that title has been lost by adverse possession.  Nevertheless, those owning lands crossed by now-abandoned railroad rights-of-way now have something to talk about to public agencies asserting that those owners have no legal interest in that land.