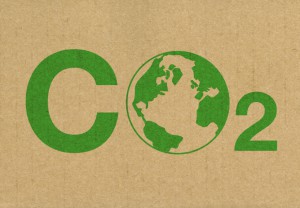 When Barack Obama was a law student at Harvard University, his constitutional law professor was Lawrence Tribe. A distinguished legal scholar and teacher, Professor Tribe has also been counsel in a number of high profile cases such as Bush v. Gore (Tribe represented former Vice President Al Gore). President Obama and his former professor appear to have maintained a cordial relationship (e.g., Tribe has described the President as “the best student I ever had” and he served as a judicial adviser to Mr. Obama’s 2008 presidential campaign; in addition, during President Obama’s first term Tribe was “Senior Counselor for Access to Justice” in the Department of Justice). Despite his apparent goodwill toward the President, last month Tribe filed rulemaking comments suggesting that the U.S. Environmental Protection Agency should scuttle its proposal to establish first-time restrictions on greenhouse gas (carbon dioxide - CO2) emissions from existing coal-fired power plants. EPA’s proposal, Carbon Pollution Emission Guidelines for Existing Stationary Sources: Electric Utility Generating Units, 79 Fed. Reg 34830 (June 18, 2014), which is often referred to as the Obama Administration’s “Clean Power Plan,” is intended to reduce CO2 emissions from the electric power sector by 30% through various means including shifting a significant portion of coal-fired generation to natural gas and increased reliance on renewable energy. Tribe’s comments, filed on December 1st in conjunction with Peabody Coal Company, take direct aim at the Clean Power Plan as a “remarkable example of executive overreach” that violates the Constitution’s bedrock principle of “separation of powers” (“separation of powers” is an important aspect of the curriculum for constitutional law, and one could conclude from Mr. Tribe’s comments that he must think his former student missed class on those days!).

Attempts at humor aside, Professor Tribe’s comments have received considerable attention. Among other things, he argues that the Clean Power Plan’s downgrading of coal-fired electricity contradicts many decades of federal government encouragement of – and financial support for – producing electricity from coal, and results in an unconstitutional “taking” of private property. That argument seems questionable (a “taking” in the regulatory context assumes that the government action at issue deprives the injured party’s property of essentially all value, which is not the case here). In addition, Tribe challenges EPA’s interpretation of the statute that is the underlying legal basis for the Clean Power Plan, section 111(d) of the Clean Air Act. This relates to the fact that when section 111(d) was modified as part of the Clean Air Act Amendments of 1990, the Senate and House each approved different and somewhat conflicting versions of the statute. Although the conflict should have been addressed in a House-Senate conference, that did not happen. Instead, the legislation signed by President George H.W. Bush and recorded in the U.S. Statutes at Large included the two different versions of section 111(d). In the Clean Power Plan EPA refers to the conflict as an ambiguity that the agency reconciles by interpreting section 111(d) in a manner that authorizes EPA to regulate CO2 emissions from existing power plants and other industrial sources. Professor Tribe, on the other hand, says there is no ambiguity and he treats the House version of section 111(d) – which would not authorize EPA regulation of power plants’ CO2 emissions – as controlling. He adds that even if there is an ambiguity, EPA’s attempt to reconcile the two provisions violates separation of powers because “choos[ing] which of two competing versions of a statute . . . to make legally operative” is “the exclusive responsibility of the legislature.”