Posts tagged Land Use in Oregon.
Wind Energy Gets Another Lease on Life in Umatilla County
By Foster Garvey on 4.11.13 Posted in Energy

In Cosner v. Umatilla County (2012), the Land Use Board of Appeals overturned a series of Umatilla County ordinances adopted in 2011 to prevent several wind energy developments.  The main issues in the case involved the county’s compliance with Goal 5 and the constitutionality of 2-mile setbacks for wind turbines from certain uses and locations. LUBA found against the county on both assignments of error.

After the Cosner decision, the county adopted a new series of ordinances in 2012 that it believed would resolve the problems identified in Cosner.  Thereafter, Jim Hatley (also a party in Cosner) appealed the 2012 ordinances.  LUBA upheld the county’s new ordinances and Hatley appealed to the Oregon Court of Appeals. 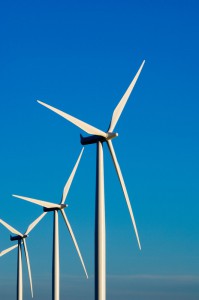 On April 3, 2013, the Court reversed and remanded LUBA’s decision. Significantly, the Court held that Hatley did not waive his right to appeal the 2012 ordinances because he could have raised those issues in the original LUBA proceedings.  The Court distinguished between quasi-judicial decision making, where a strong “raise-it-or-waive-it” standard applies, and legislative decision making, where waiver does not apply.  In a quasi-judicial process the governing body is required to give notice of and apply a set of criteria within a fixed time-frame and to adopt a final decision.  In contrast, once LUBA overturned the 2011 ordinances, the county was not bound to take any action, but opted on its own to adopt two new ordinances.  Therefore, the public involvement process started anew.

On remand, LUBA will consider whether the county’s 2012 ordinances are preempted by state laws that encourage and govern renewable energy.

This decision is also likely to inform the legislative debate over House Bill 3362 that attempts to limit public participation in local legislative actions.  This bill comes from Eastern Oregon and the ongoing battles between the City of Bend, Deschutes County, and Central Oregon Landwatch.

Stay tune to both the legislative debate and LUBA’s treatment of Hatley v. Umatilla County on remand.