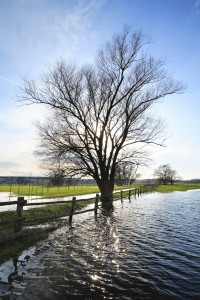 St. Bernard Parish Government v. United States, 2015 BL 127431 (Fed. Cl. May 01, 2015) was a takings claim brought by a local government and property owners affected by flooding by various hurricanes between 2005 and 2009.  Plaintiffs alleged that the U.S. Army Corps of Engineers (USACE) was negligent in failing to maintain a 76 mile long navigational channel and that this failure, combined with storm surges resulted in the damage and made these claims cognizable under the Federal Tort Claims Act and Louisiana tort law.  In previous litigation, the courts had made a factual finding that the USACE was negligent, but also found the USACE had discretionary immunity under the Torts Claim Act.  This phase of the case dealt with Plaintiffs’ takings claims.  The record showed that there were clear concerns that the USACE work would compromise the ability of the soils to hold together in the event of storm surges, that the USACE was more focused upon providing for navigability of waterways over safety of shorelands and starved for fiscal resources for the full works.  The court found that the Mississippi River—Gulf Outlet Channel (MRGO) was a “funnel” of destruction and had already destroyed several thousand acres of wetlands in its creation.  The federal government was contemplating its closing the MRGO when a series of hurricanes, including Katrina and Rita, caused great damage to the area.

The court determined it had jurisdiction under the Tucker Act, 28 U.S.C. § 1491 to deal with damage claims against the federal government under other substantive law, such as the Takings Clause, and found that the law of the case had already established standing.  The court also found sufficient lay and expert testimony to support the connection between the construction of the MRGO and the damages claimed on the basis of a temporary taking.  Under Arkansas Game & Fish Comm. v. United States, 133 S. Ct. 511, 522-23 (2012) the plaintiff in a temporary takings case must plead and prove:

(1) a protectable property interest under state law; (2) the character of the property and the owners’ “reasonable-investment backed expectations”; (3) foreseeability; (4) causation; and (5) substantiality.