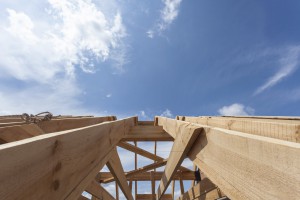 Tree of Life Christian Schools v. City of Upper Arlington, 2016 WL 2897658 (6th Cir.) involved Defendant’s denial of a rezoning to accommodate a religious school based on a master plan policy to maximize income tax revenues from commercial uses. Plaintiff claimed a violation of the “equal terms” provisions of RLUIPA by which religious assemblies or institutions may not be treated on less than equal terms compared to non-religious counterparts. The Sixth Circuit concluded this question to be factual, rather than legal.

Hope Rising Community Church v. Municipality of Penn Hills, 2015 WL 7220380 (W. D. Pa.) involved a growing church congregation that leased an industrial building, making $7000 in improvements and gaining $10,000 in materials and labor donated by members. The pastor claimed that the staff gave him the verbal go-ahead, but the staff denied such a conversation. When the pastor applied for an occupancy permit, it was denied and the church was ordered to stop holding services at the site. Under defendant’s code, churches are only allowed as conditional uses in residential zones, and not permitted in the Light Industrial District where Plaintiff’s site lies. Uses not permitted outright or conditionally under the code are deemed prohibited. Defendant also denied Plaintiff’s use variance application, so the only uses recognized by Defendant are clothing distribution, food bank and volunteer meetings. The church alleges its membership attendance has dropped from 85 to from between 27 and 40.