By Cynthia Fraser on 6.23.14 Posted in CERCLA, Real Estate 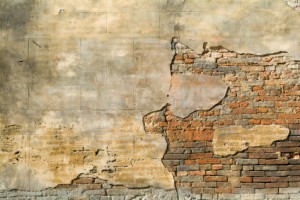 Innocent Property Owners may no longer be protected by federal legislation meant to toll the statute of limitations on an action against a late discovery of contaminated property.

In CTS Corporation v Peter Waldburger et al., 573 U.S. ____ (2014),  the United States Supreme Court ruled that state law may override federal legislation meant to protect a property owner when the discovery of environmental contamination is years after the release.

Congress enacted the Comprehensive Environmental Response, Compensation and Liability Act of 1980 (CERCLA), including a provision that, by its terms, pre-empts statues of limitations applicable to state-law tort actions in certain circumstances with respect to an injury from a release of hazardous substances. Under these provisions, the statute of limitations begins to run on an action after the property owner or person discovers that the harm to their property or person was caused by contamination of a previous property owner or another person.

However, several states, including Oregon, Connecticut, Kansas, North Carolina, and Alabama, have statutes of repose that limit the time frame a property owner may bring a cause of action regardless of the date of discovery of the contamination or its source.

In North Carolina, homeowners challenged their state’s statute of repose that limited its ability to seek compensation for the release of hazardous substances 24 years before by an electronic manufacture that contaminated their property. The state’s statute of repose limited any cause of action to 10 years after the last culpable act, regardless of discovery of the contamination or its source.  The question presented to the United States Supreme Court was whether a federal statute on the timeliness of suits for harm caused by environmental contamination, 42 U. S.C. §9658, preempts North Carolina’s 10 year statute of repose provision.

In the ordinary course, a statute of limitations creates a time limit for suing in a civil case, based on the date when the claim accrued, and is often based on the date of discovery of the harm.  A statute of repose puts an outer limit on the right to bring a civil action, not from the date of discovery, but from the date of the last culpable act or omission of the defendant. In a 7 to 2 decision, the Supreme Court held that a statute of repose is not within the pre-emption mandate of the act, and that §9658 addressed statute of limitations by its express terms but that language did not include pre-emption of a state’s statute of repose. Thus, because the states are independent sovereigns, the police powers of the state are not superseded by the Federal Act, unless there is a clear manifest from Congress.

The Court reversed the Court of Appeals for the Fourth Circuit dismissing the homeowners’ state law claim for water contamination against the electronic manufacturer; 42 U.S.C. §9658 pre-empts only statutes of limitations and not statutes of repose.  The question now remains, will additional state legislatures adopt statutes of repose in light of this decision.

Cynthia M. Fraser is an owner at Garvey Schubert Barer in the firm’s Portland Oregon office.