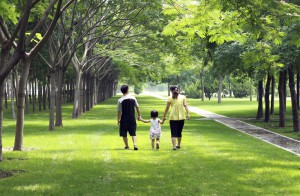 Most of us in the United States are philosophical descendants of a Middle Eastern pioneer who left his parents’ home and ventured to a new land.  He was inspired by his firm belief in monotheism, and his descendants founded the Jewish, Christian and Moslem faiths.  Aside from the stories about his destruction of idols in his father’s shop, Abraham was well known for his hospitality towards strangers.  The bible describes how he washed the feet of travelers who came to his tent after crossing the desert.  In the realm of human behavior, this progenitor of three great world religions is best known for welcoming the stranger.

During this time of tumult over refugees coming to our shores, you might think I’m writing about the influx of Syrian’s fleeing war in their homeland. No, I’m a real estate and business lawyer, not a politician. This message is about welcoming the participation of foreigners in our real estate markets, especially our Pacific neighbors – the Chinese.