In our upcoming Short-Term Rental Updates, we will share with you the latest news and stories related to short-term rentals, with a focus on industry-wide trends and regulatory developments, enforcement, and practical implications for owners and operators. Anyone involved in this industry knows that it is continuing to experience immense expansion pressure from companies looking to play in the space, from long-standing industry behemoths to scrappy start-ups and everything in-between. The growth side faces strong competition from local governments attempting to regulate an industry that is constantly evolving and innovating. In this inaugural Update, I'd like to share with you some interesting notes from this week’s news: 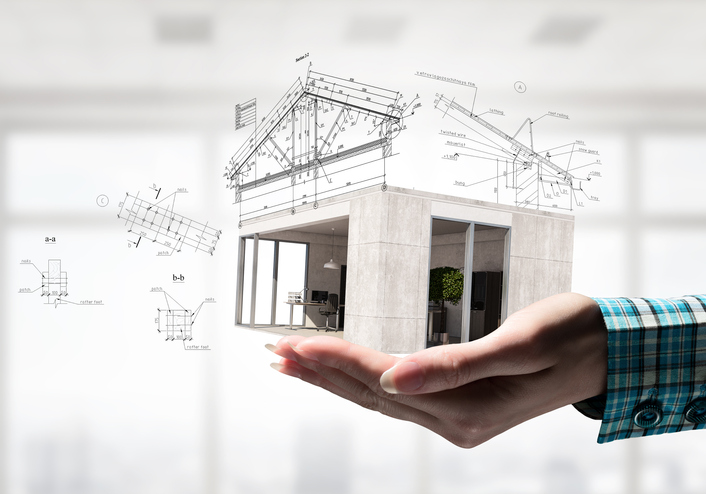 Airbnb to start designing homes next year with new “Backyard” business
The Real Deal - Miami, December 3, 2018
Airbnb continues to rethink the concept of home with its new "Backyard" initiative. Protocols of the home designs, ranging from guest houses to multifamily homes, are expected to be released in 2019.

Portland inches closer to catching rogue Airbnb listings
The Columbian - Business News, November 25, 2018
The City of Portland expects to finalize a data-sharing agreement with Airbnb in January of 2019. The agreement is aimed at bolstering the city’s enforcement efforts and will be key to ensuring the company’s rentals comply with local permitting laws.

Airbnb faces Israeli class-action lawsuit for delisting settlements
Reuters Technology News, November 23, 2018
Lawyers launched a class action lawsuit in Israel on Thursday against Airbnb, accusing the company of “outrageous discrimination” and demanding monetary damages after it withdrew listings of Israeli settlements in the occupied West Bank. The logo of Airbnb is displayed at an Airbnb event in Tokyo, Japan, June 14, 2018. The San Francisco-based company said this week it was removing listings of around 200 homes in settlements after hearing criticism from people who “believe companies should not profit on lands where people have been displaced”.

Airbnb rules clear another hurdle after 3 years of debate at L.A. City Council
LA Daily News, December 5, 2018
City leaders are attempting to craft a policy that pleases both short- term rental hosts who say their livelihood depends on the practice and critics who say it is contributing to the city's housing shortage and affecting quality-of-life issues in some neighborhoods.

Sun City worries that Airbnb renters are too young
AZ Central - Business News, December 4, 2018
In the age-restricted Sun City, residents are complaining about homeowners renting their places to young people through websites like Airbnb.

Bed tax brawl: Airbnb sues Palm Beach County
Florida Politics on Dec 3, 2018
Airbnb filed suit against Palm Beach County Monday over the county tax collector’s charge that the vacation rental company should be policing listings on its platform for users who aren’t paying bed taxes. The lawsuit, filed in Palm Beach Circuit Court, centers around a rule that requires users who list homes on the site, also known as “hosts,” to register with the county, pay an annual fee and submit a monthly tax return for the 6 percent bed tax Palm Beach County levies on short-term rentals. Under the rule, hosts who don’t give the county their cut can be assessed a fine of up to a $500 per day per unit. And Palm Beach County Tax Collector Anne Gannon believes Airbnb should be responsible for ratting out users who don’t comply with the county’s ordinance.

How Phoenix neighbors fought against an Airbnb rental home in their neighborhood — and won
AZ Central - Phoenix News, November 30, 2018
Judi Murphy had lived in the north Phoenix neighborhood of Royal Crest Villa for 48 years when an Airbnb moved in earlier this year. Neighbors say the new owner was renting the property out as an Airbnb, after a state law passed in 2016 expanded protections for short-term rentals. Airbnb and VRBO are two popular websites for people to rent homes for short-term stays that can be for a couple days or up to a week. People can rent out their homes on occasion, but some investors turn their properties into year-round vacation rentals. The neighbors, on a quiet street with perfectly manicured green lawns and children playing in the street, were immediately skeptical. Soon after came the renters, who brought an increase in noise, traffic and even recreational use of marijuana, according to the neighbors. "We were all on edge," neighbor Holly Keeble said. "It was taking away our quiet enjoyment of living." She and her neighbors joined together to change the neighborhood rules to ban short-term rentals.

Big Isle passes bill regulating vacation rentals
Honolulu Star Advertiser - Hawaii News on Nov 23, 2018
Big Island officials have passed a bill prohibiting short-term vacation rentals in residential and agricultural zones. The Hawaii County Council voted 6-1 Tuesday in favor of the measure, sending it to the county Planning Department to draft rules, West Hawaii Today reported. The rules, which will go through a public hearing, are expected to be finalized by April. Under the zoning ordinance, the bill classifies a short-term vacation rental as a dwelling unit where the owner or operator does not live on-site. The unit cannot have more than five bedrooms for rent, and its rental period cannot exceed 30 days.

Facing Airbnb suit, Boston to delay some short-term rental rules
Boston Globe - Headlines on Nov 21, 2018
The City of Boston will delay implementing key provisions of its new rules regulating short-term rentals for at least a few months while it contends with a lawsuit from Airbnb.

Miami Beach cut off his water to get him to pay $200K in Airbnb fines. It didn't work.
Miami Herald, December 4, 2018
Miami Beach turned off a homeowner’s water to try to get him to pay $200,000 in short-term rental fines. It didn’t work. On Monday Miami-Dade Judge Jennifer Bailey ruled that Miami Beach has to immediately restore water service to 3098 Alton Rd, which the city cut nine months ago in a last-ditch effort to get Ralph Serrano, 47, to pay up. Serrano sued Miami Beach last week for what he calls “constitutionally excessive fines” and “strong-arm tactics” related to the city’s short-term rental ordinance — the strictest of its kind in the country.  “I think this amounts to an emergency,” said Bailey of Serrano’s emergency request with the court to get the water restored. “This is a complete standoff over these fines.”'