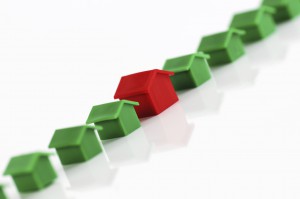 County of Westchester v US Department of Housing and Urban Development, 2015 WL 5616304 (2nd Cir.) was a challenge under the Federal Administrative Procedures Act by Plaintiff County against the Department of Housing and Urban Development (“HUD”), a federal agency that could dispense housing funds under the Community Planning and Development Formula Grant Programs, but did so under certain conditions. This challenge was the culmination of litigation begun in 2006 by the Anti-Discrimination Center of Metro New York, which brought a Qui Tam case against Plaintiff, alleging that it had falsely certified its housing program to receive federal housing funds from 2001-06 by falsely setting out an “analysis of impediments” to fair housing (“AI”) and develop strategies to overcome the same, both of which actions are required by federal law.

In 2009, before the litigation was concluded, the federal government intervened and presented the court with a consent decree, by which Plaintiff avoided potential treble damages of over $150 million and agreed to pay the federal government $30 million. $21.6 million would be credited to affordable housing programs, and to take other steps to further fair housing including spending another $30 million to build 750 units of affordable housing over seven years. The decree also required appointment of a monitor to assure implementation of the decree over its lifetime.

HUD continued to withhold funds because Plaintiff did not enact local legislation barring discrimination based on “source of income” and overcome “exclusionary zoning practices.” In 2013, the Second Circuit affirmed a trial court order that found Plaintiff had breached the consent decree. Plaintiff submitted studies purportedly to meet its obligations, but HUD rejected them as well and declared its intent to reallocate funds for the 2011 to 2013 fiscal years. Plaintiff then filed this declaratory and injunctive suit, but the trial court dismissed the same, finding HUD’s action “committed to agency discretion by law” and that Plaintiff had failed to state a claim. The Second Circuit affirmed that action to funds that had been reallocated, but not as to $752,844 of HOME funds, because the allocation of those funds had judicially reviewable standards that should be utilized.

The Monitor concluded that the County’s AI conclusion that there were no exclusionary zoning laws in the county or its municipalities was “flawed, inaccurate, or incomplete.” The report was modified after the Monitor and some of the villages agreed to modify their housing and land use laws and, even though HUD said it would accept the modified AI (which also set forth other impacts on affordable housing that must be met in the future), Plaintiff declined to adopt that report, so HUD reallocated the remaining HOME funds from 2011 to 2013, as well as its ineligibility to qualify for other HUD housing funds and reallocation of FY 2013 and 2014 housing funds. The trial court decided against Plaintiff on the merits and this appeal followed and the court framed the question as follows:

Three HUD housing programs were involved, the Community Development Block Grant (CDBG) program, the Emergency Solutions Grant (ESG) and the HOME Investment Partnerships Program (HOME), the authorization for all of which incorporated the Fair Housing Act by reference, and all of which requires a certification that the use of federal funds will “affirmatively further fair housing.” That certification must be accompanied by written evidence. The court added:

By regulation, the mandate to “affirmatively further fair housing” requires the grantee to “conduct an analysis to identify impediments to fair housing choice within the jurisdiction, take appropriate actions to overcome the effects of any impediments identified through that analysis, and maintain records reflecting the analysis and actions in this regard.” Moreover, grantees under all three programs must recertify each year that they are fulfilling their obligation to “affirmatively further fair housing.” (Footnotes omitted).

The Court turned to the County’s objections, beginning with the allegations that HUD acted arbitrarily and capriciously, abused its discretion or otherwise not in accordance with law and noted that it used a deferential standard of review. Because it found that Plaintiff’s AIs contained inadequate analysis and concluded that none of its municipalities had exclusionary zoning laws under state and federal law without support in the record, the Court upheld HUD’s actions. Because exclusionary zoning can violate the Fair Housing Act and the federal legislative mandate that HUD must affirmatively further fair housing, it was reasonable for HUD to require an analysis of local zoning laws, to consider the detailed criticism of the Monitor, and to enter findings and provide opportunities for Plaintiff to submit an adequate AI. There was no APA violation in those actions.

As to other statutory claims that prohibit HUD from requiring it to change its zoning laws, the County’s allegations fail as well, for the federal requirements are aimed at the AI, not a requirement to change local zoning regulations:

HUD did not at any point tell the County that its CPD funds would only be released if certain municipalities in the County changed their zoning laws. Instead, HUD required the County to assess and analyze whether certain zoning laws in the jurisdiction impeded fair housing and, if so, to identify a plan to overcome the effects of such impediments. * * * No federal law requires HUD to accept a jurisdiction's AI, particularly if HUD concludes that the analysis on which the AI is based is unreliable or methodologically unsound. Rather, the statute requires that a jurisdiction's certification to HUD be accurate and based on “supporting evidence,” and HUD is permitted to reject a housing strategy as “substantially incomplete” if it decides that the AI and the associated certification are flawed or inaccurate. (Footnotes omitted.)

Because the County used the same “boilerplate” language to justify the zoning regulations of every one of its municipalities (i.e., that their zoning laws did not have a disparate impact on minorities and did not pose an impediment to affirmatively furthering fair housing) and this repetition was not supported by the available data and was not adequately analyzed. The court added, regarding the restrictive practices (including exclusionary zoning) that were found:

Such limitations may in fact have an exclusionary effect based on race, national origin, or familial status, which the data supports. The [County's] refusal to acknowledge any connection between zoning restrictions that affect the availability and location of affordable housing and fair housing protections directly challenges the Court's rulings on the matter and the [consent decree] itself. HUD therefore cannot accept the County's Zoning Submission. Thus, the County's AI remains unacceptable. (Footnote omitted.)

Thus the trial court decision in favor of HUD was affirmed.

This case is a portent of things to come. Although couched in administrative law language, HUD’s implementation of federal housing policy is significant. Moreover, the focus on the analysis of impacts and obligation to affirmatively further fair housing (as opposed to direct federal mandates in the field of local land use) will likely play a more significant role in changing the face of urban life in this country. Interesting times are upon us.