Pennsylvania Court Finds Hospice Is Single Family Use
By Foster Garvey on 7.1.16 Posted in Zoning
PDF 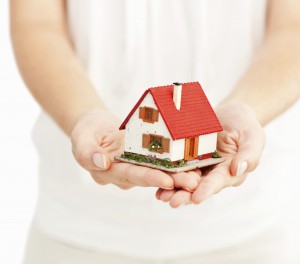 Hartman v. Zoning Hearing Board of Cumru Township, 2016 WL 555676 (Pa. Cmwlth.) involved a challenge to respondent’s approval of an application by the St. Francis Home for a residential building permit in a single family zone to provide treatment to up to three terminally ill patients in a family-like environment, each having their own bed and bath rooms with a common living, kitchen, and dining area. Volunteers would provide for comfort and care, but the residents would have their own support services for such items as nursing and healthcare. An adjacent landowner appealed the grant of these and related permits and respondent found the use to be lawful in a single-family zone. The trial court affirmed.

While the use of a dwelling by four or fewer unrelated individuals was allowed by the township, petitioner pointed to Albert v. Zoning Hearings Board of North Abington Township, 854 A2d 401 (Pa., 2004), which invalidated “family” status to 15 women residents of a halfway house because of the rapidly changing nature of household composition – a resident could move home in as little as two months of arrival. The court found that residents in this case will likely remain until their passing and do not otherwise have to leave if they survive for six months or more. Moreover, the court found this living situation to be akin to a conventional functional family and the term “family” under the zoning ordinance includes domestic servants, such as the volunteer care providers. The court used the rule of interpretation of a zoning ordinance that the most generous interpretation to the landowner must prevail in construing the providers as domestic servants.

The court noted that the subject property had transferred from a donor to a charity during the building permit proceedings and determined that, as both agreed on the use of the property, the issue was immaterial. The court also found that the Board’s solicitor’s personal testimony in the case to the advantage of the applicant, would not amount to bias and was not improper, especially as petitioner did not object to the same. The court also upheld the decision of the Board not to allow evidence on traffic congestion, as this was irrelevant to the issue of whether the use involved a “family.” The trial court decision was thus upheld.

This case illustrates the interpretation of the ever-shifting definition of “family” to deal with the realities of modern life.