Non-Binding Policy Document Produced by a White House Council Without a Chairman Nevertheless Expected to Have Significant Impact on NEPA Studies and Climate Change
By Aaron Edelman on 8.26.16 Posted in Environment
PDF 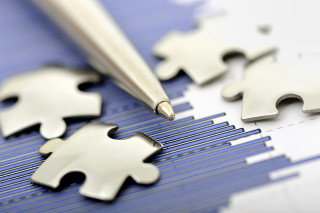 Aaron Edelman is a guest author and a law clerk at Garvey Schubert Barer's Washington, D.C.'s office. You can reach Aaron at aedelman@gsblaw.com or at 202.298.1738.

The White House Council on Environmental Quality (CEQ) recently issued its final guidance to agencies to incorporate greenhouse gas (GHG) emissions and climate change into environmental reviews done in accordance with the National Environmental Policy Act of 1969 (“NEPA”). This release was the culmination of six years of work – building off of drafts released in 2010 and 2014.

NEPA requires federal agencies to consider the environmental implications of, and alternatives, to certain actions - encompassing a broad range of decisions, including, “new and continuing…projects and programs entirely or party financed, assisted, conducted, regulated, or approved by federal agencies."

An EIS is required for “major federal actions significantly affecting the quality of the human environment.” The EIS process requires the preparation of a Draft EIS, a public notice and comment period, and the preparation of a Final EIS.   Agencies preparing an EIS must address comments received and ultimately produce a Record of Decision (“ROD”).  A Final EIS is challengeable in federal district court.

The CEQ coordinates federal environmental efforts, including NEPA implementation across all federal agencies, and issues regulations and guidance in order to carry out its task of harmonizing agency compliance with NEPA.

CEQ’s new guidance document specifically directs agencies to: (1) quantify GHG emissions when possible; (2) use agency experience and judgment to determine the extent quantitative or qualitative analysis is required; (3) consider alternatives that would leave affected areas more resilient to climate change; and (4) use existing information and science in making assessments.

The CEQ guidance was accompanied by a list of available GHG accounting tools that can be used to facilitate more quantitative analysis of climate change. Centralizing these resources serves the dual purpose of further pushing agencies to use quantitative analysis and showing the extent of existing resources that can be used to follow CEQ’s guidance without imposing a significant burden on the agencies.

Among the many consequences of climate change highlighted by CEQ, the guidance specifically raises the expectation of, “more frequent and intense heat waves, longer fire seasons, more severe wildfires, degraded air quality, more heavy downpours and flooding, increased drought, greater sea level rise, more intense storms, [and] harm to water resources…” as part of the necessity for agencies to factor these anticipated effects into their environmental assessments. This points to particular vulnerabilities for water management projects and coastal projects.

Additionally, the CEQ guidance document highlights, “the value of monitoring to ensure that mitigation is carried out as provided” in any final agency decision. The guidance document directs agencies to, “identify those mitigation measures that the agency commits to take, recommends, or requires others to take.” This is particularly significant because it increases the ongoing agency responsibility for environmental impacts once the study has resulted in a final agency decision.

Some opponents of the guidance have attempted to undermine it by objecting to CEQ’s lack of a Senate-confirmed Chairman or Acting Chairman. However, the Congressional Research Service (CRS), the nonpartisan research arm of Congress, published a brief Legal Sidebar that has been made public that supports CEQ’s position by noting that there is nothing in NEPA providing clarity on whether any duties of the Chairman are “nondelegable” and noted that because the guidance is nonbinding policy that cannot be legally enforced, it is unlikely that the current lack of a Chairman affects its legal status.

Nonbinding and Non-Enforceable, But Expected to Have a Significant Impact

The agency guidance is nonbinding and cannot be legally enforced. Further, CEQ, “does not expect… agencies to develop new implementing procedures” in response to the guidance. However, the Administration says that the guidance will provide, “greater clarity and consistency” across agencies and expects that agencies will, “review their NEPA procedures and propose any updates they deem necessary or appropriate.”

Additionally, the legal analysis from CRS noted, “nonbinding agency guidance documents have been used by some courts as persuasive authority and the simple existence of this guidance pushes agencies to act in order to survive legal challenges for NEPA studies.”

Since the standard for passing NEPA muster is whether an agency has sufficiently studied potential impacts and alternatives, this guidance naturally leads to the consideration of whether the guidance was followed or ignored by any agency facing a legal challenge for its proposed action. An agency would also have to defend whether a significant final NEPA decision made without quantitative analysis could really be a “hard look” at potential consequences when existing resources have been made readily available.