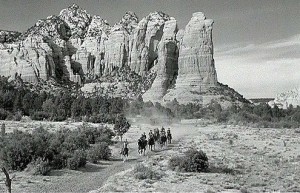 Avenue 6E Investments, LLC v. City of Yuma, 2016 WL 1169080 (9th Cir.), involved the denial of a rezoning, notwithstanding the recommendation of approval by both the professional planning staff and the City’s Planning and Zoning Commission. Plaintiff developers brought these proceedings under both the Equal Protection Clause and the federal Fair Housing Act (FHA), alleging the denial was both intentional and also disproportionally deprived Hispanic residents of housing opportunities and perpetuated segregation. The subject denial was the first in three years and 76 rezoning applications.

The trial court had granted the City’s motion to dismiss without leave to amend for failure to state a claim under the Equal Protection Clause and FHA, granted summary judgment under the FHA, finding another summary judgment motion moot. The Ninth Circuit first reviewed the grant of the motions to dismiss to determine whether a claim was plausible and the subsequent denial of leave to amend would be upheld only if there was no way the claim could be saved by amendment. All appealed lower court actions were reviewed de novo.

Plaintiffs are developers of affordable and moderately priced housing and have a reputation for selling their products to Hispanic buyers. The proposed development is in an area that is 75% white. Defendant had conducted a series of Analyses of Impediments, as provided under the FHA, which showed concentrations of Hispanics in certain sectors of the City, while others, including the subject site, were in majority white areas. The city’s planning efforts recognized the need to encourage affordable housing outside areas of Hispanic concentrations and noted the relationship between race and ethnicity and affordable housing.

The area around the subject site had higher minimum lot sizes, and was planned for public use or was age restricted. In 2008, plaintiffs determined the housing recession would not allow development of 8000 square foot lots and requested a zone change to allow for 6000 square foot lots. At the hearing before the City’s Planning and Zoning Commission, opponents complained that the plaintiffs “catered” to low and moderate income families, that families in the developments would be larger, that single family homes would be used for multiple families, that multiple vehicles would be parked in the streets and yards, that unattended children would roam the streets, and that buyers lacked pride of ownership and would not maintain houses – stereotypical comments for Hispanic neighborhoods in the City. Both staff and the Commission (unanimously) recommended approval, but the City Council, after hearing similar comments that the development would create a “low-cost, high crime” neighborhood, denied the application, despite plaintiffs’ offer to create a buffer of 8000 square foot lots around the existing residential area.

After plaintiffs filed these proceedings, the City responded with the motions to dismiss and two motions for summary judgment – the first alleging there were sufficient supplies of affordable housing in this area of the City and the second that there were adequate non-discriminatory grounds for denial. The trial court granted the first motion and found the second moot.

On review, the Ninth Circuit traced the history of the FHA, which inter alia, made it unlawful to deny or make unavailable housing because of race, color, religion, sex, familial status or national origin. FHA violations may be intentional – such as denial of a rental or failure to rezoning – where the facts demonstrate that intent to discriminate was a motivating factor in the denial – or an act that has a disparate impact on a protected class or otherwise perpetuates housing segregation with no legitimate reason. The latter alternative is available under the FHA to allow for correction of unconscious bias and a disguised animus that escape easy classifications that create “artificial, arbitrary and unnecessary barriers” to housing. The court noted that the places where people are born, raised and live is a powerful determinant of life outcomes.

The Ninth Circuit first turned to the intentional discrimination claim, using the Supreme Court decision in Arlington Heights v. Metro Housing Dev. Corp., 429 US 252 (1977) to determine whether race were a “motivating factor” in the denial, as shown by events leading to the decision, departures from normal procedures and substantive outcomes and disparate impacts. Examining the events leading up to the denial, the court said that a community animus against Hispanics could be sufficient, even if not shared by the decision makers, if those views were a significant factor in the decision. While there was no direct anti-Hispanic statements, the court noted that “code words” were used in lieu of such a statement (large families, developers “catering” to low and moderate income households, poor maintenance of houses, unsupervised children, etc.) to the extent that a reasonable jury might infer racial motivation. Under the circumstances, there was a sufficient showing of intent to survive a motion to dismiss for failure to state a claim. The Ninth Circuit also found intent in the City’s departures from normal processes and substantive conclusions – despite the favorable recommendation of staff and the Planning and Zoning Commission, this was the first rezoning denial in three years and 76 applications. Finally, intent may be shown by the impact falling more heavily on Hispanics in view of the historical patterns of racial and class segregation in the City. In view of the Analysis of Impediments, the statements in the City’s plan regarding affordable housing, city acknowledgment of the relationship between race and housing affordability, and census evidence (which showed a 29% income disparity between white and Hispanic households), the court was satisfied that it was plausible that the rezoning denial would have a disparate effect on Hispanics, so that the intent ground would survive a motion to dismiss for failure to state a claim.

The Ninth Circuit then turned to the grant of summary judgment to the City on the sole ground that other affordable housing was available in the area, finding that, even if true, those allegations would not defeat a disparate effect claim. Recently in Texas Dept. of Housing and Comm. Affairs v. Inclusive Communities Project, Inc., 135 S. Ct. 2507 (2015), the Supreme Court recognized the role of developers to vindicate the objectives of the FHA by preventing public agencies from enforcing arbitrary and discriminatory land use regulations by conscious or unconscious actions. The court concluded that, even if affordable housing were available in the area, that fact would not affect the analysis as to whether the denial caused a disparate impact by preventing a higher percentage of minority families from attaining housing, recognizing that housing is “comparable” not only in terms of price, but also other factors (schools, amenities and the like) that determine desirability to families. Accordingly, the remaining motion for summary judgment as to whether there were legitimate non-discriminatory grounds for the denial was not moot and that matter was remanded to the trial court for determination. The court also affirmed dismissal of a perpetuation of segregation claim in the absence of facts to the contrary. The case was remanded for further proceedings to determine whether there were equal protection and FHA violations.

This is a significant case and one of the first to follow from the Inclusive Communities decision by the Supreme Court that gives powerful impetus to the disparate impact claim under the FHA in the Ninth Circuit, in addition to finding sufficient grounds for intentional discrimination under the FHA using the Arlington Heights analysis. Unless modified or reversed in further proceedings, this case will loom large in Oregon housing law.